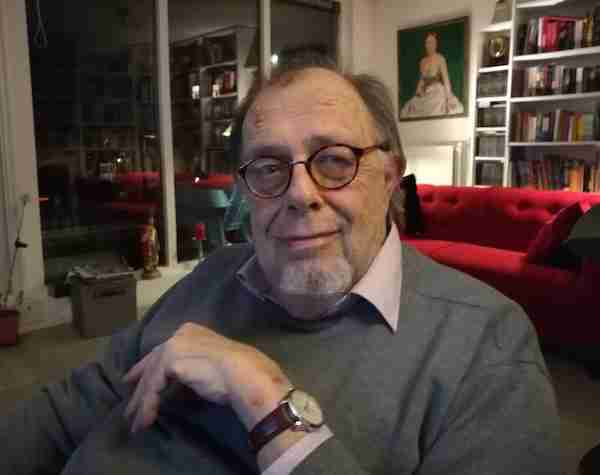 The vast collection of knowledge available on hobbyDB keeps growing with yet another diecast vehicle expert. Ben van Roode, best known as an author of articles and books about model cars, has joined the Advisory Council.

“I played as a boy of course with cars,” said Ben, who lives in The Netherlands. “Then in my teens model cars disappeared into the background because other interests took over.” The lapse wasn’t for long, however, as he got his first job at the age of 16 and began collecting Dinky toys along with other brands of model cars. “There was one slight problem. Sales girls did not ask whether it was a present, but supposed right away that the guy of 18 or so was not the one that would receive the gift,” he laughed. “So they wrapped it up in nice gift paper that I removed as fast as I could.

“Dutch society is more individual than ever today, though, and people do not judge about the hobbies you have.”

In his twenties, he joined the biggest society of Dutch diecast collectors. “Rather soon, I was asked to become a member of the board,” he said. “I started a club magazine and was responsible for the contents. In the meantime the number of members rose to around 5500. We celebrated the 25th jubilee in 1990.”

For the jubilee, the club organized a large exhibition of models in 80 glass showcases that was on public display for six weeks. The event was sponsored by BMW and opened by a member of the Royal family, it was a big deal. 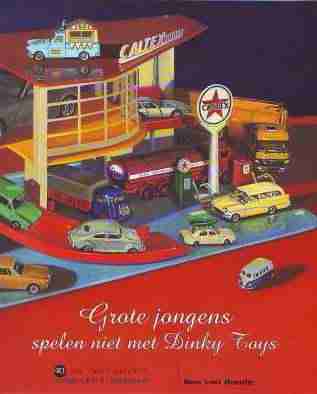 As an adult, Ben has written about model cars in Dutch and English. “I wrote among others for a Dutch classic car magazine. I wrote for MAR (Model Auto Review), and so on. In 2004 he wrote a book called “Big Boys Do Not Play With Dinky Toys,” a celebration of 40 years NAMAC (Netherlands Association of Model Auto Collectors) in a print run of 8500 copies. “American cars in all scales were a main theme for me,” he said about his collection, “but the club included models of cars from anywhere.” Despite leaving his functions in the club, he was made a honorary member for life.

Despite many collector clubs losing membership in recent years, the NAMAC continues to thrive, with over 5000 members. “Every two months there is a large model car fair in the center of the country. With over 500 tables and around 6000 visitors, it’s the largest fair in Europe that’s organized this frequently.” Collectors and traders from Belgium, Italy, France, Germany, the U.K., and further away attend the meetings. 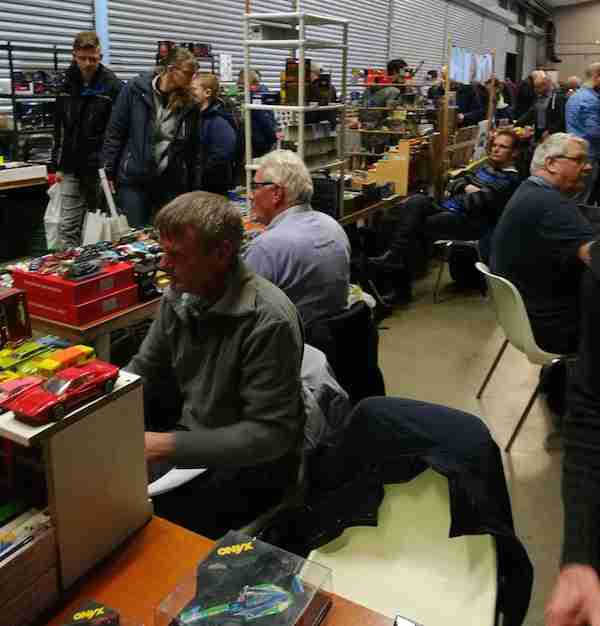 The mulit-annual NAMAC diecast shows are among the largest collector events in Europe.

Having recently moved to a smaller apartment, he decided to sell a large part of his collection (large in number and scale). “I now collect mainly 1/64 scale,” he said. “I love Johnny Lightning and to a certain extent also Matchbox and Hot Wheels. I was positively surprised when JL and Auto World returned with their new lines in 1/64.”

Ben’s interests extend beyond model cars, of course. “In art, I especially love the photorealism but am open to all painters, including the modern ones too. Architecture is another thing that interests me,” he said.

He creates his own art as well. “I draw a little myself, but it is not very good. I love collecting drawn art of cars that are drawn, like the Pontiac ads in the sixties and many other car art people, Ken Eberts, William Motta… the list is endless..” he said. “I made a little book of ads from American cars from American magazines.” As an appropriate soundtrack for enjoying Detroit steel, his Spotify account is populated with Motown and Pennsylvania soul music.

At 70 years old, he is nowhere near slowing down For one thing, he writes for Modelauto Krant, an online diecast blog. He volunteers as a member of the board for some charity organizations and still does personal writing. “I need my diary every day. You have to stay active in your life.”

It’s a joy to know someone who enjoys his hobbies so much. Welcome aboard, Ben!