Like many diecast collectors, Charles “Bud” Kalland started collecting a few favorites, mostly Ford high-performance models, and the hobby quickly mushroomed into an obsession. Also like many collectors, trading and selling a few extras became something of a business. And then it became his main business.

“My collecting over the years became a habit by holding on to items from trinket toys to classic cars,” he explained. “As my two sons grew up, there were toys that were cherished and played with and occasionally set aside for the future. At first it was trains. Then it was model diecast metal car kits of fantastic ‘Classic’ cars.”

He still has still have several Hubley kits from the late 1940s. When his sons wanted toy cars to play with in the 1960s, he bought them Hot Wheels cars because they wanted fast cars. “I still have some of those early redlines,” he said. “Serious diecast car collecting started in the ‘80s when his youngest son suggested he should start looking for special cars as he traveled the country on business.

As his collection grew, he started selling out of necessity to thin out his stash. “If I wanted to continue the hunt for special cars, I needed to sell something to make space for new ones. I’ve also changed the scale of my wants. If I want the highly detailed 1/18 scale casting, I better sell at least 10 1/64 scale cars. Yes, scale really matters.” 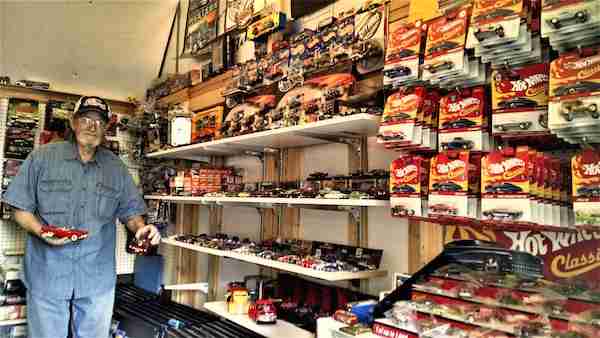 When he retired from his job, selling diecast became his new career. “I’m an early riser due to my ranching experience as a child,” Bud said. “If hunting brick and mortar stores in the early mornings is work, then that is my career now.”

He was impressed not only as a seller, but also as a collector. “Of all the internet sites I’m acquainted with, hobbyDB suits my interest best,” he said. “Facebook and social websites are a mess for accuracy, manufacturers are nice but it’s only about their brands. For me the internet isn’t just about entertainment, its mostly about accurate information.”

Bud has found success selling on scOOmer as well as in his store on hobbyDB.

As for collecting, he is first and foremost a Ford guy. “It has to be Ford related. I would guess that a GT 40 or Shelby Daytona could be considered my favorite models.” He’s willing to look at other marques of course, if the model appeals to him, of course. “I have many Hot Wheels from conventions that are signed by designers, but most importantly by Larry Wood.” His favorite signed item is a Classic series Hot Wheels Firebird Funny car from the only Hot Wheels’ Regional convention ever held in San Antonio.

Bud collects other brands of diecast as besides Hot Wheels. Among the most prized items in his collection are “a pair of M2 Shelby prototypes that were sent me by Sean Taylor with a personal letter of explanation.” 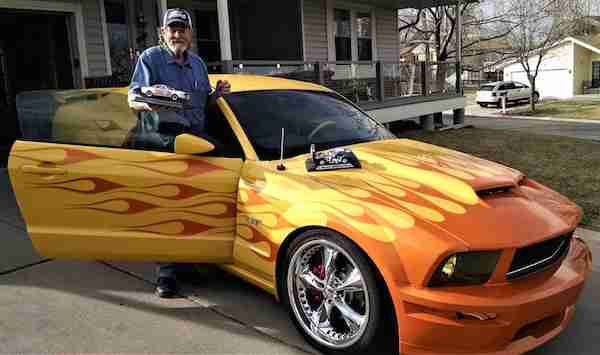 And yes, he enjoys 1/1 scale cars as well. “I’ve owned Shelby cars, Excaliburs, Jaguars and even a Peugeot,” he said. “Over the last 10 years I’ve been enjoying cruising in my highly customized Mustang GT. It was a show car for a few years. Then came a Shelby shop suspension and transmission overhaul… then leaded custom body work, then custom flamed paint job… I’ve  often said, ‘this car talks to me.’”

Next time you’re cruising scOOmer or hobbyDB, stop by his store and say hello!

Very nice!!! I’m proud to be part of hobbydb.

And we are pleased to have you on board and like the fact that you help build the database for all collectors out there.  Keep up the good work!