This article was originally written for Rareburg, who in 2016,  joined forces with hobbyDB to provide an excellent source of collectible knowhow for the community.

Some prefer to collect antiques pairs, whilst others concentrate on vintage 20th century heels. Even modern shoes have grown in popularity, with savvy collectors realizing their potential investment for the future. 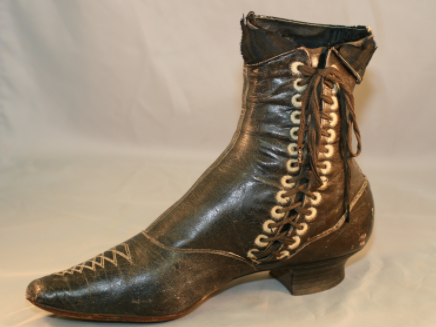 Reflecting our historic past and documenting the innovative progression of shoe design, long gone are the days where footwear is merely for protection against the elements. Now is the time for collecting shoes, the perfect excuse to buy more heels!

Of course we no longer use bark, grass or leaves, but have the privilege of choosing from a wide range of designs, materials, embellishments and visual treats for our feet. 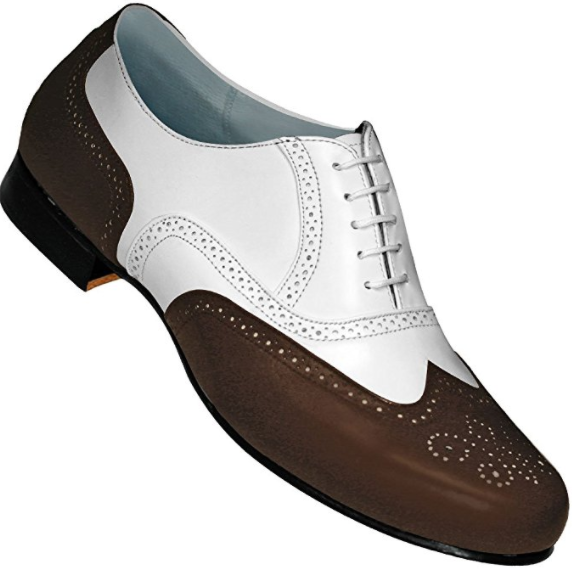 So where do you start when wanting to collect shoes? That all depends on your own personal style, taste and interest. Some have a love of the Victorian lace up boots, whilst others wanting to mirror 1920’s elegance opt for Mary Janes with beaded heels.

The 1940’s utility wear shoes are popular and more easily found, whilst good examples of the 1950’s winkle pickers, 1960’s go-go boots or 1970’s glam rock platforms are difficult to track down.

I personally love slightly more wacky shoes as it’s not so much about epitomizing an era for me but embracing visual imagination. I seek out contemporary heels that are slightly crazy, flamboyant and off the scale as I believe these could be the desirable and collectable pairs of the future. 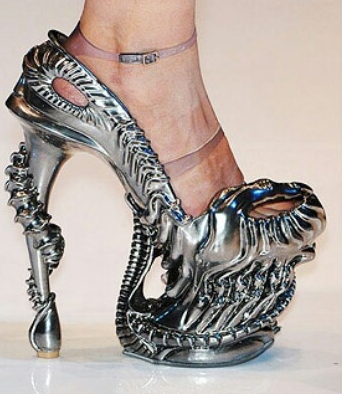 It is believed that the first instance where heels were worn for fashion was by Catherine de Medici when she walked up to aisle to marry the Duke of Orleans in 1533. Made in Florence, Italy, the shoes are reputed to have been just two-inches in height but gave Medici the advantage of projecting a more towering physique which was paramount as she was to be the Queen of France. The heels were a huge success and began to be worn by all the ladies in the French court as they associated them with privilege. 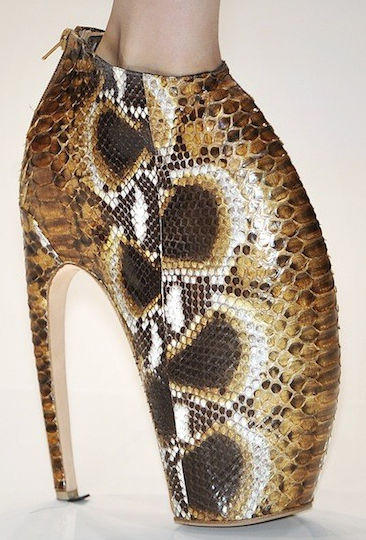 Whatever you choose, it is important to always buy the best your pocket can afford as condition is key when it comes to any fashion collectable. If you’re planning on wearing the heels, ensure they fit as vintage sizing is a lot smaller than modern. If you are like me though and see shoes as miniature works of art then you will be just as happy showcasing your fabulous heel collection in cabinets or on shelves so size doesn’t really matter… although it is better if you can wear them too.

“I design like an architect. It is a beautiful, distinctive art, and shoes are like the foundations.” Jimmy Choo 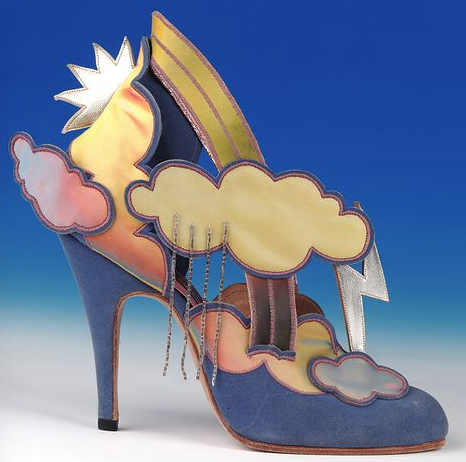 Look for key pairs either by renowned designers who have contributed to the progression of shoe design such as Vivienne Westwood, Alexander McQueen, Roger Vivier, Terry De Haviland, Salvatore Ferragamo, Manolo Blahnik and Christian Louboutin to name just a handful.

Alternatively, home in on heels that epitomize an era, however, there are no hard or fast rules to collecting shoes as beauty is in the eye of the beholder. As with anything collectable, rarity also plays a massive part of the collectability and the price you have to pay. 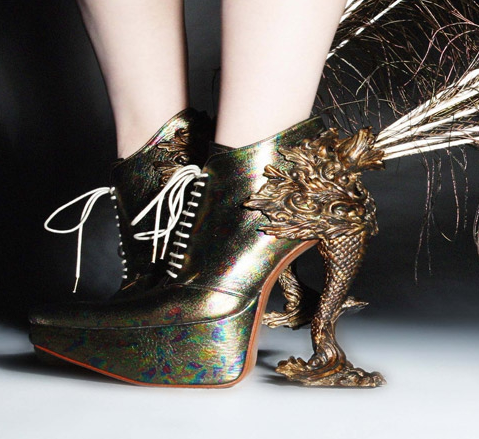 When starting out a shoe collection, begin by checking out charity shops, car boot sales, vintage fashion stores and online, perhaps investing in pairs from the 1920s onwards as they are more affordable.

If spending more than a few pounds then ensure you buy from reputable sellers. Many styles have been revisited in later years and modern designer shoes are often faked.

Shoe styles through the decades 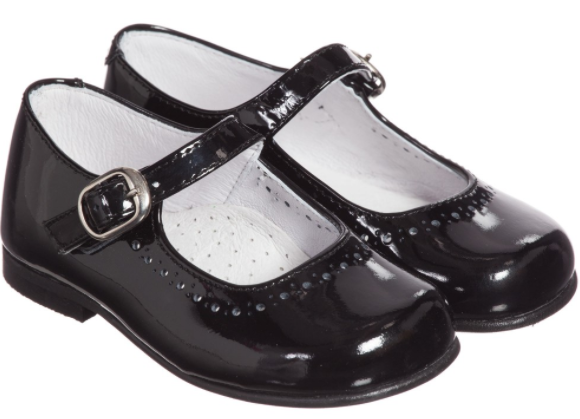 Mary Janes closed with at least one bar across the instep. These shoes were perfect for dancing the Charleston in as they didn’t slip off. Other styles worn during the 1920s included the T-bar and ankle strap shoes. All, however, displayed straps to keep the shoes in place and all had a heel of around two-inches in height. 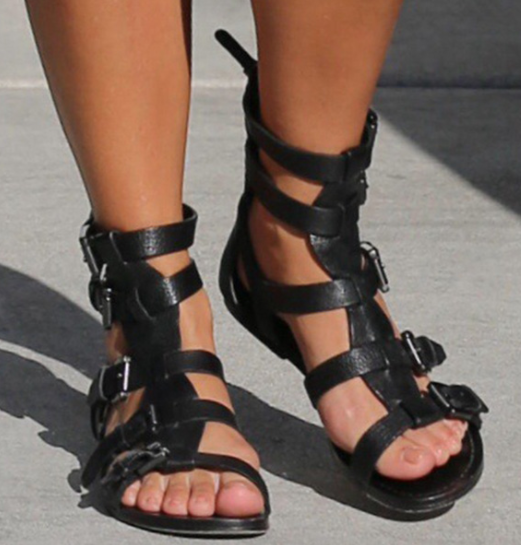 Rounded toe pumps, high heels, slip-on and lace ups. Two-tone colored shoes were also at the height of fashion, and the strappy sandal which had not made an appearance since the Roman era once again appeared as the style to be seen in. Having exposed toes, this elegant shoe was perfect for wearing to evening engagements. 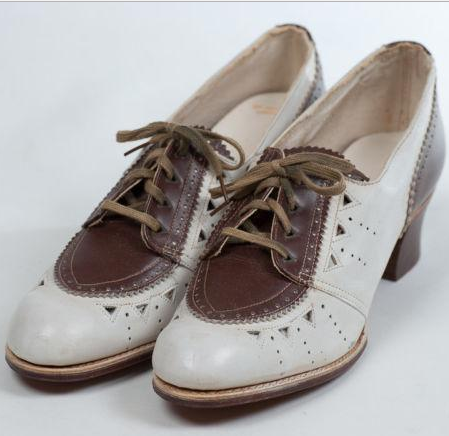 Favored designs would be round toed pumps with a small heel, sandals and court shoes. Dull colors reflected the military styles worn by the working women during the day with utility shoes dominant colors being black and brown. 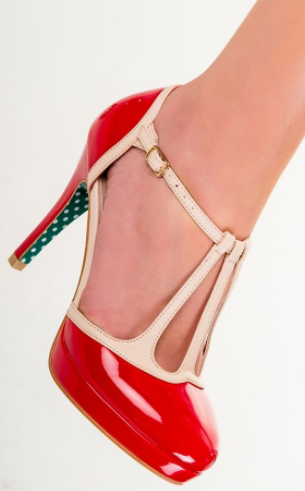 Varied with a choice of Lucite (Perspex) mules, court shoes, flats, sling backs and the prolific Saddle shoe (Oxfords). Closed fronted shoes became very pointed at the toes and backless mules known as ‘Spring-o-lators’ which possessed a bridge of elastic tape between the ball and the heel on the insole to keep the shoes in place when wearing stockings became en-vogue towards the end of the decade. Roger Vivier also introduced the stiletto heel known as the Little Dagger. 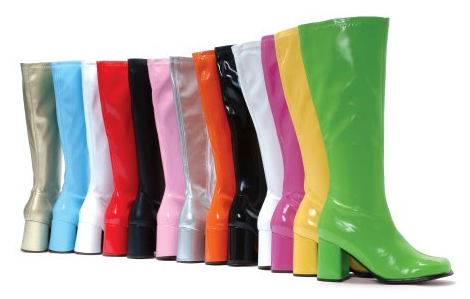 The Go-Go boot and plastic shoes, those made out of synthetic materials imitating leather and shiny patent, nearly always with a slender kitten stiletto. 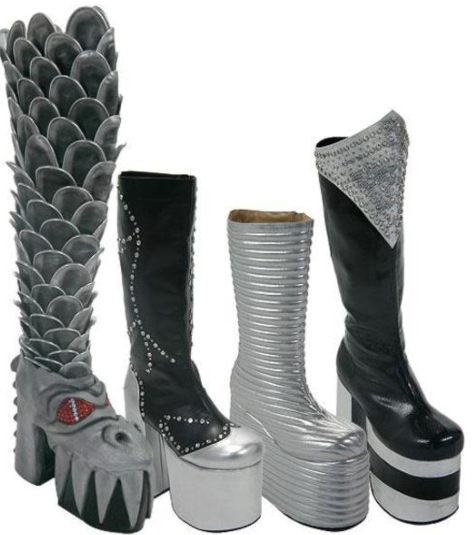 The Platform of course, the bigger the better!

Tracy’s Top Tip:
If you are extrovert enough, invest in Vivienne Westwood heels. Her vintage and modern heels are collected in their own right. Vintage 80’s Pirate boots, 1990s platforms and more recent bondage boots all have collectability.

A massive part of our fashion social history shoe collecting is fantastic fun (also a great excuse for buying yet another pair of heels) so why not indulge your fashion fetish as there literally is a shoe to satisfy every sole. 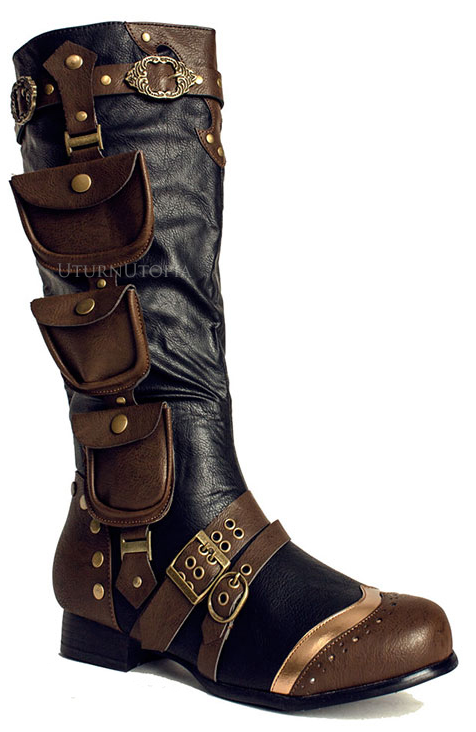