A Guest Blog Post by Mark Griffiths
This article was originally written for Rareburg, who in 2016,  joined forces with hobbyDB to provide an excellent source of collectible knowhow for the community. 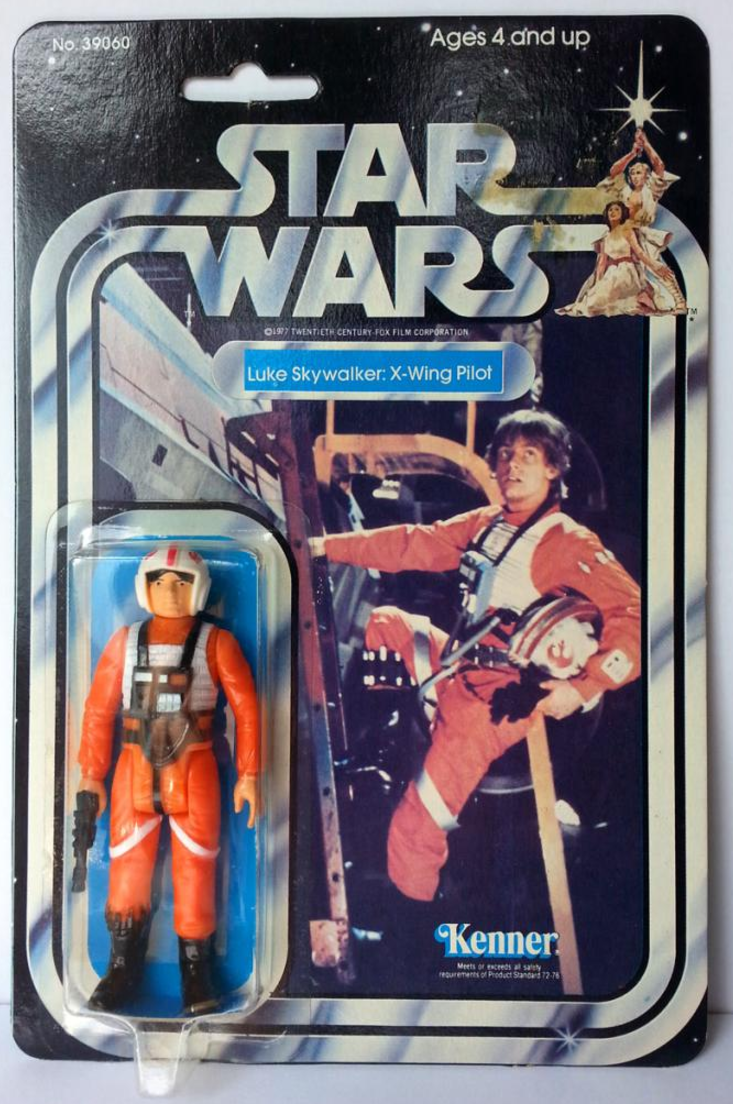 This guide to vintage carded Star Wars action figures will provide you with an insight into how to begin assembling a vintage Star Wars action figure collection (on cards) from the 1977 – 1983 era as working out just where to start can be a bit of a minefield. Return of the Jedi (ROTJ), Empire Strikes Back (ESB), Power of the Force and Tri Logo are just a selection of the different branded cards which exist, produced by Kenner and Palitoy with 65 back, 79 back and ‘Last 17’ (and more!) – the barriers to entry in collecting these treasures can be huge. 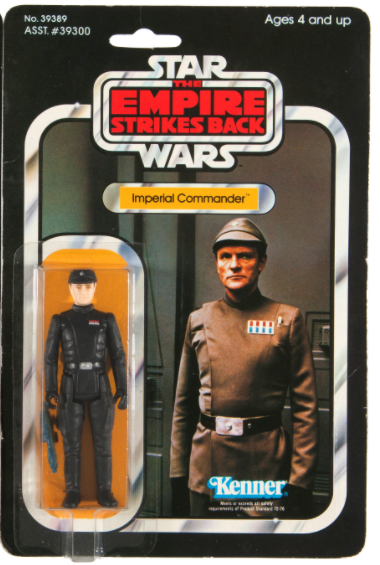 Not only is gaining a full understanding of the vast range of these 3¾ inch action figure produces a challenge, this is coupled with how ‘rare’ and ‘valuable’ is defined in different countries the world over.

My 30 years experience of collecting Star Wars carded action figures began back in 1984, after the final movie from the original trilogy had been released, when the obsession with the Star Wars franchise was well and truly over with the UK public. Believe it or not, I still remember working in my parents toy store having to re-box thousands of unsold action figures and playsets before shipping them back to the UK distributer as we could just not shift the stock. Just imagine having dozens of boxes of these gems in today’s market! From the crest of a wave 18 months previous we now had to make room for the next ‘fad’ as a range of merchandise from a Saturday morning cartoon called Transformers was on its way! 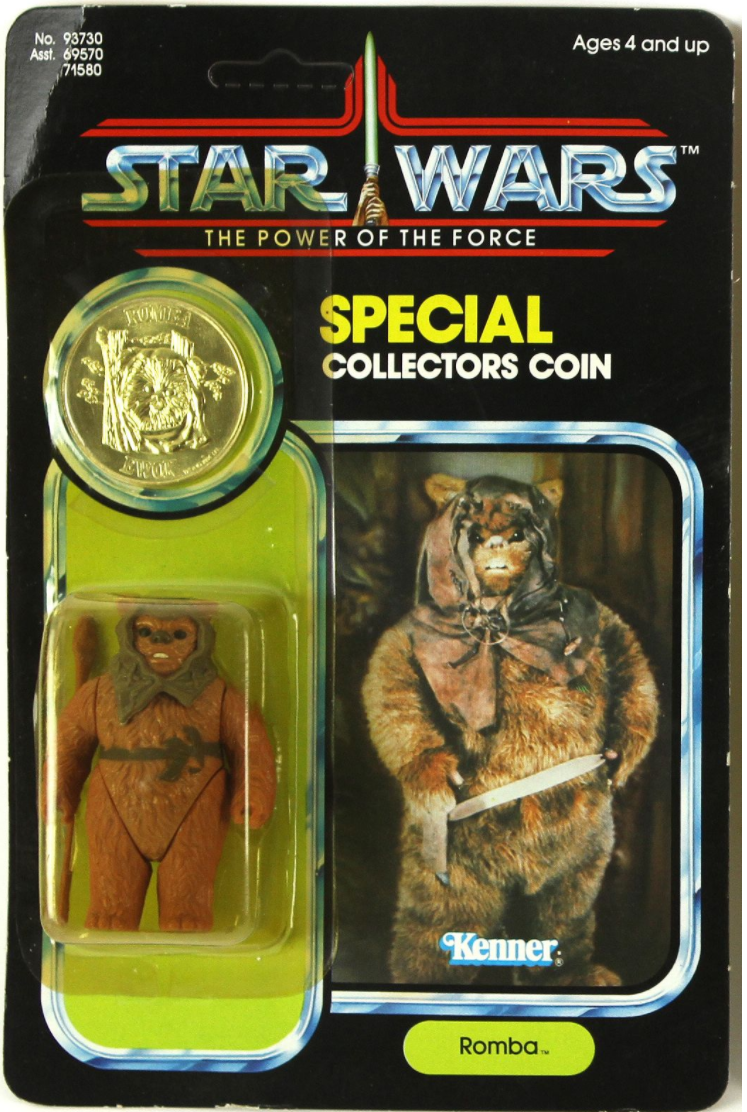 Since that time I have had a vested interest in collecting these figures and monitoring their values.

The late 1980’s and early 1990’s brought modest increases to most figures, but 1999 was a game changer. Episode 1: The Phantom Menace, produced 16 years after Return of the Jedi brought a great deal of attention back to the original action figure collection, just as The Force Awakens will in December 2015.

Although there had always been ‘hard to find’ figures such as Yak Face, Boba Fett with firing cannon and the elusive Jawa with plastic cape, the focus now began to move to a much broader range and the immense number of variations of each figure. 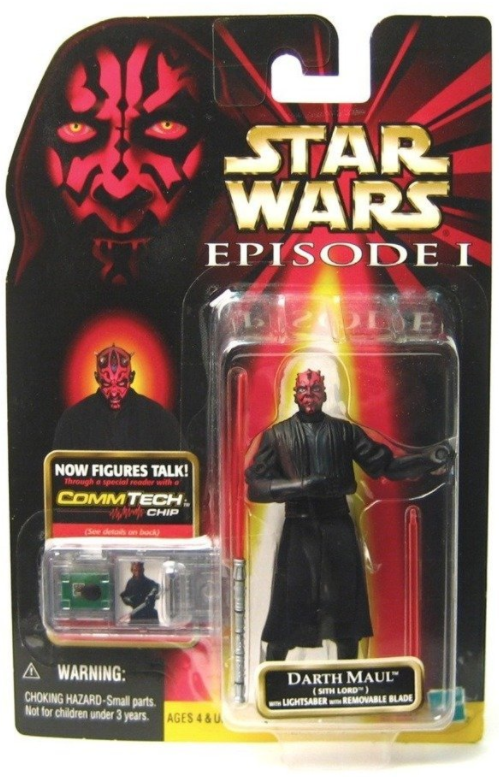 But apart from Episode 1 bringing Star Wars back to the forefront of the public’s hearts and minds, why this increase in prices for the original ’77 – ’83 merchandise? Obviously, the rareness of some of these original figures but it was more than that, it was the newly produced Power of the Force range brought out for the Phantom Menace movie. The figures were not well received by the public, confusing ‘Comm Tech’, massive quantities – hundreds upon hundreds in the range and of course Jar Jar Binks! Kenner also seemed wise to the marketing of the so called ‘rare’ figures in the range. Back in the 80’s these ‘hard to find’ figures almost came about by chance, this time it all seemed a little too well planned. 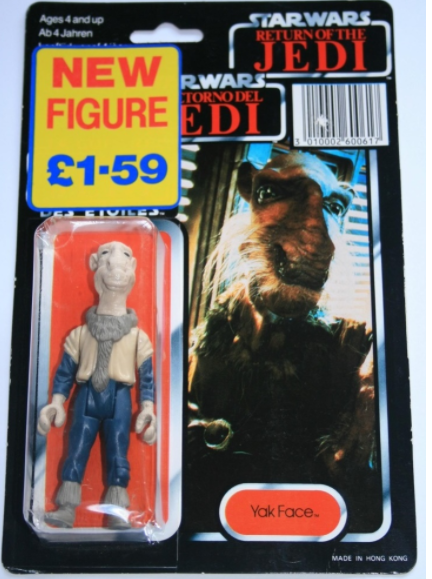 These figures, now 16 years old themselves struggle to break $10 each, with many exchanging hands for as little as $4 – Mint on Card (MOC). The remaining parts of the prequel trilogy, Episodes 2 and 3 did little to change the collector’s appetite for the updated range and instead, once again the focus reverted back to the vintage collection.

But which figures I hear you ask, which particular figures from the original series are still increasing in value? Well as I am sure you will agree, certain figures which were rare 10 years ago are now even more sought after with onset of time but there are still some figures which are financially accessible. The Rancor Keeper for example on a ROTJ card can be purchased quite easily on another marketplace for as little as $30. That same figure on a Tri Logo card however can be valued as high as 5 times that amount, approaching $200. Yes, thats right, $200 for one 3¾ inch action figure, and not a particularly rare one at that!

The reason for this huge range in valuation is largely down to the quality and type of card which houses the character. A ROTJ card is less rare, whereas the ESB and Star Wars increase in value dramatically. In fact figures on a Star Wars card can cost thousands of dollars, particularly key characters like Han Solo and Princess Leia. 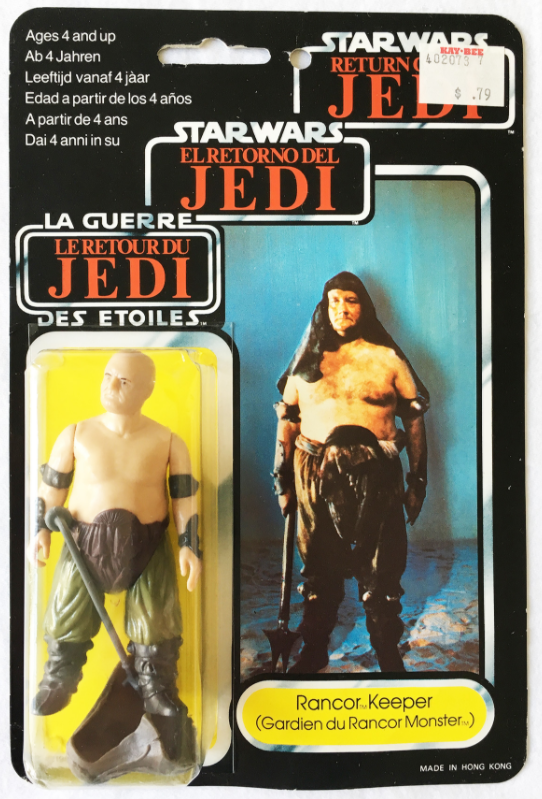 So what of Tri Logo cards, where do they fit into the equation? So the story goes, these figures were run off by Palitoy at the very end of the production of Star Wars figures – a combination of overproduced characters backed on cards for the European market and new characters never released in the USA, once again limited to European stores. This is why the value of these cards holds strong in the US market.

So, where would I begin, what advice would I provide to collectors hoping to move into the vintage Star Wars carded action figure market?

Begin at the end! There are so many variations of just 1 action figure, it would be extremely (financially) challenging to collect every figure from that era as there are literally hundreds and hundreds – just one selling for $18,000 at a recent auction in the North East. Therefore, decide on your target collection, whether that be a full set of 1 character on different cards or a full set of figures on 1 card e.g. a full set of ROTJ backed figures. 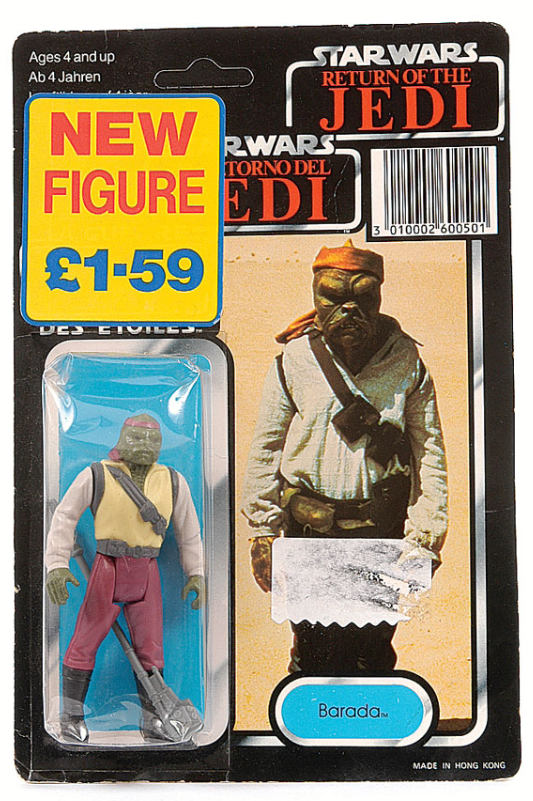 Do your research! Before you begin, consider how many figures there are in a particular collection, which are more common and identify those which are rare – how much are you willing to pay and how are you going to acquire them, there are more avenues than just another marketplace…?

Understand your Cards! Which logo – ROTJ, Star Wars, Tri Logo…how many figures on the back of the card e.g. a 65 back is sometimes worth more than a 79 back, is the card ‘punched’ or ‘unpunched’ and is the card flat and free from sun damage and tears?