Over the past two years, we’ve contributed articles to Die CastX magazine for publication on their website and in their quarterly print edition. We hope you enjoy this comparison of the DKW Junior and the Volkswagen Golf, two different lessons in German microeconomy. 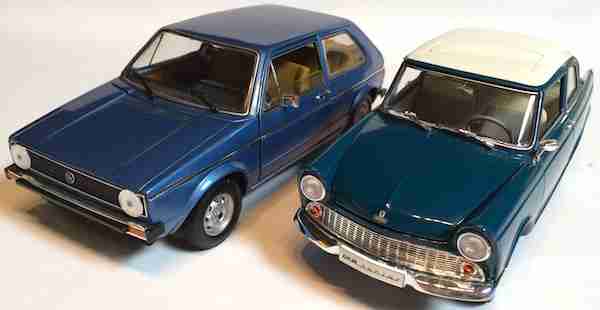 It’s hard to believe the two cars seen here were stalwarts of German economy automotive engineering separated by only a decade. The DKW Junior was available until the mid 1960s, while the Volkswagen Golf debuted in 1974. They could hardly be more different vehicles. The same goes for the models.

DKW, (Dampf-Kraft-Wagen) was one of the marques under the Auto Union brand. They first offered this very basic two-door sedan with a two-stroke engine in 1959, just as fins were hitting their peak as an automotive styling trend worldwide. This DKW Junior model from Revell, does not skimp in the way the real car did. Exterior details include elaborate taillights and a separate sunroof piece (designed to allow a version with the hatch open). The very tiny gas cap has the 4 rings of Auto Union (now the Audi logo) engraved on it. 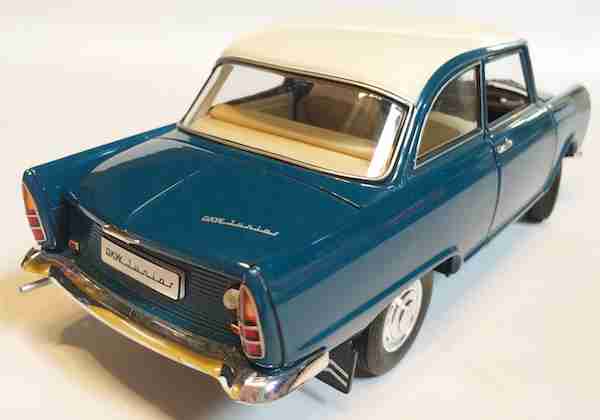 Under the hood, there’s not a lot to see, but that’s because it mimics the incredibly simple engine of the real car. There’s a working prop rod to hold the hood open. Another neat detail is the radiator mounted behind the engine. The chassis underneath includes lots of small suspension bits, although none of it functions. 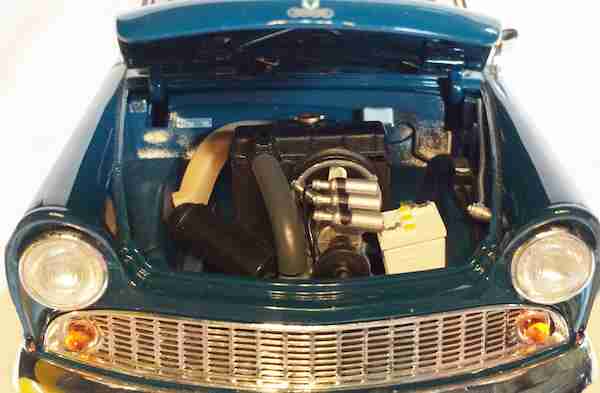 The seats are really nice on this model with a tiny checked pattern on the seating areas. The brackets that hold those seats in place are given much more thought than cars this size usually show. There is also a molded roof liner, which includes the lines for that sunroof again. Like under the hood, inside the trunk, is a tiny wire buried near the hinges that can be used to prop the decklid open. What was a cheap solution on a real car becomes a delicate detail on a model. 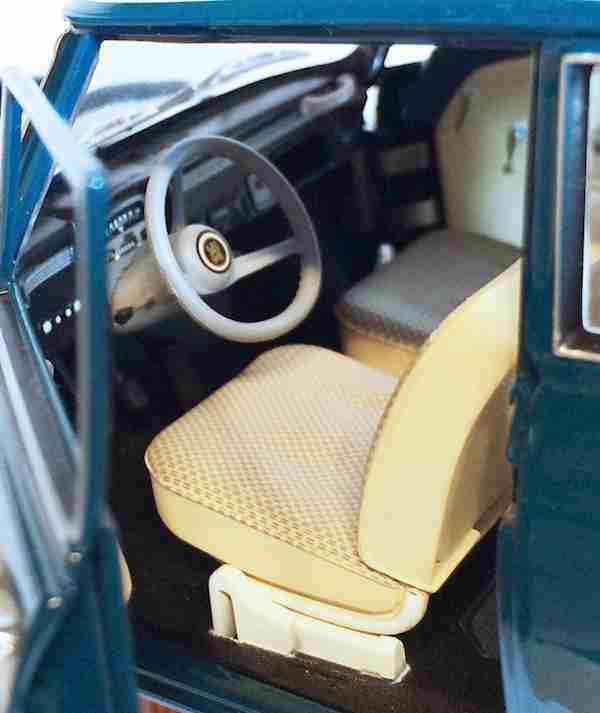 By the late 1960s, DKW was sold off to Volkswagen, and served as the launch point for the rebirth of the Audi name. Speaking of VW, around late 1969, they got serious about developing a replacement for the colossally successful and iconic, but outdated Beetle. The origins of the modern hatchback are apparent in the first generation Golf (or Rabbit, as it was called in the United States), with its efficiently squared space and transverse mounted engine. 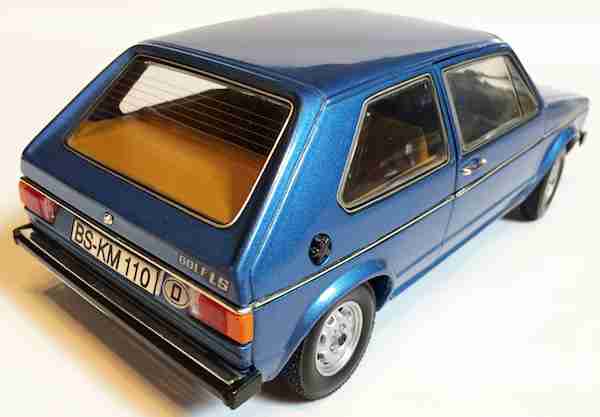 This 1974 Golf LS by Vitesse is actually simpler in construction than the DKW (which makes sense, as It retailed for around $25 new, while the DKW was a higher end model). It represents a very basic, stripped down version of the car, long before VW gave it the GTI treatment and made it into a hot hatch. 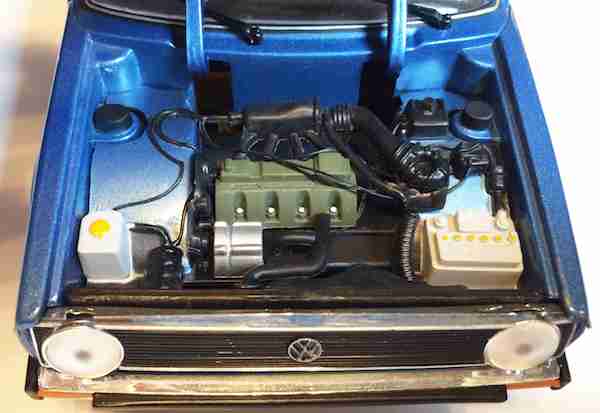 One nice detail about the interior is the number of extra molded bits such as the side and window chrome and the black plastic gas cap. The engine is far simpler, and even though there are wires in place, they look flat and two dimensional. Also from underneath, the chassis is solid around the engine instead of showing some daylight like on the real car. 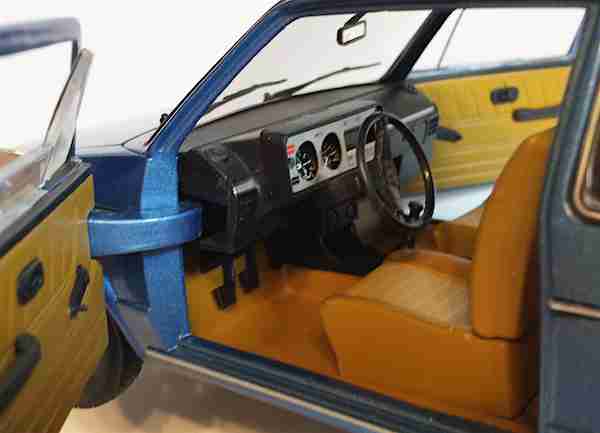 The seats aren’t quite as impressive as the DKW, especially the bolsters that hold them in place. Still, if this was a car from your younger days, it’s a decent model to have of it.

Comparing the two, the DKW is the far more detailed model of the far more interesting car. Since you don’t have to put up with the anemic performance of its tiny engine, this would be the choice for your next German economy car.