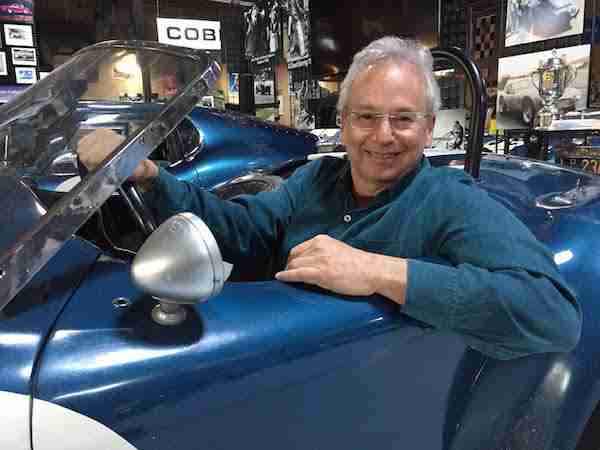 The hobbyDB Advisory Council‘s newest member is an expert on one of our favorite subjects: Carroll Shelby and his legendary cars.

Steve Volk is President of the Shelby American Collection, a museum of everything related to Shelby. The museum, located in Boulder, Colroado, features dozens of Cobras, Shelby Mustangs, and Ford GT-40s as well as other related vehicles. As if that weren’t enough, the collection includes incredibly rare original racing artifacts and probably the biggest gathering of toys and models of these cars.

“I’ve been interested in cars my whole life,” said Steve. “I started building model cars as a kid and started collecting Ferraris and Cobras in my 30s. I read about Shelby Cobras and GT-40s as a kid but never thought I would own one let alone an entire Shelby museum.” 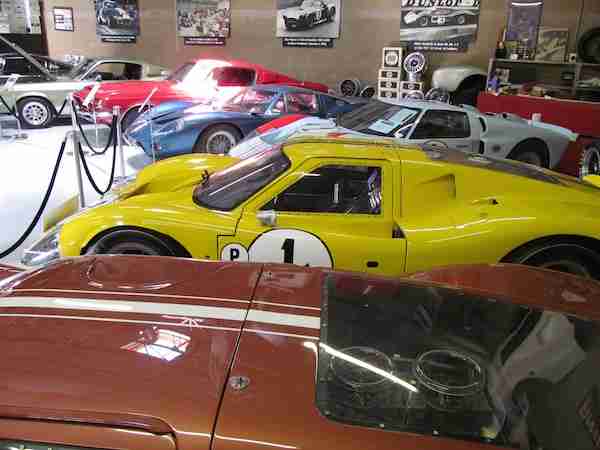 Just a few of the GT-40s, Mustang, and Cobras, at Shelby American Collection in Boulder.

The car that started it all was a factory team car that Steve purchased in the 1980s. Rather than hiding in the garages of individual enthusiasts, it made sense to put this and other cars on public display. It helped that Steve was also knew Mr. Shelby and could get his approval and cooperation. “Carroll Shelby was a good friend,” said Steve. “I spoke with him prior to starting the museum in 1996. We wanted his support in the creation of the museum, and he told me he would be there for us for as long as he was vertical. He kept his promise until his passing in 2012.”

With that kind of official involvement, the museum has been able to attract some very rare pieces. “We have a number of original trophies such the 1964 USRRC Championship trophy on display in the museum plus lots of race records and memorabilia from the Shelby American racing years,” said Steve.

As for the cars themselves, the collection includes many permanent fixtures as well as cars that are on temporary loan.The museum or its members own some 70 percent of the vehicles on display. The balance are owned by collectors around the country such as the Larry H. Miller family.

In addition to the brick and mortar museum, items from the collection are being gathered in an Official Archive on hobbyDB. It’s a monumental undertaking to document the thousands of items on display, but when complete, it will be one of the biggest archives on the site.

“It’s incredible what Carroll Shelby did for the automobile industry,” said Steve, ”and for America having ushered in the muscle car era. He put America on the map by winning the World Manufacturers Championship in 1965, winning Le Mans in the GT40 for Ford in 1966 and 1967 and the SCCA Championship in the Shelby Mustang in 1965, 1966 and 1967.”

It’s incredible what Steve Volk and the Shelby American Collection are doing to preserve that legacy, too. Next time you’re in Boulder, Colorado on a Saturday, you can visit the museum in person.