The hobbyDB team is pleased to welcome Dan Hornberger back to our blog with his latest update on his documentary film project “Redlines to Treasure Hunts”. “Redlines to Treasure Hunts” is a full-length documentary on the history and collecting world of Hot Wheels. Dan currently has a GoFundMe to get completion costs for the film and is hoping to have it finished by early 2018.

It’s May 1st, only a few weeks after the sneak preview of Redlines to Treasure Hunts at the Collectors’ Convention in Pittsburgh. During the convention’s auction, I was thrilled when the winning bid for the film’s poster was $275, which goes directly to the Children’s Miracle Network…tremendous! AND it was purchased by Megan Warneke and Nathaniel Long, two people who appear in the film! 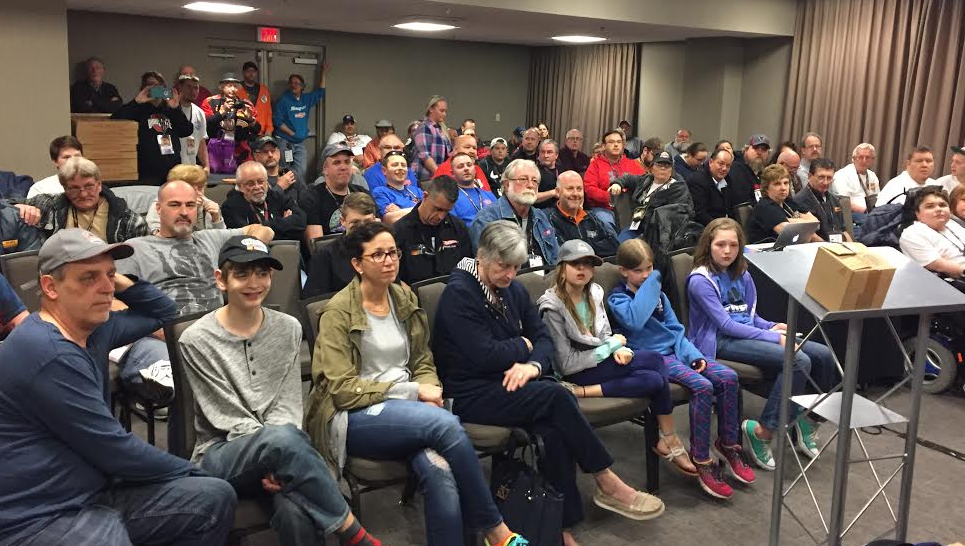 I was very pleased with how the film was received by the individuals who attended the sneak preview. Initially, I had planned on inviting about 25 people; however, after talking it over with Roy Friend and Mike Barnes, we decided to combine two events and we ended up having 70+ in attendance. With the help of a few other very kind individuals, we pulled off quite an event with pizza, the film and a lot of really cool giveaways.

One of the coolest things that can happen to a filmmaker is to have the audience react in an anticipated way. The Pittsburgh audience laughed when I hoped they would, and they were silent at the touching moments…and that filled me with an incredible amount of happiness. It made the 2+ years of production worth it. Receiving handshakes from people like Larry Wood, Brendon Vetuskey, Jimmy Liu, Mike Zarnock, and Bruce Pascal certainly added to the experience.

I’ve been hard at work making all of the final adjustments to the film (i.e., font changes, tighter edits, volume levels). This week, I’ll upload the final film to Distribber, the company that will represent the film to Netflix, iTunes, and Amazon. Netflix will preview the film and determine if it’s worthy, and then they’ll make me an offer for 6 months, 1 year or 2 years. iTunes and Amazon will, most likely, include the film in their libraries. This whole process will take 6-8 weeks. Therefore, I’m hoping for a July release.

In the meantime, I’ll work on developing the DVD including any additional footage and packaging options (I’m thinking a special custom would be very cool!). They might be available as early as mid-June. 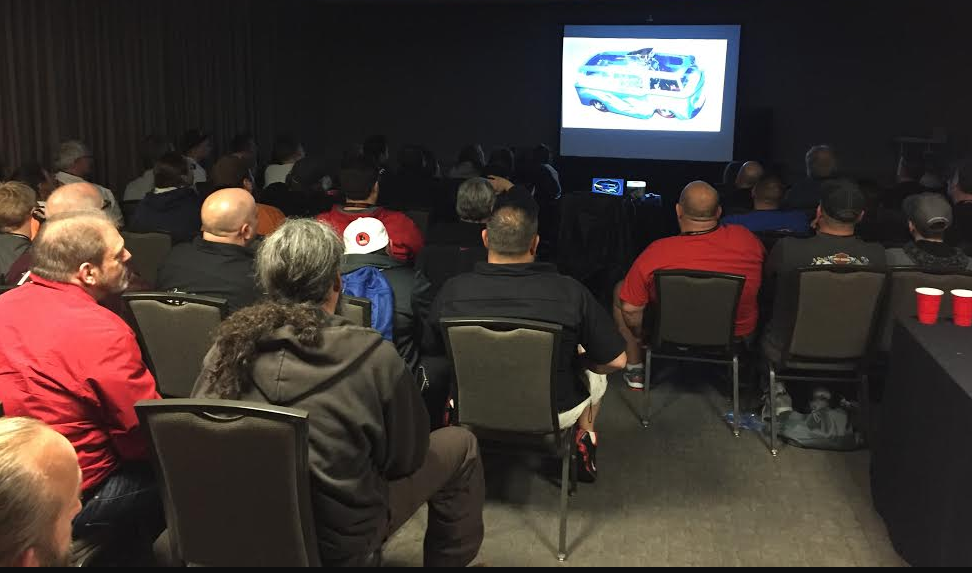 Finally, I plan on having a few theatrical screenings. Of course, I must have one in my hometown (Reading, PA), and that will take place at either The GoogleWorks or the Reading R/C Imax Theater. If a few things fall into place, I’d like to have a screening at The Colonial Theater (Phoenixville, PA), the same theater that hosts the annual BlobFest!

I’d like to thank the folks at hobbyDB for allowing me to post these updates. When I hear back from Distribber, I’ll be sure to let everyone know.

This is the second in a series of updates from Dan Hornberger. To learn more about this project, read his first guest post – Redlines to Treasure Hunts: A Labor of Love

I was honored with the opportunity to watch this great movie

Make sure you get a copy, when it becomes available

It is well worth it

This is a great film! I so enjoyed watching people I know talk about what they love!! Can not wait to share with family and friends!