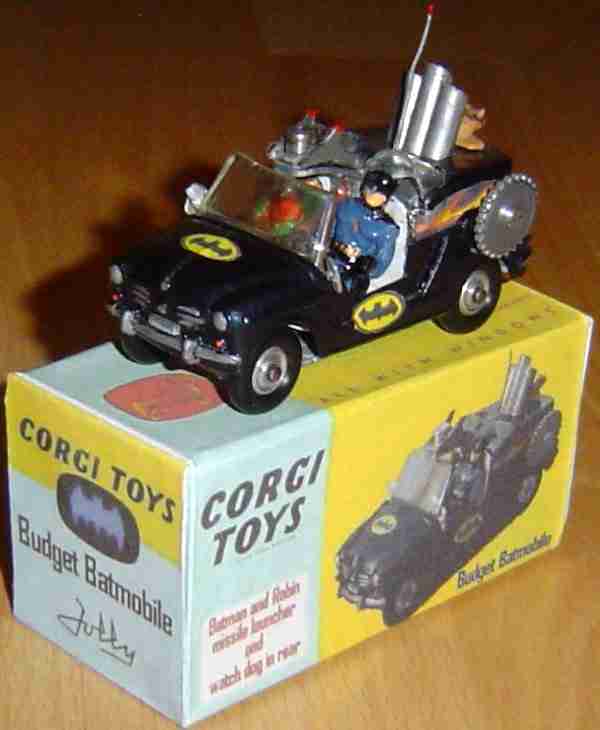 If you do a search for “Corgi Batmobile” on hobbyDB, you will find several variants of their model of the 1960s TV car as well as many versions that appeared in comic books. In addition to the Barris car, however, you will find an oddity called “Budget Batmobile.”

At first glance, it looks like it could have been a model you somehow never heard of. It looks plausible, and it has a box… but nope, it’s custom. Welcome to the world of Keesie25 (online, he goes only by that nickname). He’s a collector and customizer who lives in a small village in the Netherlands. He takes broken, beat-up models, mostly 1/43 scale, and turns them into all kinds of creations.

“I remember going to the toy store with my dad one day, nose flat against the shop window, and I could not decide which one to choose,” he recalls. He chose the 1130 Chipperfields Horse Transporter.

His interest in Custom Corgi Models started with an eye on budget collecting. “I wanted to have the complete collection and did not want to spend too much money on it, so I started to restore,” he said. “Now I don’t need to choose anymore, as I have all I wanted. Every time I restore a model, I compare it to the one in my collection, and sometimes I swap them around. I buy and get worn out and crap models, because everyone knows I’m into old Corgis, 1:43 scale.” 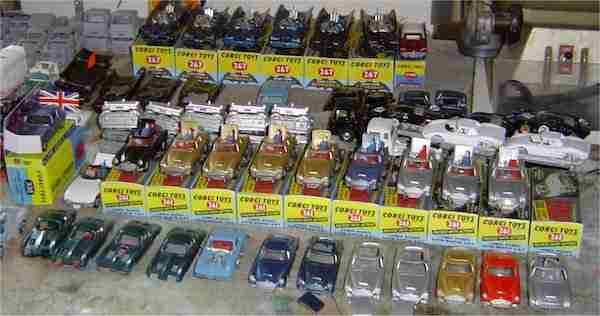 Many of Keesie’s models are restorations to original specs and colors.

“I want to restore with better materials than original, so I replace plastic with stainless steel. I mainly use throw-away materials, When you open an old VHS video cassette, you’ll be surprised what is in there that you can use. I only buy new rubber tires nowadays.”

He has a knack for fixing and repurposing other things as well. “I am a member of the ‘repaircafe’, where people come in with all sorts of broken things,” he said. “That could be household stuff, but also old toys.” 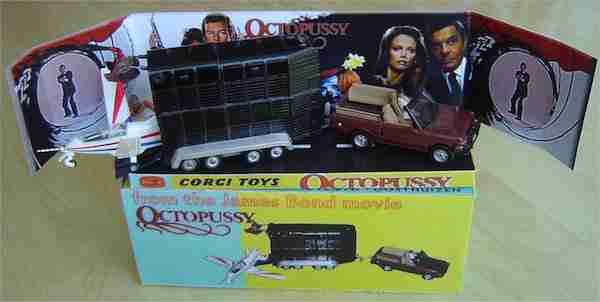 Spoiler alert! There’s a tiny airplane hidden behind a fake horse’s rear end in that trailer.

Many of Keesie’s models are restorations to original spec. Some of them are modified for different color and wheel combinations, such as his Mercedes-Benz 300SL  models. And then there are wild custom creations such as the aforementioned Batmobile or the Beatles’ Cadillac ambulance. In addition to the models themselves, he spends a great deal of time creating realistic boxes, some of them including full diorama display panels and instructions. His James Bond Octopussy set includes a horse trailer with a faux equine behind (this will make sense if you seen the movie.) 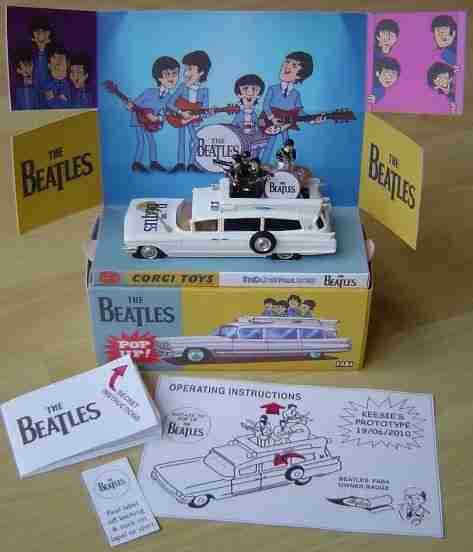 The packaging for his Beatles Mobile includes instructions and a sticker!

So what is Keesie’s next project?” There is no real plan,” he admits. “In general, I open models and store all parts. The metal goes into a separate box, and once or twice a year I sandblast 100 or more parts in one go. Then I spray everything in primer, From then on I pick out the ones I want to work on. In between customers come around now and then with their own models they want me to do.” 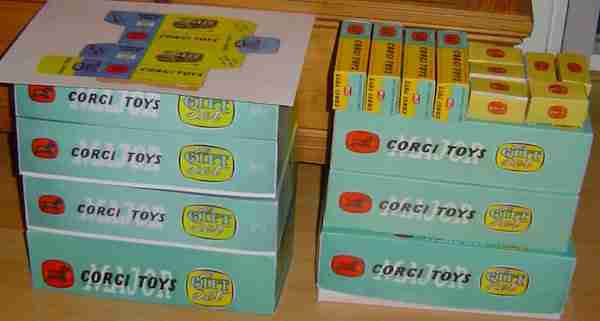 That’s right, he takes requests. “When a buyer has a specific wish I will do it. First, we talk about what the buyer wants, and I state a price. When I work on the model, I take pictures of the process, so the buyer knows what to expect.” A complicated model there will sometimes require small additions in between, for which there is usually no extra charge.

Check out his Official Archive on hobbyDB, where he’ll be posting new creations including models for sale. 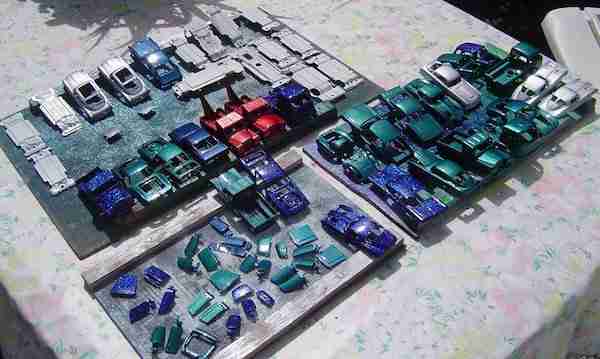 Great story and everything I read is so true. Keesie is a true master and Corgi specialist. Lucky for me I live relatively close by, so a visit in the near future is for sure

Superb work from a true Corgi genius. Luckily I live close to Keesie, so a visit in the near future shall take place

Now we know what Keesie looks like!  🙂  I had no idea he is so prolific!

Keesie is a friend of mine for a decade or so. I’m in the USA. This man is a Master craftsman and truly does incredible work. We correspond through email and over the last years he has shown me beginning to end photos of the detail in these pieces. I mentioned that I like the film “The Time Machine”, and this past Christmas he sent me just that. Detailed and perfect, it was The best gift ever. A wonderful man with what I consider a “rare” talent. He’s very handsome too…