This 1967 Mercedes-Benz 280SE is indicative of Maisto’s high quality models.

The diecast database on hobbyDB just got a huge boost, as Maisto is the latest company to host their Official Archives. Maisto is a major player in large scale diecast, offering models in scales from 1/18 through 1/64. Including planes and other vehicles, there are over 3,000 Maisto items listed on hobbyDB.

Maisto made their mark in the diecast business with their 1/18 offerings, a wide variety of nicely detailed, reasonably priced models. Their biggest competitor in that realm was Bburago, who focused on European cars, while Maisto made models of just about everything else. Maisto acquired Bburago in 2007, forming a worldwide ring of automotive nationalities. (Just last week, we announced Bburago’s Official Archive as well.) 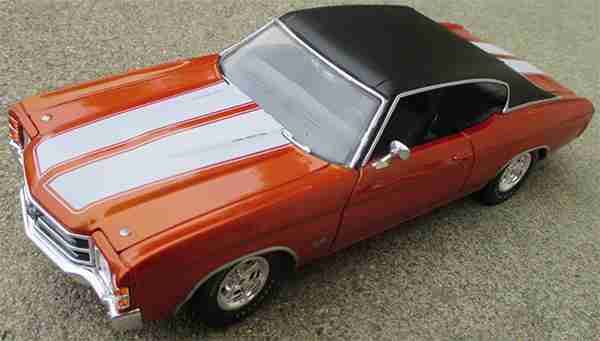 Maisto’s models have included concept cars such as the 1993 Porsche Boxster, and classics that inspired them like Porsche 550A Spyder. They also did a version of the production Boxster for good measure. They have also made models of classic but underrepresented cars like the Datsun 240Z. Maisto has made more motorcycle models than most companies as well.

The 1/18 cars from both companies usually host a feature of opening hoods, trunks and doors, as well as working steering and suspension. Some models, such as their Chevelles, are detailed to represent multiple years (’71 and ’71) as well as convertible or hardtop. Several models are available as prepainted kits with optional wheels and other details so collectors could personalize their cars. 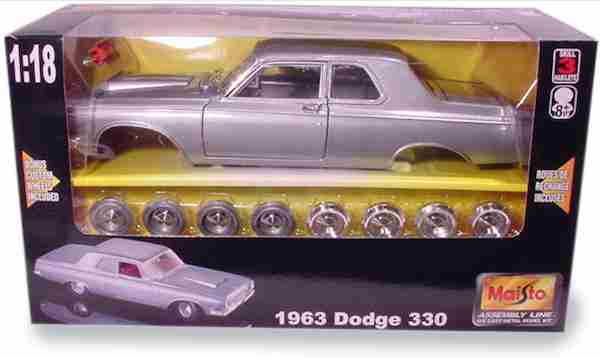 Maisto’s first entries in the 1:64 market were inexpensive and mostly fantasy creations unlike anything the company was producing at larger scales. More recently, they have focused on premium priced, well detailed models of real cars that fit in more with the rest of their line. In the Official Archive, you will be able to search for their products broken down by the many series they have offered such as Fresh Metal and Burnin’ Key Cars.

With Maisto and Bburago on board, the hobbyDB Official Archives now feature two of the biggest brands in large scale diecast. Combined, they represent well over 5,000 entries in our database.