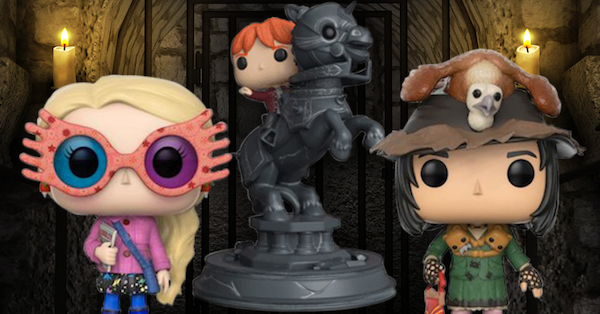 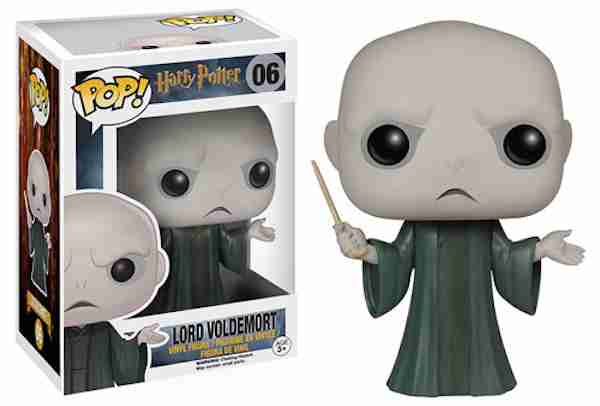 Of course, we had to include He-Who-Must-Not-Be-Named! A series is only as good as the villain so the Dark Lord made our cut of top HP Funkos — even if he is at number 10 (we hope he takes offense). Don’t stare into those beady eyes for too long or you could end up conjuring the Dark Mark! Add one to your collection if you dare. 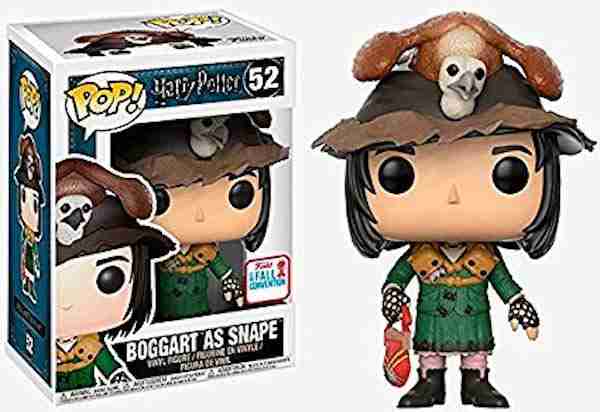 We didn’t give poor Neville Longbottom a slot on our top 10, BUT, for all Neville supporters, we did include a hilarious and truly well-done Pop of his Boggart-turned-Grandmother. With Professor Lupin’s guidance, Neville was able to thwart the Boggart by picturing it in his Gran’s clothing. The Snape Boggart is memorably one of the funniest moments at Hogwarts! While this Pop! Is super limited (it was only sold at the 2017 New York Comic Con), it’s not too late! We managed to find one to add to your collection. 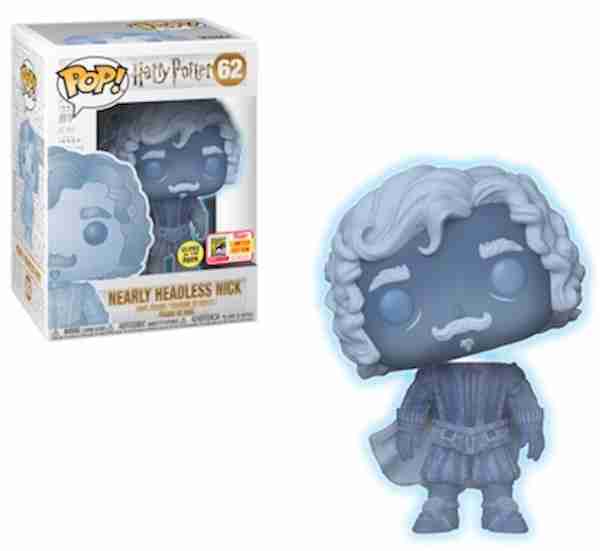 Sir Nicholas de Mimsy-Porpington will never get to join the Headless Hunt but you can add him to your Funko collection and be the envy of your friends. It will be a bigger hit than the living at a Deathday party. Not only is Nearly Headless Nick one of the few translucent Pops but our number eight pick also glows in the dark — no Lumos spell required! Not every Nick out there has this special charm. This one is a 2018 Summer Convention Exclusive Pop. So snatch it up before it disappears. 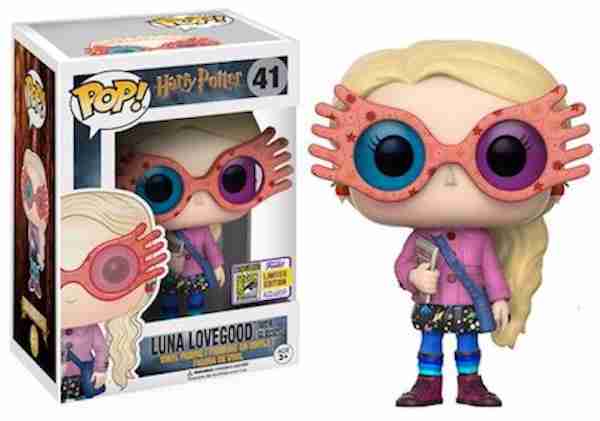 Luna Lovegood is our Patronus! The eccentric Ravenclaw is not only a fierce friend, she’s kind-hearted and thoughtful too. Any member of Dumbledore’s Army deserves a spot on your shelf so we’re recommending her for our number seven spot! There are many versions of Luna out there (including one in her iconic Lion Hat), but this one is by far our favorite! The Spectre Specs make this pop exceptional–but sadly it was a 2017 San Diego Comic-Con Exclusive, which makes it hard to find. You can still track one down but be fast! We’ve located one for sale but you better scoop it up before it’s stolen by a Nargle! 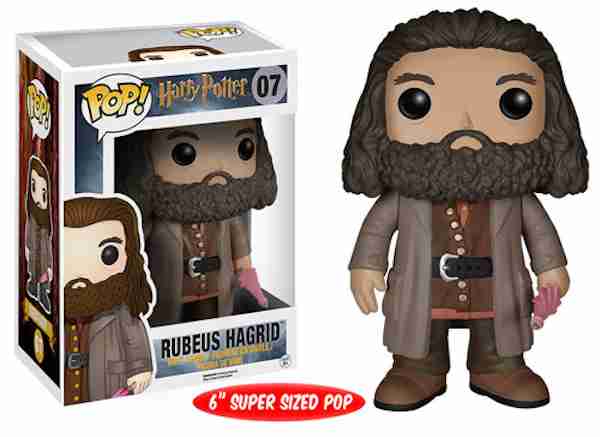 This Pop is so big, it’s, well, Hagrid sized! The standard Pop may be 3.75 inches tall but Funko had to make Hagrid’s a Super Sized Pop at almost twice that size. Those extra 2.25 inches are needed to capture his big heart. If only Hagrid came as a flocked version, we would put him higher on our list of must-haves. 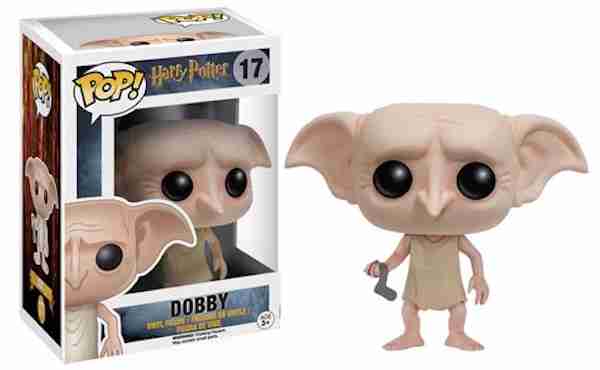 Dobby is a free elf! He’s free to take up residence in your Harry Potter collection! A house-elf no longer, thanks to Harry’s gift of a stinky sock, he’s perfect for adding a little mischief to your HP collection. Harry’s life, and yours too, would be so much less interesting without the “helpful” little guy! From his efforts to free other elves to his outrageous wardrobe– none of it would have been possible without this moment. 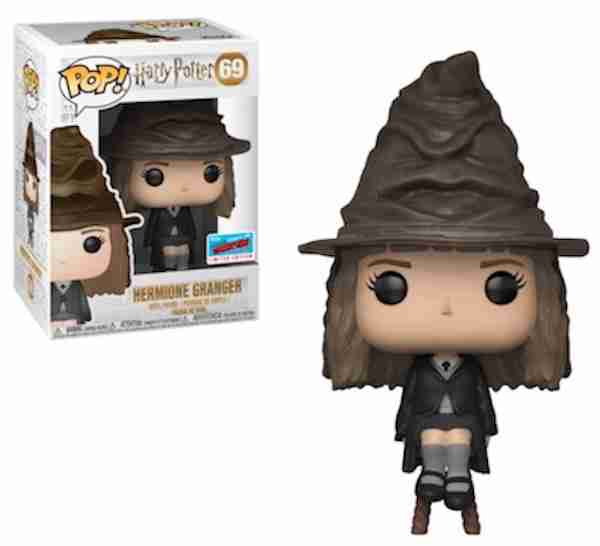 Hermione with the Sorting Hat

We’ve said it before but we’ll say it again, without Hermione Granger, Harry never would make it past the challenges in Philosopher’s Stone! Hermione was infamously almost sorted into the Ravenclaw house instead of Gryffindor during the iconic Hat Sorting ceremony for first-year students. Luckily for everyone in the Potterverse, Hermione became part of the most quintessential Gryffindor trio Hogwarts has ever seen! This 2018 Fall Convention exclusive is thankfully a pretty low-cost exclusive–it doesn’t take a skilled witch or wizard to see that you should grab one before the price climbs! 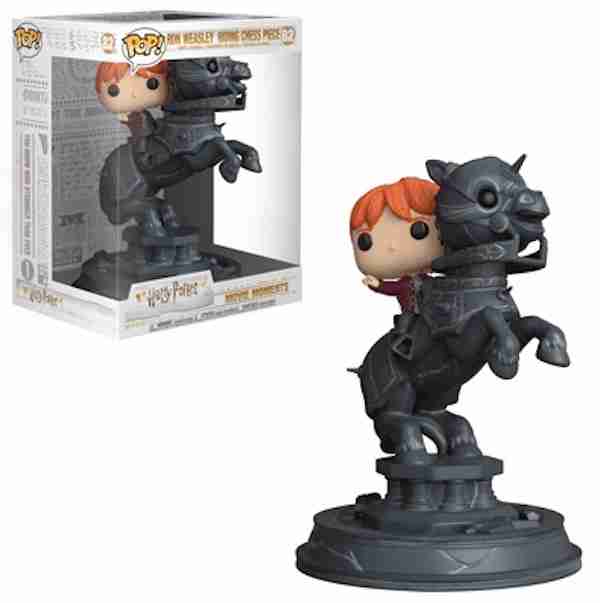 Ron may not be known for his book smarts but he can play a heck of a game of Wizard Chess! Ron sacrificed himself to save his besties, Hermione and Harry, during a very intense life-sized version of the dangerous game. Not only is this Pop worth having based solely on its artistic merits alone, but it’s also a beautiful symbol of friendship and courage. We love you, Ron! 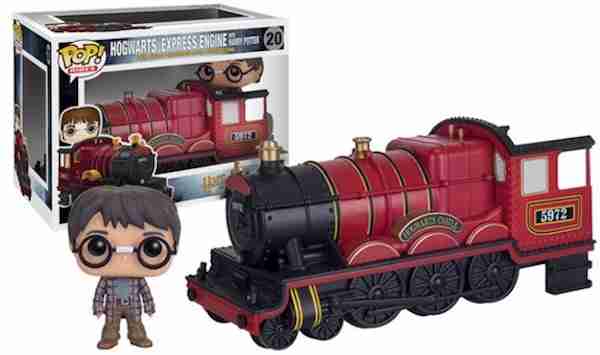 Harry and the Hogwarts Express

We’re cheating a little here since this is actually two Pops in one, but it’s well worth the display space. This Harry Potter Funko rides the Hogwarts Express on his way to his first year at Hogwarts. The beginning of all his adventures start here and it’s where he first meets Ron and Hermione. In fact, Funko didn’t want to break up the trio and even sells Ron and Hermione Funkos in their own Hogwarts Express cars so they can be displayed together! It was a much more innocent time and a moment every Potter fan cherishes. 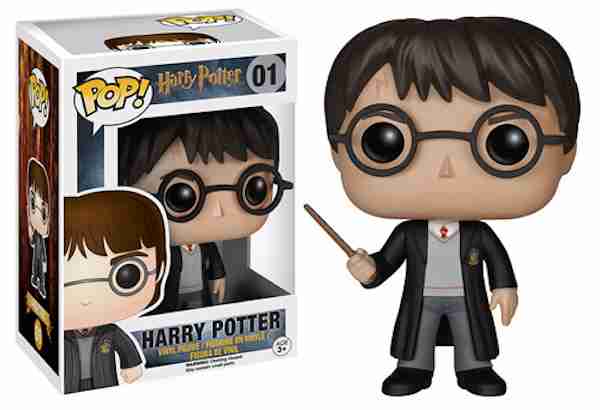 We’re taking it back to the very first-ever Harry Potter Funko Pop ever released, none other than #01 itself, Harry Potter, the original. Our first place pick has all the Harry Potter essentials, glasses, lightning bolt scar, a tie in Gryffindor colors, and a magic wand that we can only assume contains a phoenix feather. If you’re only going to add one Harry Potter Pop to your collection, it should be this one! If not for the character, then for the history it represents. The entire (now giant) line of Harry Potter Funko Pop!s began here. Luckily, they’re still available!