Rally ‘Round these Hot Hatch Models

Over the past two years, we’ve contributed articles to Die CastX magazine for publication on their website and in their quarterly print edition. We hope you enjoy this story about the miniature versions of a couple of pioneering hatchbacks. 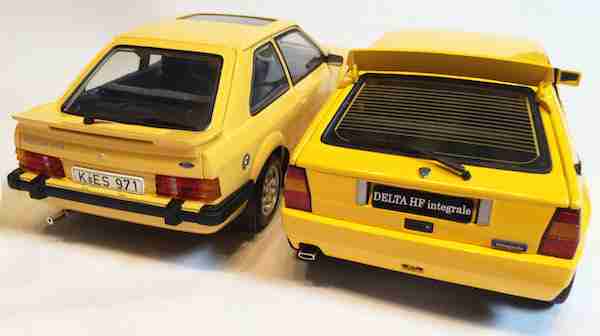 Not long after the invention of the automobile, someone figured out that stuffing a bigger engine into a smaller car would make that car exponentially more fun. One modern variation on this concept is the Hot Hatch , transforming pedestrian hatchbacks into screaming rally cars. Add a turbo, tweak the suspension, strip out heavy options, and add a body kit, and you’re in business. From early Mini and Fiat 500 rally cars to the modern Subaru WRX and Mitsubishi Lancer Evo, these cars offered crazy factory performance on a relative budget. If you lived in Europe in the late 80’s to mid 90’s, you may have seen examples of these two: The Lancia Delta Integrale and the Ford Escort MkIII XR3. Here are a couple of 1/18 of these cars to consider.

The Lancia model shown here is from Kyosho, so you know you’re in for some insane levels of detail. The bright yellow exterior is offset by lots of separately cast details, such as the black door handles (which themselves features tiny chrome keyholes), badges, turn signal repeaters and so on. Every little badge is legible. Heck, there’s even a tiny loop under the rear bumper, the designated hook for pulling the car our of a ditch when you hoon it just a bit too hard on a dirt road in the country. 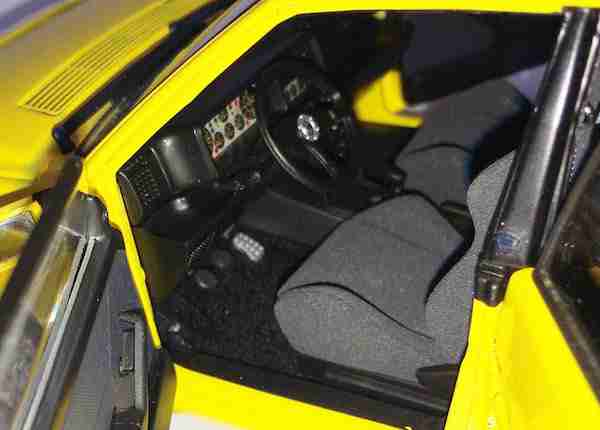 The opening parts are hard to access, as the panel gaps are precise and tiny. When you open that rear hatch, (marvel at the defroster detail before you do) there is a movable cargo cover, showing the donut spare tire. In a rare feat of miniature engineering, all four doors open, and are sprung so they snaps securely shut. The interior is sparsely appointed like the original, but what’s there is impressive: flocked seats, red buttons on the seatbelt retainers, and readable gauges. 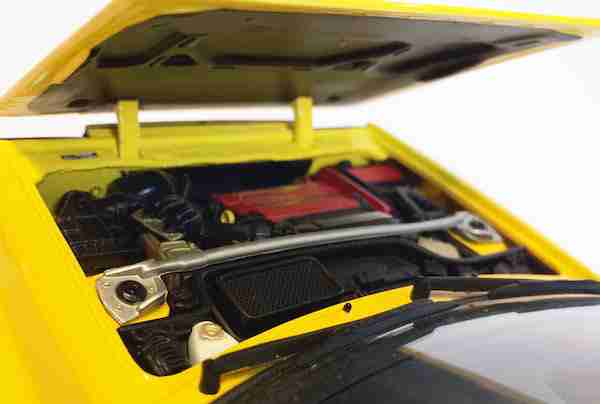 Under the hood (it’s hinged at the front, by the way) the engine detail is remarkably well done, with flexible wiring harness, readable warning labels, and a structural support beam connecting the fenders. The whole car feels tight and precisely engineered. 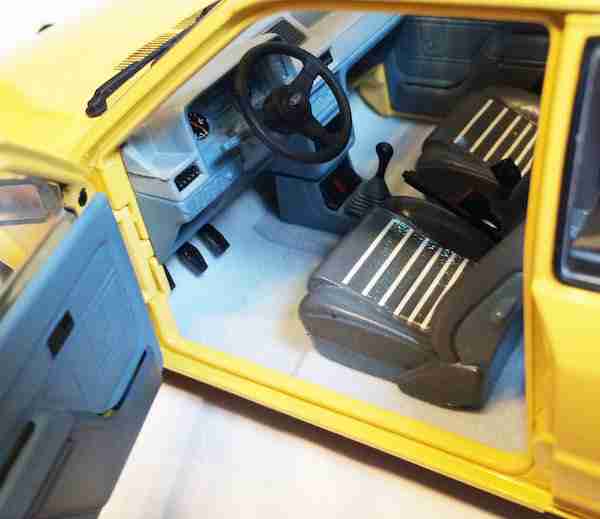 The Ford, from Sun Star, is also well done, especially considering the original price of the model was about half that of the Kyosho car (about $40 vs. $100). The paint is chalky yellow hue (Subaru offered a similar color on the WRX). Like the Lancia, there are gobs of separate black plastic bits, including mudflaps and bumper parts, giving it that signature ‘80s-on-a-budget look. 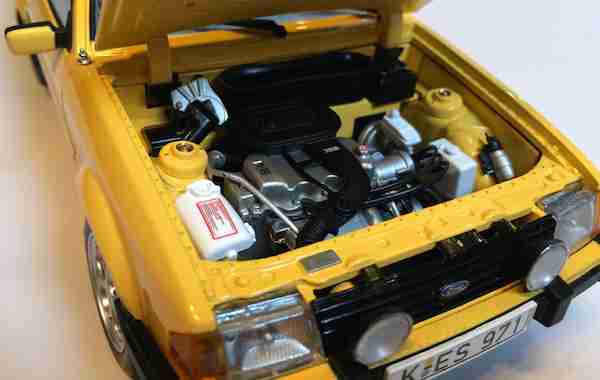 Also like the other model, it features the moving cargo cover in the back, as well as even more detailed seatbelt clips and gauges. The seats are rendered to represent vinyl, striped in two hues of gray. Underhood, engine detail is about what you would expect, but Sunstar took care in replicating the tiny, hidden sheet metal details like weld spots in fenders, something you never see in a model at any price.

Both cars have working suspension, and have all windows rolled up, which is kind of unusual (it also makes it hard to open the doors). The different sheens from paint, chrome, flat plastic lend an extra air of realism to both cars. There aren’t a lot of models of these cars made in any scale, so if hot hatches are your thing, grab these two.