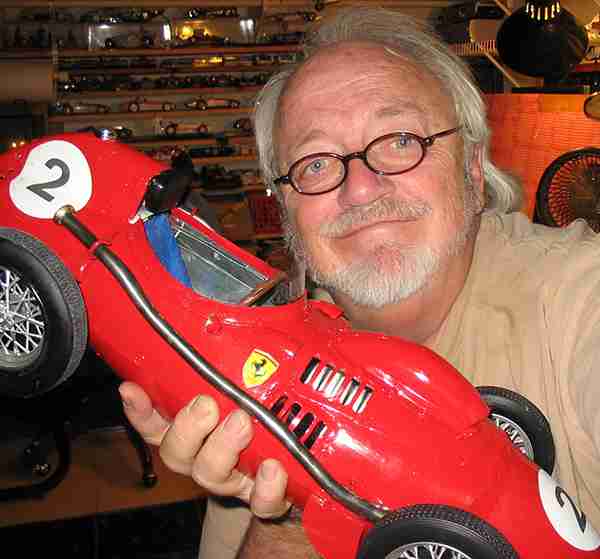 When you see the models of Jack Reynolds, you might not know what to think at first. Is he a collector? Well, kind of. But he collects mostly his own models. Is he a model manufacturer? Yes, but he doesn’t sell his models, so not in the traditional sense of the word. 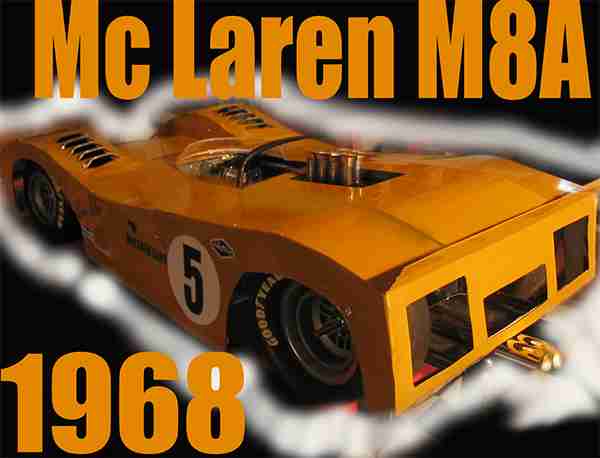 Something about McLaren orange that just looks perved on a CanAm racer.

Jack is a Scratch Builder … well, that’s not even the perfect explanation of how he makes his model cars. Let’s let him explain. “I sometimes use other sources for a few parts,” he said. “That’s why I refer to the cars as ‘scratch built fabrications.’” For the last 20 years or so, Jack has built large scale cars with some amazingly intricate detail out of sheet metal, wire, resin, and anything else he can get his hands on. When we say large scale, we mean it… 1/6 to 1/8 are his favorite scales. 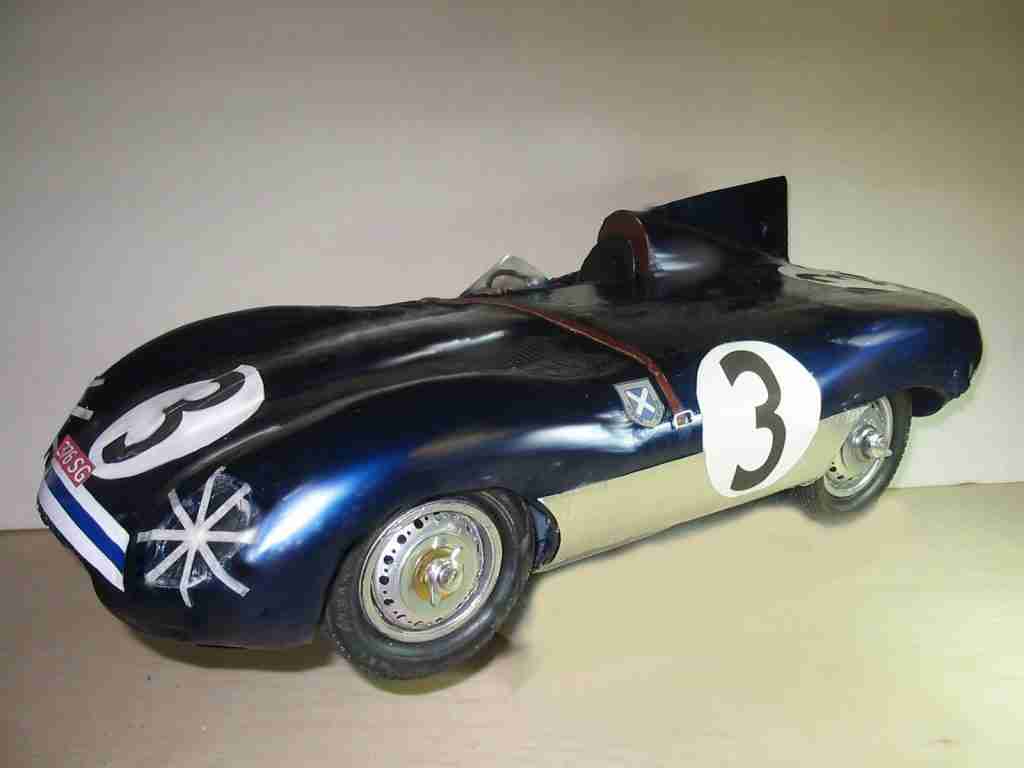 Just about every bit you see in his cars is hand built, and one of a kind. “Sometimes a part with a compound curve is just beyond my ability or I don’t have the right tool,” he said. “Early on, I used other sources for tires and wheels, but they were usually a compromise. For example, in order to make an accurate 1/8 scale Halibrand wheel with a 3 tread Firestone it is necessary to create it with resin.” Most of his cars are assembled by screws, so they can be disassembled for further work or detail.

The handmade sheet metal on this Maserati captures the look of a purpose built, slightly used race car.

In other words, it’s not really cheating. But just the same, he’d rather spend a lot of effort on a piece if it creates the best detail. “It”s all about complexity when it comes to time involved. Four wire wheels may take longer than a complete but simple body. Sometimes I get frustrated that I need 4 wheels,” he laughed. “Lately I’ve been building parts with no plans for a complete car. I enjoy this exercise as there is little or no duplication. Often when enough parts exist a car will materialize. Much less hurry this way.” (If he sounds like someone with time on his hands, he’s been retired since 2004.) 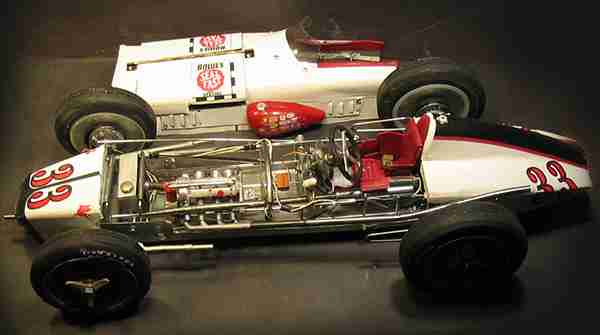 His first project was a 1/6 scale McLaren racer that met with a tragic end when it careened off his shelf. “To date the #33 Bowes Seal Fast Indy roadster is one of my most complex models,” he said. You can see it above as well as many more on his website.

Jack’s obsession with scratchbuilt detail extends to the wheels he builds for most of his cars.

Since he doesn’t sell his creations, he never makes the same model twice. “I enjoy the challenge of creating something new such as the spoke layout of different makes of wire wheels. When I was about 12 years old I carefully studied a wire wheel in Road&Track magazine and still use that as a basic layout. Making more than one model of a car is just labor.” As far as other hobbies, he has a significant collection of racing memorabilia. “I worked for a racing publication and was also a racing video photographer for 7 years during the mid sixties and early seventies,” he said. “I’ve attended the 1000 km of the Nurburgring, the Grand Prix of Monaco, the Indy 500, and numerous other motorsport events.”

So, basically, he’s our kind of people. Check out his models on hobbyDB! 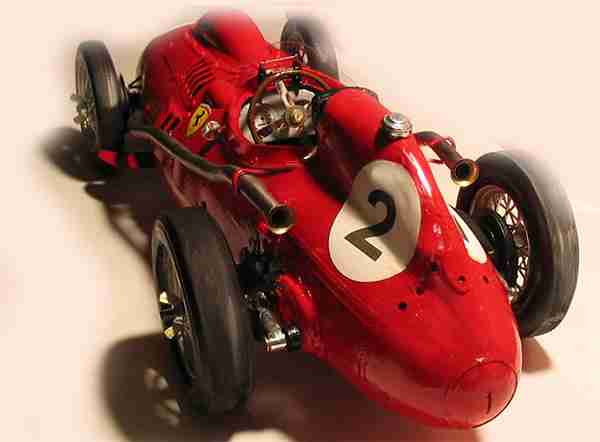 This Ferarri 246 Dino model can be seen at the top of the article, just to give you a sense of the scale of Jack’s models.

Incredible work for sure… Kudo’s