Cult Scale Models is the latest company to host their Official Archives on hobbyDB. The company specializes in large scale, high end resin models, which is an unusual combination, but when you see some of their offerings, you’ll see how they got their name.

“In the last 100 years of automotive industry many cars have been produced,” their website proudly proclaims. “Some successful cars gained a CULT status, even long after their production had stopped. Cult models now creates these models for you in scale 1:18.” Odd variants of well-known models, unusual nameplates from familiar marques, and underrepresented vintages of otherwise common cars are among their specialties. 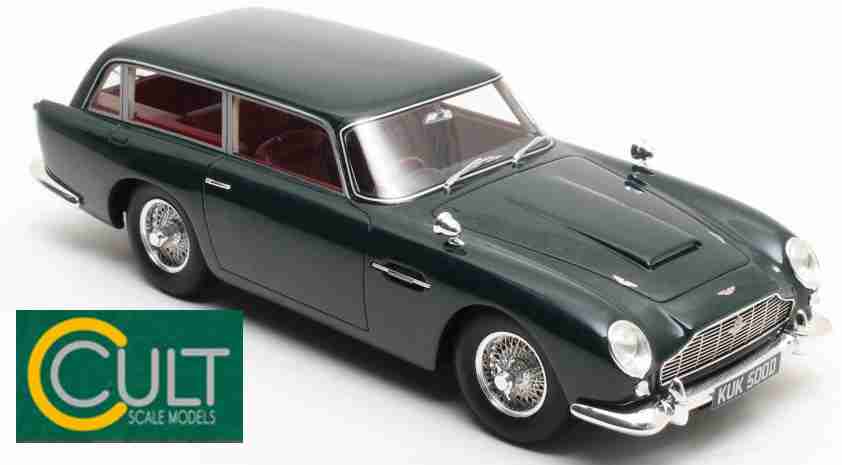 If James Bond needed just a bit more room for gadgets or equipment, he might have gone for this Aston Martin DB5 Shooting Brake. Few were produced, few models have been made of it.

Cult Models is the brainchild of ID bv, the business of Jaap van Dijk and Mark Asbreuk. If those names sounds familiar to collectors, they are also the founders of Matrix Scale Models. “I have always been interested in cars and during my studies I worked at Volvocar company in the design department,” said Jaap van Dijk,  “End of the nineties, I decided to step out and became my own boss.”  Mark had started A.M.C. Miniatures which made high-spec 1/18 Scale models.

In 2000 Jaap bought Replicars where Mark after a stint for Modellissimo then worked.  Later they together formed another company, Neo Scale Models. The difference here is while those brands mostly focus on 1/43 scale models, Cult does theirs in 1/18 only. 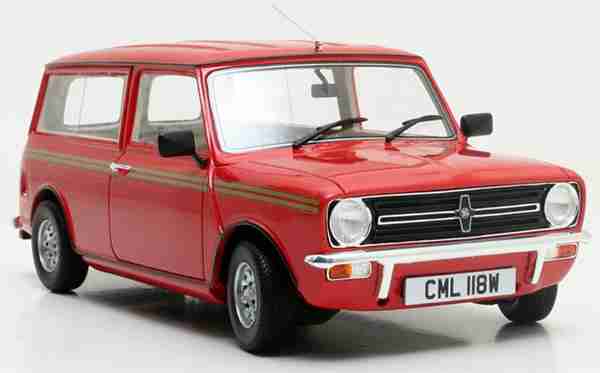 For instance, despite changing marques a few times, the iconic Mini Cooper didn’t change its styling much during its original production. But in 1969, BMC decided a more modern replacement was needed. Enter the Mini 1275GT and the Mini Clubman. The “hot dog” grill and headlight design was met with a mixed reaction and the original 1959 face (which continued alongside it) ended up out-living it by 20 years. Since then, however, the Clubman has developed a devoted following, for whom Cult offers a 1974 Clubman Estate.

Or take the Aston Martin Lagonda… with its wedgy, very long coachwork, it’s one of the more controversial Aston Martins ever produced. Which is why there aren’t a lot of models of it. (Johnny Lightning made one in 1/64, just to be part of their Evel Knievel series). But Cult was willing to take a chance on it, and considering the very limited numbers they produce, there will be enough fans to buy them all.

Another example is their Jaguar E-Type. Widely considered one of the most beautiful automotive designs ever, Cult’s model is a later Series II car, which featured some minor changes implemented to accommodate U.S. safety standards at the time. While most companies offer models of the more “pure” early Jags, Cult decided the later one needed some love as well.

Cult’s offerings are mostly European marques, although many of them will be familiar to U.S. collectors, yet just a bit strange. The Volvo 262 Bertone carries much of the boxy styling familiar to the brand, but with a lower, sleeker roofline. You’ve probably seen one in person, maybe, but probably never seen a model of one, either. It’s obscure enough that you forgot about it, but you want one now, and Cult has you covered.

A browse through their Official Archive will reacquaint you with of plenty of other cars that feel oddly familiar or familiarly odd. Either way, you’ll eventually want to be part of this Cult.