Majorette Moves to Become A Major Player in U.S. Market 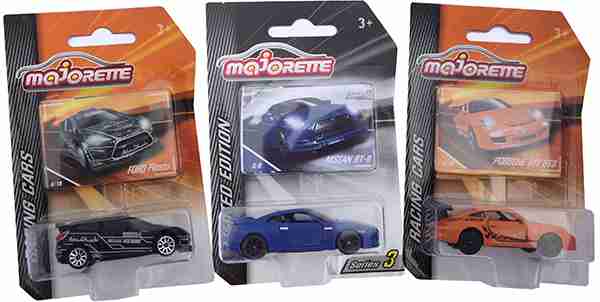 Diecast hunters at Toys R Us may have recently noticed a familiar old brand they haven’t seen in almost two decades. Majorette, which has not been sold in the U.S. since 1999, is making a comeback. “Toys R Us was looking to introduce a diecast line different from what all other mass retailers had,” said Brand Ambassador Andy Goodman. “Knowing the quality and longevity of the brand (it started in 1964) TRU worked with their parent company, Simba-Dickie Group, to strike a partnership to bring the very popular European brand back to U.S. collectors.”

Many new Majorette models include opening doors or engine covers.

During their absence, Majorette made the move from toylike models to more of a collector brand. Their vehicles are in still in the 3-inch range, which is around 1/64. Scales vary for each one, and are still marked on the bottom of each model, a tradition for the brand. But they are now much more accurately proportioned and detailed than what you might remember from your youth. 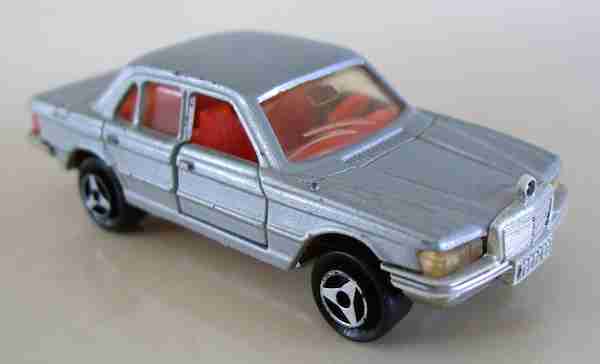 Majorette’s diecast cars in the 1970s, such as this Mercedes 450 SE, had more toy-like proportions.

“I really think everything was toy like in the 60’s 70’s – not many people were collecting model cars back then,” said Goodman.  “Collectors were becoming a recognizable group with a presence in  ’80s and ’90s, and they wanted realistic replicas of their favorite and dream vehicles. Majorette noticed and began to deliver the accuracy the community was looking for.” 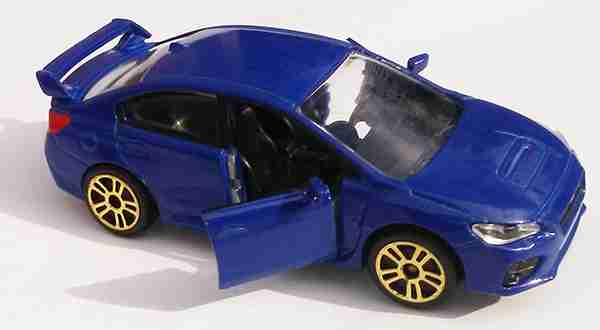 Majorette’s newer models, like this Subaru WRX STI, are more accurately scaled and detailed than their early efforts.

The brand has always been popular in Europe but never made the same impact in the States. Part of the reason was a lack of models based on American marques, which they have addressed lately. For the past several years, the Camaro, Ford F-150 and Mustang have been among their most popular cars. Their stable still includes less common models as the Audi A1, Mercedes G Wagon, and Jaguar F Type as a way to differentiate them from other diecast companies.

The relaunch includes more American marques such as the Ford F-150 and Chevy Camaro.

Collectors should appreciate the value of these models as well. They are designed to retail for around $3.49, but can often be found for even less in some stores. Not bad for models of this kind of quality.

As for upcoming plans, Majorette has signed on as a sponsor for the upcoming Diecast Hall of Fame awards, so attendees can experience their offerings up close. “Majorette also has a great partnership planned for 2018 with Toys R Us,” said Goodman. “You’ll see the launch of the internationally popular Dubai Police Line, their Vintage collection and a special raw collection that’s to debut in the U.S. market first.” Those are some welcome and major developments in the world of diecast.

Did you have a favorite Majorette model when you were a kid? Let us know in the comments!

Yes they are. There was a nice review posted about their Dodge Challenger SRT Hellcat on the Challenger of the Day website as well. Some pretty cool photos.

Stranegly enough, I always thought that Majorette were well detailed in the 1980s. Certainly, their models are generally better than Matchbox or Corgi Juniors of the same era. The solid metal bases also made them feel better built, and whilst many have lost paint, of all the Majorette Models I own, the only real breakage is the bonnet on the Peugeot 604, which appears to be a common fault. Todays Majorettes are still nicely detailed, but the plastic bases make for a more lightweight model, and I suspect they are substantially less strong than those from the 1980s.

As for my favourite? You’ve got a lovely picture of it above, the Silver Mercedes 450SE with Red interior, although mine is missing a lot more paint than its got left! I also always had a soft spot for the Fiat Ritmo.