How Many Errors Can You Find In This Article?

We recently introduced you to Nathan Lill, the Master of Mistakes (at least when it comes to Hot Wheels). Lill has a collection of over 12,000 Hot Wheels error cars, all collected since he first spotted one on the pegs in 2000.

But what exactly constitutes an error for something like a diecast car on a blister card? Well, there are all kinds of things that can go wrong, some subtle, some hilariously obvious.  Packaging misadventures, assembly problems, or color and graphics misfires are among the most common. Most errors need to be inside a sealed package to be verifiable, but that’s not always the case. And in a lot of examples, the packaging itself is the actual source of the error.

A lot of Hot Wheels come with intentionally mismatched wheels. This Custom VW is not one of them.

Assembly issues such as mis-spun rivets are hard to fake, so packaging might not be as important in those cases. On the other hand, for really early Hot Wheels, there are some very subtle variations in coloring that were probably unintentional, but could also be attributable to fading or other factors, so who can tell? But for the most part, buyers need to be aware of what to look for.

Here’s a check list of common error types that make it past the QC inspectors. Aside from the issues with wheels, most of these errors can apply to other collectibles such as action figures and vinyl art toys. Some error types are common enough that we have special Subjects on hobby DB just for those! 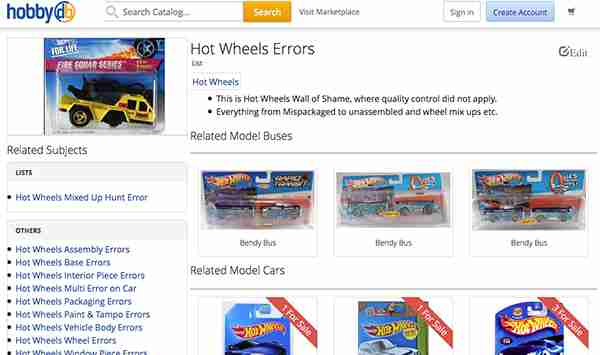 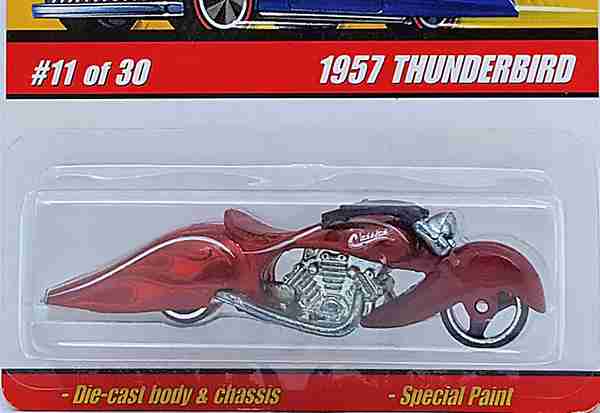 Pretty sure that’s not a ’57 Thunderbird!

With so many wheels, you’re bound to have the wrong wheels in the wrong place sometimes.

The baseplate on this K.I.T.T. is backwards. The Hoff must be fuming!

It’s not that difficult to fake some of color and graphics errors, so most of these probably should be in sealed packages to confirm their validity. Make sure your mistakes are real miscues and not shenanigans!

The Python is supposed to have a flat black roof. This one doesn’t, and it looks unmodified, but it’s not in the package. Hmmmm…

The wheels aren’t the problem here… that’s intentional. But notice how the graphics are “falling off” the car. 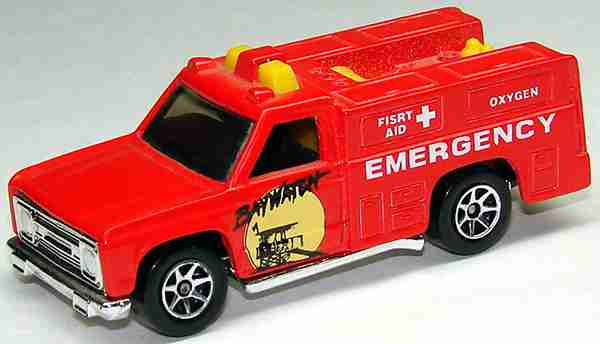 Early versions of the Baywatch Rescue Ranger misspelled “First Aid” on the side. It’s a rare “pre-production” error that was eventually fixed. Now The Hoff is really feeling hassled!

Something (But Not Everything) Else 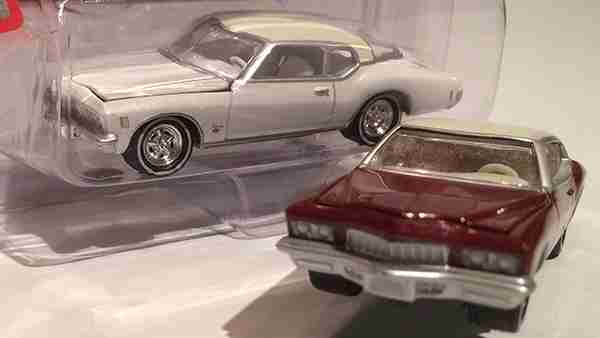 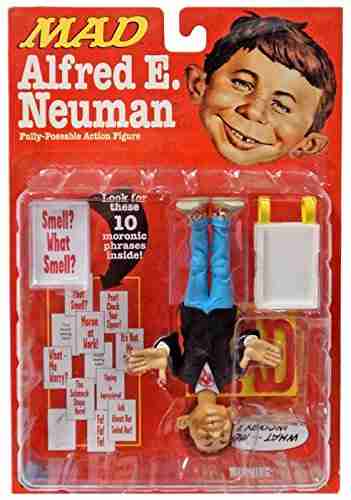 What me worry? Alfred E. Neuman action figures came in all kinds of messed up alignments.

Do you have any error cars (or action figures) in your collection? Add them to our database as variants of existing items! And if you can think of any other types of errors, hit us up in the comments section!