This article originally appeared on collectorsjournal.com. We are reposting it with the gracious permission of the author.

2017 saw the anniversaries of some classic (and some newer) video games. Some of these games are a little better known than others. Some of them might not be known at all to newer generations of gamers. My apologies if I leave some of your favorites out, as that was certainly not my intent. However, my space is somewhat limited so I’ll touch on some of the bigger names. 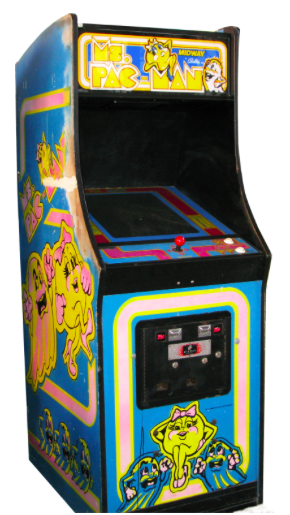 Starting out the year we had the original Ms. Pac-Man arcade game released in 1982 that turned 35. While this game is a little before my time, (I wasn’t born until 8 years later) I have still spent a lot of time playing it. In 2009 Game Informer Magazine did a “Top 200 Games of All Time” with Ms. Pac-Man taking the number 10 spot.

Ms. Pac-Man was actually an early attempt to get more women to play arcade games. It was thought that the non-violence of the game is what attracted women to the original Pac-Man. Even though Pac-Man is one of the highest-grossing American arcade games of all time, Ms. Pac-Man still held her own. The game had 125,000 arcade cabinets and only 5 short years after the release it had brought in over $1.2 billion in quarters. Estimates suggest this is the fourth highest-selling arcade game of that time. While not everyone caught on to the Pac-Man craze, many did. It even inspired a Pac-Man themed wedding of a Des Moines, Iowa couple in 1982. Pac-Man even went on to have the first cartoon based on a video game. It was a short-lived show with Pac-Man and his wife (with a little bit of a restyle) as well as Pac-Baby, the ghosts and several new characters. It ran on ABC but only ran for two seasons. The original arcade-style game can be found on eBay for between $2,000 and $3,000. 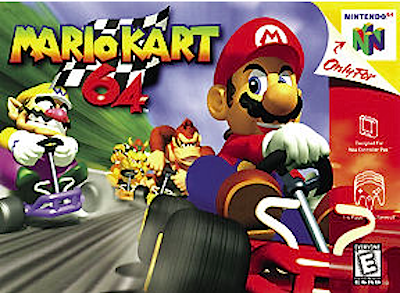 The third installment in the Tekken series, simply named Tekken 3, celebrated its 20th anniversary. Tekken 3 was originally released in arcades in March of 1997, but also got a release on the original PlayStation in 1998, and another release in 2005 as part of Tekken 5’s Arcarde History Mode. Tekken 3 is the second best-selling fighting game of all time with more than 8.5 million copies sold worldwide. Super Smash Bros. Brawl takes the top spot.  It also has the title of the fourth best-selling PlayStation game. Tekken 3 was the first game in the series to use the third axis, or simply put, allowed the player to sidestep. 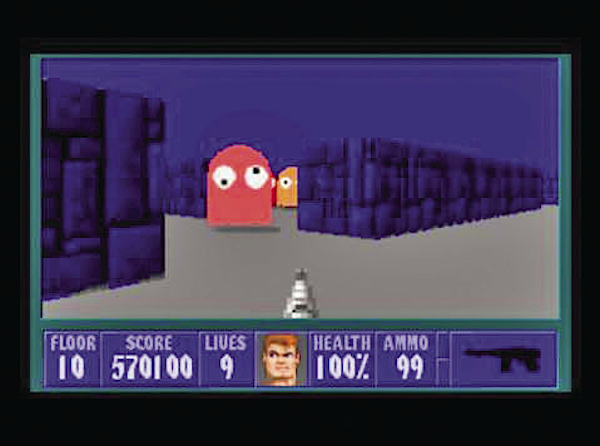 Wolfenstein 3D, turned 25 in May. The game was originally built to be fast and violent, unlike most other games of the time. It is widely considered the first game in the first-person genre, however, this is untrue. However, it is one of the first games to help the first-person shooter genre gain popularity. Known to some, Wolfenstein 3D actually contains a level based off of Pac-Man, featuring giant Pac-Man ghosts. Wolfenstein 3D is now able to be played through your internet browser for free, in case anyone reading this is a fan and wants to reminisce. Original copies of this game can be found online for between $45 and $85.

Metal Gear celebrated a milestone, turning an amazing 30 years old. While there are several sequels and prequel games, this is the anniversary of the original. The main character, Snake, is actually a combination of three people according to the games creator Hideo Kojima. Snake is a mashup of Snake Plissken, played by Kurt Russell, the body of Jean Claude Van-Damme, and the face of Christopher Walken. A very impressive lineup indeed. Metal Gear was made when 3D games were still a fairly new concept and the levels were originally built out of Legos.

The Legend of Zelda also celebrated its 30-year anniversary this year. Although it has had many games made since then on many difference consoles, the original Zelda was a bestseller for Nintendo, selling over 6.5 million copies. Zelda is now largely considered one of Nintendo’s most popular series. Chronologically speaking, the first Zelda game is one of the last. Zelda is actually left-handed in all of the games except one, the Nintendo Wii version of Twilight Princess. This was done because most people are right-handed, and the game is based off of the players’ motions. Shigeru Miyamoto, the creator of The Legend of Zelda as well as the Donkey Kong and Super Mario Brothers franchises, made to game for players to focus on exploration and completion and not just on getting the highest score. This was a relatively new idea in video games at the time. A little known fact is that the late actor Robin Williams named his daughter after Princess Zelda and expressed interest in being the voice of Ganondorf if a film was ever made.

Another 30-year anniversary game is Street Fighter. Like its predecessors, it is also a highly lucrative game franchise for its company, Capcom.  Street Fighter is one of the highest-grossing video game franchises having sold over 40 million software units and is Capcom’s second-biggest franchise behind Resident Evil, and is their third best-selling software franchise behind Resident Evil and Monster Hunter.  The original release of Street Fighter machines actually features pressure-sensitive punch pads underneath the buttons, to determine the amount of pressure for light, medium or heavy punches or kicks.  The pads had a tendency to wear our quickly though and most people preferred the strategy of “if I smash the buttons as hard as possible it will be more effective in the game.” Believe it or not, the Street Fighter franchise is actually in the Guinness Book of World Records 8 times. Some of these include “Most Prolific Fighting Game Series,” “Longest Running Fighting Video Game Series” and “Best-Selling Coin-Operated Fighting Game.” 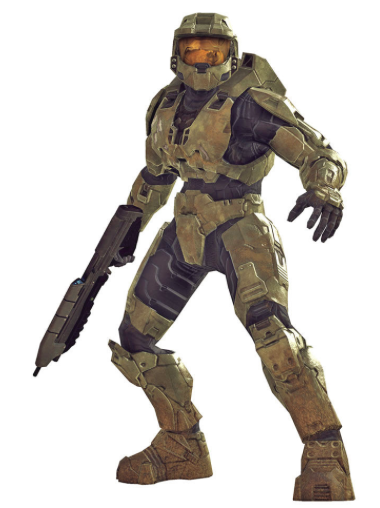 The sound designers of Halo 3 wanted to include as much content as possible, not just in terms of music but also in terms of dialogue.  This led them to record more than 35,000 lines of dialogue for Halo 3. Right along with Halo 3, Halo 4 is celebrating its fifth anniversary. Although titled Halo 4, it is actually the seventh installment in the Halo game series. You can buy either game disc on Xbox 360 for about $10-$20 or you can download it for $19.99.

Another game to celebrate 25 years is Mortal Kombat. Very similar to the Tekken franchise, Mortal Kombat (yes Kombat with a K) is a fantasy-horror fighting game.  The owners of the rights to the game have changed several times but the franchise remains strong.  Not only is it a video game series but it has also been made into films (both live-action and animated), a TV series, a comic book series, a card game, and a live-action tour.  It is considered one of the most successful fighting franchises and has generated over $5 billion in revenue, becoming one of the highest-grossing media franchises of all time.  Unlike most games, Mortal Kombat was created by just four people in the span of just 10 months.  For the first 6 months, the game had no title as the four designers couldn’t agree on a title that they all liked. 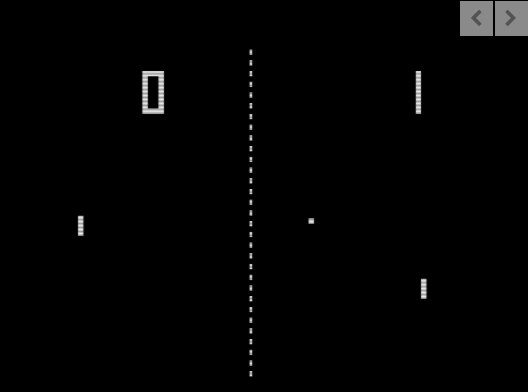 Celebrating an amazing 45 years is one of the earliest arcade video games, Pong. It didn’t take long for Pong to become a success and was the first commercially successful video game, helping to establish the industry. The original prototype cabinet for Pong was very primitive. It used a black and white TV inside a wooden cabinet. Wires were then soldered to complete the needed circuits.  The coin mechanism was actually taken from a laundromat and used a milk carton inside for the coins to drop into. A few days after the installation of the original Pong prototype a problem arose. What was the problem? The coin mechanism was overflowing with quarters, a problem I’m sure they were glad to have.

The first Splinter Cell game turned 25 this year. Splinter Cell is a series of award-winning stealth video games, as well as tie-in novels written by Tom Clancy. While some people believe the game is based off of the novels, in fact, it is the other way around with the novels being based off of the game, some even making the New York Times bestseller list.  Sam Fisher, the main charter throughout the series, is ranked at number 24 in the Guinness Top 50 Video Game Characters of All Time. This series, as well as the Assassin’s Creed series, are considered to be one of Ubisoft’s main franchises, selling more than 31 million copies. The first Splinter Cell game also won IGN’s Best of 2002: Xbox Game of The Year. 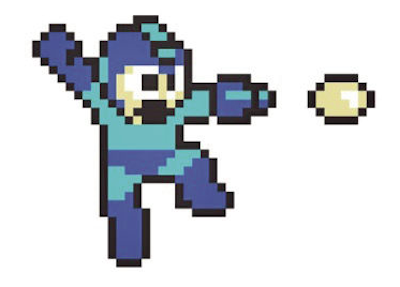 Next up, celebrating a strong 30 years, is Mega Man.  This game features the robot character and was created by Capcom.  This game was the first in a series that would go on to spawn over 50 games on many various gaming systems.  Mega Man gained such popularity that a soccer-themed game was released in the US. Despite the best efforts, it was not a very successful game for the series. The franchise also ran its own animated show.  While it was a somewhat successful show, it only managed 2 seasons, each with 13 episodes before being canceled.  The soundtrack to Mega Man is still very popular and is one of the most covered soundtracks ever having over 30 cover bands dedicated to them. 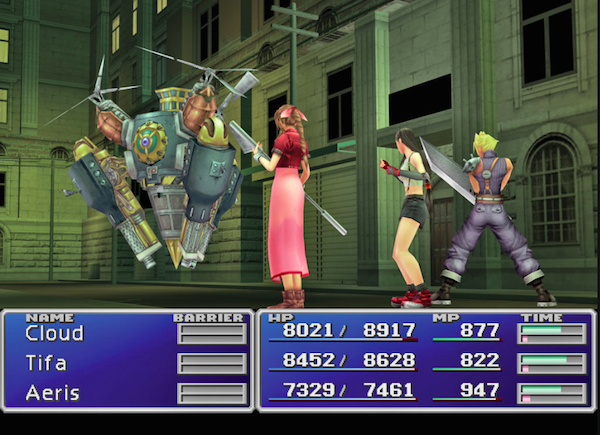 Final Fantasy has come a long way in 30 years.

Rounding out the list is the Final Fantasy series, celebrating 30 years going strong. Like several other games mentioned, Final Fantasy has branched out and launched CGI films, an anime show, a manga show, and novels. Having sold over 130 million units, it is one of the best-selling video game franchises of all time. The original Final Fantasy game is considered one of the first created first-person shooter video games. The designer of Wolfenstein 3D (see above) credits the programmer of Final Fantasy as being a major inspiration and influence.  Although all of the games in the series are called Final Fantasy with their respective number following, the original very nearly was THE Final Fantasy as the company was failing financially. Although few people in the company believed it would save them, they turned out to be wrong as the original sold over 400,000 copies in Japan alone. The original game was made with a team of just 7 people.  Respectively, 10 years later it took 120 people to make Final Fantasy VII and following that almost 300 people to create Final Fantasy XII.  While most designers of the time based their games off of tabletop games or video game RPGs, the designer of Final Fantasy designed it based off of American football as he had never played either form of the game before. While most games of the time used a first-person shooter or over-the-shoulder view, Final Fantasy uses side-view battles. While not as widely known as the Mega Man soundtrack, in 2004 the United State synchronized swimming team used 2 songs from the Final Fantasy VIII soundtrack. They ended up winning the Bronze medal.

My name is Trenton Schipper, and I’m 28 years old. I grew up in a very small town of about 800. I started my collection about 2 years ago at an auction where I won a set of 4 Dragon Ball Z action figures still in the box, and it has expanded since then. I also collect military postcards, mostly Operation Enduring Freedom, as my dad is an Afghanistan veteran. This is my first article, and I am looking forward to writing more.