Thanks To Elon Musk, There’s a Hot Wheels Tesla In Space

In an amazing combination of science, art, and promotion, a pair of Tesla Roadsters were shot into orbit last week by SpaceX. Elon Musk, head honcho of SpaceX and Tesla (as well as Solar City and Boring, a company whose flamethrowers are decidedly not boring) volunteered his red roadster for their mission.

Wait, a PAIR of Teslas? Yep, on board Musk’s used car is a Hot Wheels replica of the car. 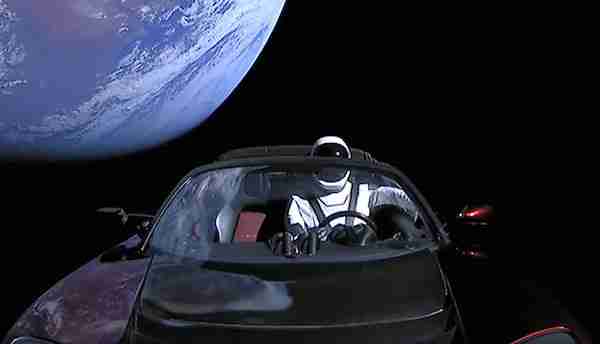 It’s hard to spot in photos, but on center of the dashboard is a small red object. That’s the 1/64 car, including a driver figure matching the mannequin who sits behind the wheel of the real car. In a nod to David Bowie, the pilot (clad in a SpaceX flight suit) is named Starman, and Bowie’s classic “Life on Mars?” blasts from the stereo.

The voyage of the Teslas will possibly continue for generations to come. Instead of orbiting the Earth, the car was sent on a trajectory around the Sun. As such, it will not come crashing down anytime soon. To get an idea of how freaking cool this whole thing is, you can watch an animation of the launch and deployment (sadly, the toy car isn’t rendered in the video). And if you have one of those apps that allows you to identify heavenly bodies, you can track it as Space Object “tesla_s3”. 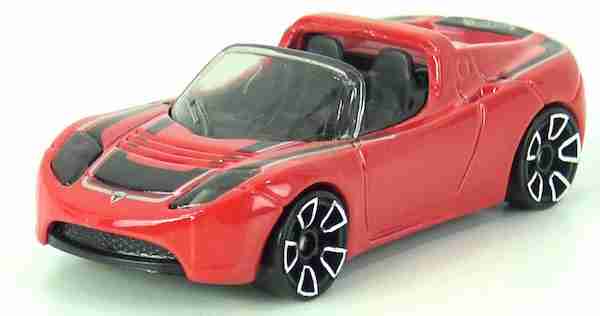 This venture isn’t as ridiculous as it sounds. It’s standard practice for the first orbital launch of a new rocket to include some sort of dummy payload. Most launches feature a more traditional looking, but non functional satellite. Musk thought it would be a lot more interesting to send his car into space instead.

“Normally, when a new rocket is tested, they put something really boring on like a block of concrete or a chunk of steel or something,” Musk told CBS News. “All that’s pretty boring. What’s the most fun thing we could put on because this is just a test flight? We’re not going to put any valuable satellites on board. So, the car is just the most fun thing we could think of.”

Actually, the Hot Wheels car is the most fun part for some of us!

Just when I thought a Tesla in space was the coolest thing ever, they include a Hotwheels in the mix!

It likely set a record for the highest speed ever achieved by a model car as well!