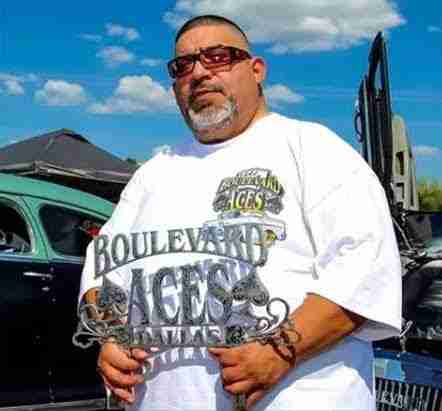 A prominent member of automotive and diecast culture, Ernest “Boulevard Aces” Garza, passed away recently. He was best known for his involvement with custom cars and organizing lowrider shows in the Dallas area, but he was also the Founder and Creator of Texas Hot Wheels.

He loved to share his ideas with other customizers, including small scale ones, brainstorming on designs and graphics. He also just liked the camaraderie of collecting and talking about the Hot Wheels with other members. Garza was also a User and contributor on hobbyDB in its early years.

You can see him hosting numerous videos on Youtube talking about shows and other aspects of car culture. 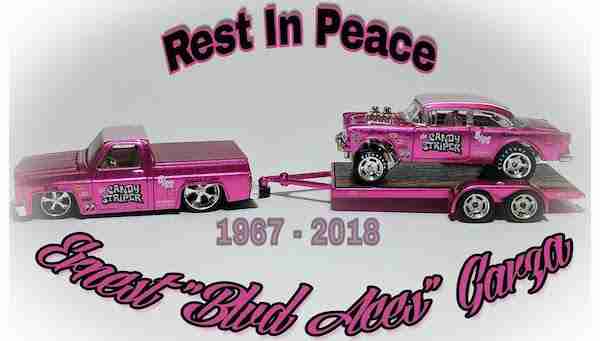 Randy Castillo was one of his good friends and sent us this memorial image. “Ernest was so very happy when he received this Mike Lashley Custom Combo – 2 of his favorite castings – the 83 Chevy Silverado and the 55 Chevy Gasser,” said Randy. “He loved the pinkies!”

It is always sad to loose someone in one of our hobbies… particularly when it is someone who is pretty high profile for being a super enthusiast… Rest in peace Earnest, you work will live on…

Known well in the North Texas, Gainesville area. Thank you for the blog addition. His legacy will live on.