Over the past couple of years, we have shared some brands of diecast vehicles that are off the beaten path, obscure, or just plain odd. Some of them are offshoots of famous brands, some of from other countries and never widely distributed worldwide, and some disappeared quickly for various reasons. Here’s another batch of Odd Model Car Brands that fit all of those categories and then some… 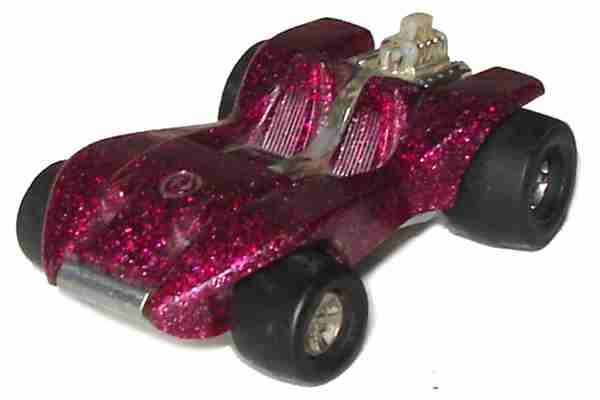 When you think of Tonka, you usually think of indestructible metal vehicles like the Mighty Dump truck. But in 1971, Tonka tried something completely different. The Totes line were all plastic, including flexible axles that were unfortunately a bit too soft. Despite the neat designs and sparkly plastic, kids were disappointed when the wheels broke off, so the line was discontinued after only a couple years. 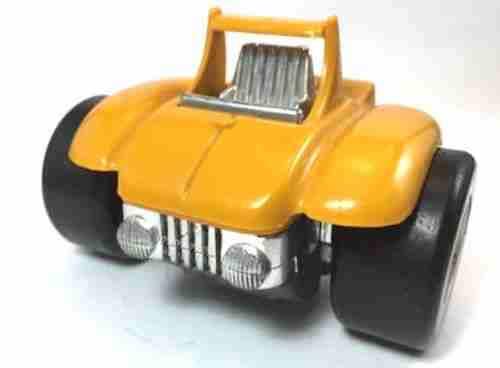 Not to be outdone by Tonka, Structo, another brand known for rugged metal vehicles got weird in 1971. Their Weird Wheels vehicles each featured one axle with two wheels. The bodies were designed with most of the weight underneath the axle, so the cars always rode upright. The first models featured recognizable cars (VW Beetle, 1930s hot rods, a dune buggy) and the second group got a bit wackier with an airplane, UFO and caveman in a hot tub. Weird indeed! 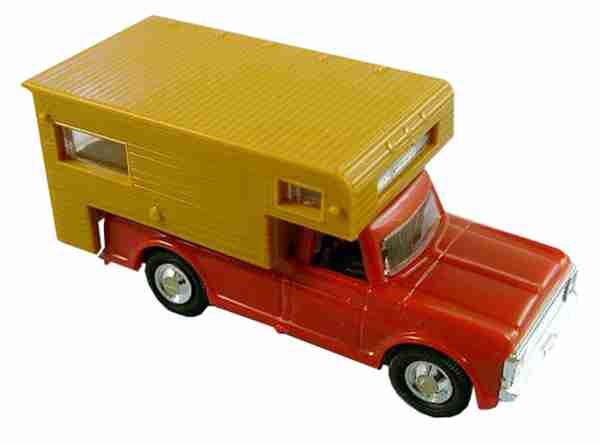 Among model car kits, Lindberg tends to fall a notch below more popular brands like AMT and Revell in terms of quality and detail. In the early ‘70s, they briefly hit it big with their Mini-Lindy series. Each kit was about 1/64 scale, although each car was scaled to take advantage of the same size wheels. So the AMC Gremlin looks giant compared to the School Bus. Priced at 79 cents a kit, and available in a rainbow of colors, these models were all the rage for a few years.

Aurora had been making a name for itself in model kits and slot cars for several years when they unleashed the Imposters series in the early ’70s. The short lived offshoot consisted of three mild mannered cars… A VW Beetle, A Ford Pinto, and a 1940 Willys Coupe. When these brightly colored cars were wound up, they would move slowly for a bit… and then the body popped up, the chassis extended, and the transmogrified dragster took off quickly. These were big and heavy (bigger than 1/18 scale) and pretty impressive to see in action. 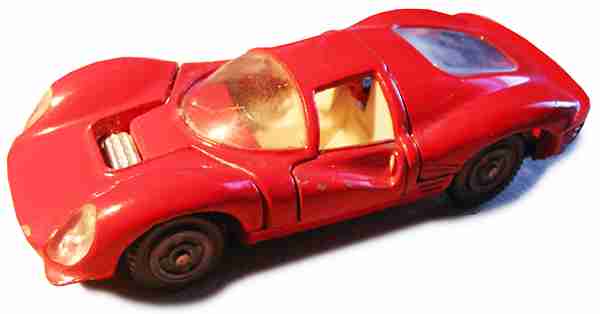 Nothing remarkable about this brand, really… they made a series of crudely detailed 1/43 European cars with opening features. And they were never widely available in the U.S. But that company name… Wow!

Another company probably most noteworthy for an amazing name. Their 1/43 models of Russian marques featured modest detail and lots of opening parts (all four doors on some sedans). In truth, this lab was really just concocting rehashes of other Russian brands, most notably Radon Models (also a great name!)

Isn’t that the Lego logo? The billion dollar Danish company that makes plastic building toys? Yep. Before becoming the multimedia juggernaut they are today, Lego made a series of plastic and metal vehicles from HO to 1/43 scale. From 1955-1970, new offerings were all plastic, and approximately HO scale. None of them had a single element that allowed you to attach a Minifig, although their display cases did. 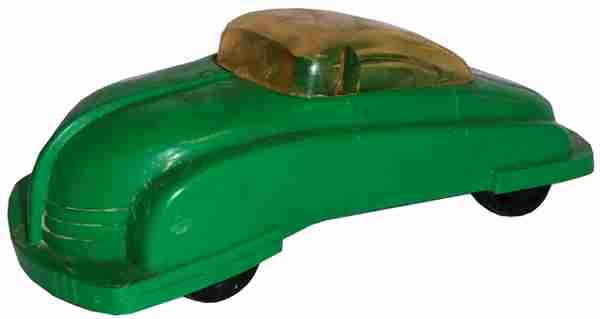 Wannatoy? Of course you do! This company made incredibly simple plastic cars and trucks… A car might consist of a one part body and a pair of single piece wheel and axle assemblies. For something more elaborate, their “Bubble Top Coupe” included a fourth piece, the clear canopy. 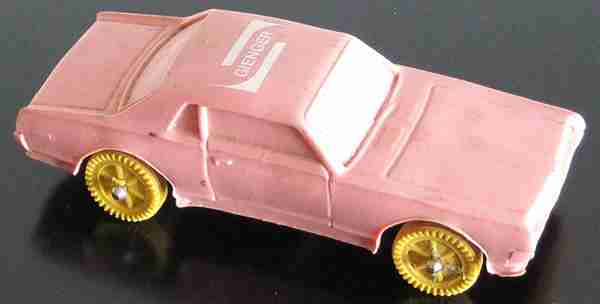 Here’s another company that offered single piece bodied cars, but with more accurate detail and scaling than you usually see. And they made some desirable cars like the BMW 2500 and first generation Mercury Cougar. Color choices were odd (yellow wheels?) and they tended to warp, which is common for this kind of toy. 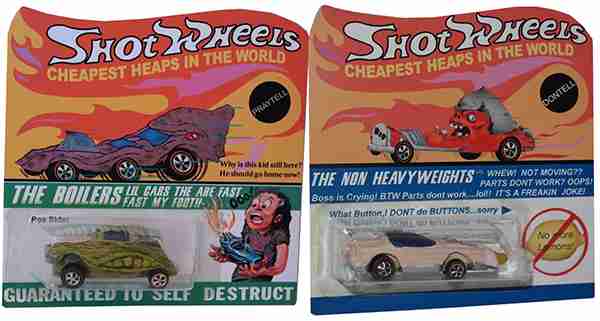 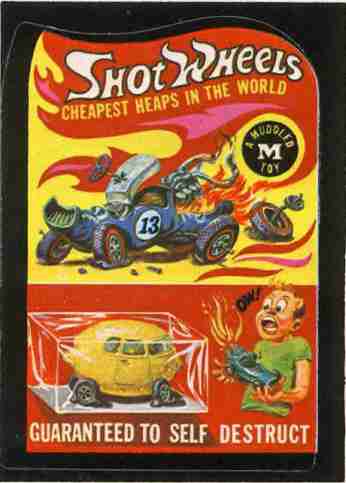 Since the late 1960s, Topps has produced Wacky Packages, a series of stickers and cards that feature parodies of famous products, including “Shot Wheels” cars. (“Cheapest heaps in the world! Guaranteed to self destruct!”) The sticker only showed one model, the lemon-shaped “Lemlin,” but over the years, various customizers have built real models featuring punny twists on the names of real Hot Wheels cars (Squirting Image, Dead Baron, etc.). These were not just one offs, either… in some cases, the cars had a limited run of 300 or so produced models, selling for more than a lot of Super Treasure Hunts or other collector favorites. To people of a certain age, these are the perfect combination of nostalgia and snotty humor.

VERY little info on Structo weird wheels! lets dispense this so that people will have a guide to the complete set!

ONE photo at a time… Sooooooooooo