The Advisory Council at hobbyDB consists of experts on many different facets of collecting, all sharing their knowledge for the benefit of the entire site. David Wright, a noted model car collector from Storrington, England, is the latest to join the Council. 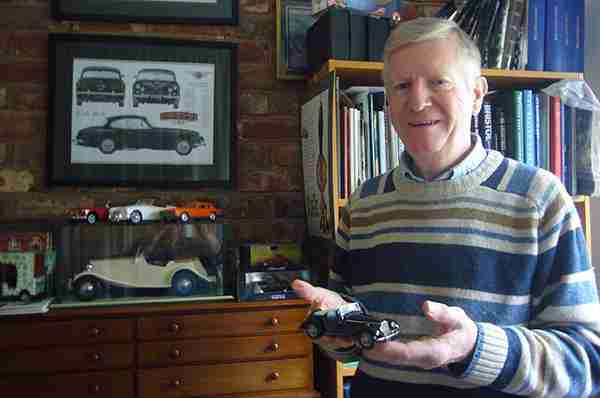 His fascination with buses and cars began when he was nine years old. “I started collecting bus numbers while sitting on a grass bank on the main trunk road past my parent’s house to the south coast,” he said. It wasn’t until later in life that he began seriously collecting diecast. He found an old Dinky Austin van in a donation pile, and made a £5.00 donation to the charity to acquire it. “I stripped and restored it, and I was hooked. I then discovered a small shop selling old model cars, stamps and magazines near where we had recently moved in South London, and I began collecting. This means I have been hooked since 1973.” 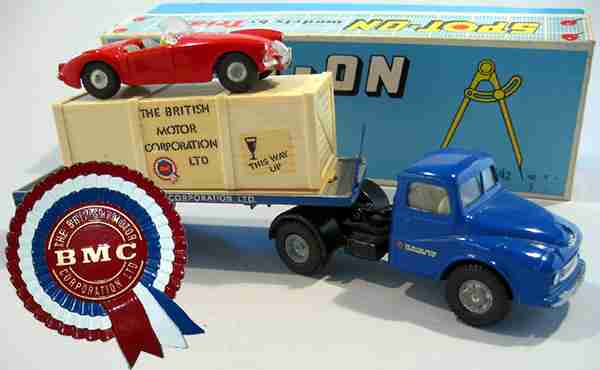 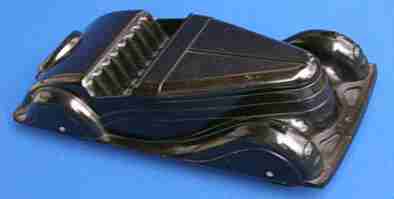 His collection now totals around 1,000 models. British sports cars, such as Allard, AC, Bristol, Jensen, Riley, TVR, Turner, and Wolseley are his primary passion. “I have given myself licence to move into models of British Motor Corporation vehicles, as I just love the red, white and blue rosette logo!” Most of his collection is 1/43 scale, although he also has a nice variety of early Lesney models. One of his favorite larger models is a 1/18 Bakelite design study prototype of a 1920s Sunbeam Roadster, seen here.

David is also a diecast historian who has published several books about collecting. He began by by focusing on lower volume makers other than diecast, who were not likely to have their own existing guides. “My books were prompted by the realisation that many of the makers of white metal and resin models, be they cars, trucks, buses, or trains, are artisans, working on their own, and their stories about how they came into this wonderful hobby needed to be known by all,” he said. 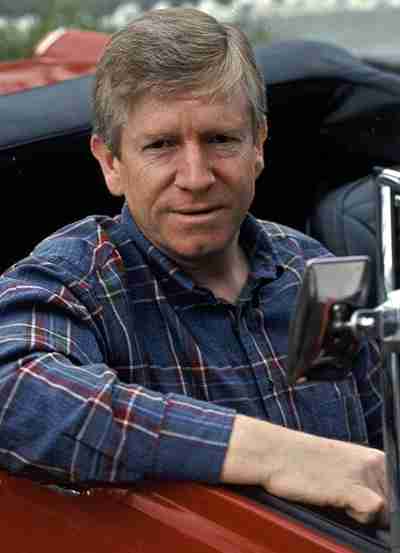 “It was only when I retired in 2007 that I found the time to work on the books, and now I am more busy than ever, building kits and converting models for fellow enthusiasts around the world.” He also stays busy driving a commnity bus and traveling with his wife Chris, both of whom are avid bird watchers.

His first two books cover about 170 different model makers in each volume. His first guide, about white metal models (which is sold out), took about three years of research before it was published in 2011. His follow up, a 2013 book on resin models, took about two years. “I then felt confident in my writing style and the self publishing process, together with a comprehensive network of both makers and collectors at my disposal, to work on the British Sporting Cars in Miniature book,” he said. That one was also finished in two years, available in 2015. His books are available on hobbyDB.

As for future writing, he’s taking a break from books at the moment. “I’m happy with my trilogy of books, and continue to publish regular articles on the history of particularly interesting cars, and the models made of them, “he said. “My most recent example is a comparison of the Brazilian made Brasinca, and its similarities with the Jensen Interceptor, Iso Grifo and Studebaker Avanti.”

David also has a couple of 1/1 scale classic cars: an MGA 1600MkII, and a Jensen C-V8 Mk III, both of which he drives regularly. He is also the South Downs Rep for the Jensen Owners Club and collects real car badges, and old cigarette cards of motor cars. “But there’s no space for much more!” he laughs. 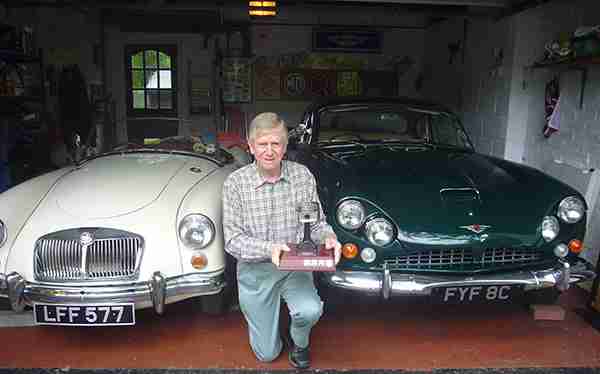 I have all of David’s books – they are very detailed and well worth it if you collect 1/43 white metal or resin.  A lot of great history is contained in them.  I appreciate all the work that went into them.

I have a collection of (mainly 1:1!) cars of the 30’s and 50’s and have bought diecasts and British Sporting Cars in Miniature from you, I think at Amberley Museum, etc.  The A-Z of Model Cars is very comprehensive and a great read.

Probably a bit of a long shot but I was hoping you might have information on a particular die cast model that I saw in an advertisement.  This advertisement has sadly gone missing over the last year or so.  The advertised model, 1/43 I believe, in question is of a 1954 Triumph TR2, in BRG, registration number PLB 963, the reg. number was on the model.  I own this very car and, of course, would love to own the model of it too plus any information for my history files.

Do you have any ideas on who manufactured this model and whether there is any likelihood that I could obtain one?

Hi Peter, I forwarded this to David and hope he can help (and feel free to add an image of your 1:1 car…)

Spark made a nice 1954 Triumph TR2, in BRG, but not with your reg plate. Maybe you can print one yourself and attach? Sadly not in hobbyDB yet! https://www.alpimodel.com/spk/s0498.html

Good to hear from you, and also that you live so near to me! I  am a SADCASE member and visit Amberley Museum, as I live in Storrington! Also very pleased that you have enjoyed my book on British Sporting Cars in Miniature. Regrettably it’s not easy to identify this model from the reg., and indeed there are many models of the  TR2 in 1:43 scale as it has been a very popular classic to model.  Your alternative is to obtain a good model of your TR2 in BRG, and then pass it to me to put your number plates on for you!

I can do this by hand using waterslide decals, and you can contact me via my  email below.  I’m planning on printing a short re-run of the White Metal Transport modelling history book, too.

hope to meet you before long,

Thanks for your advice Joschik and Karl.  I am desperately searching for that missing advertisement just in case the actual advertiser may lead to more information.

As requested here is the car in question!

I’d love to see the TR2, but unfortunately it hasn’t attached. Can you try again?

also, are you bringing it to the SADCASE show in August, or to the Amberley one in July

I will be at the Amberley event and the SADCASE one, if permitted at the time!  Probably my wife will be driving the TR2 (she likes to think it’s her car!) and I will take something else.  My 1:1 collection is a bit eclectic and I have a model of each car (mainly 1:43 and 1:18).  I also have a small number of other models of cars that I once owned, or would like to own in the future, including the Burago SS100 (with odd wheels!).  So it’s a very modest collection.

Will certainly get hold of a good TR2 in BRG and thank you for your suggestion of adding the number plates.  That would be much appreciated.

I’ll also look out for the ‘White Metal Transport’ publication after the re-run and I’m sure we will meet up, probably at Amberley.

Try as I may I have been unable to attach a photo of the TR2.  Strange, but it just will not attach.

Ok, I was being too impatient!