The folks at hobbyDB recently enjoyed a couple days hanging out with Fireball Tim Lawrence, dropping in on some automotive attractions in the Boulder Colorado area. Fireball was visiting to record video for his Fireball Malibu Vlog on his website fireballtim.com.

First, let’s clear up the confusion about his name. “Fireball” is not a nickname, it’s his actual name. And no, he didn’t legally change it to that, it’s from his parents. “My Mom and Dad were a Hollywood writer/producer team,” he said. “They were always having to come up with interesting names for characters and went with ‘Fireball’ for me.” Aside from the usually teasing that comes with middle school, the name suits his go-getter lifestyle just fine. My wife usually just calls out “Hey, you!” he laughed. 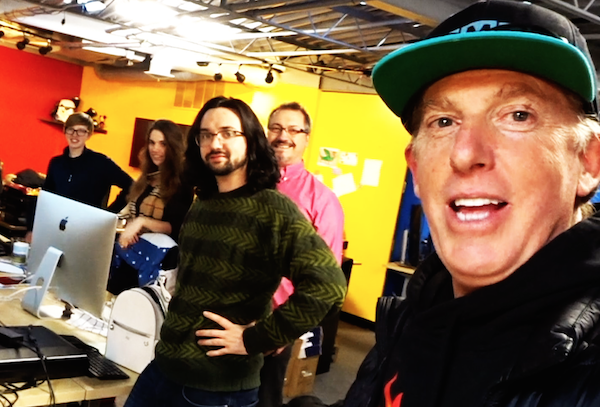 At Tatooine, the headquarters of hobbyDB (from the left Anastasia, Devan, Ron and John).

While he was in Boulder, he stopped by the hobbyDB office to ask about working/collecting/playing with toys, and also the Model Car Hall of Fame. He took a private tour of the Shelby American Collection with Steve Volk, dropped in on William Taylor at Auto Archives, and paid a visit to the office of Hagerty’s Insurance. He also met hobbyDB store owner Bud Kalland to see his real and his diecast cars, and went to Loveland to view one of our Advisory Council member Steve Engeman’s collection of promo cars and other automobilia. 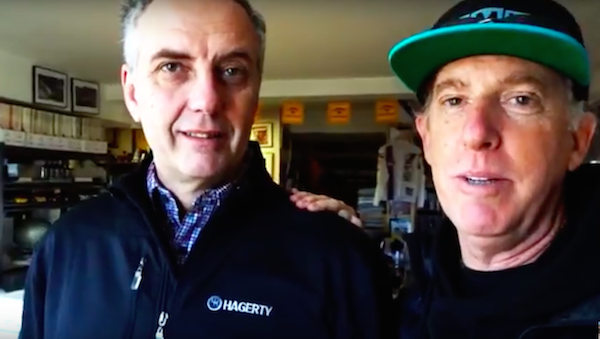 A tour of Auto Archives and Hagerty Insurance with William Taylor.

Along with a ride up the twisty turns of Boulder Canyon, he shot enough video to create four episodes of his vlog.

Here’s the rundown of the episodes with links…

Episode 761: A 400 HP Mustang GT is only  the Beginning (Visit with Bud Kalland) 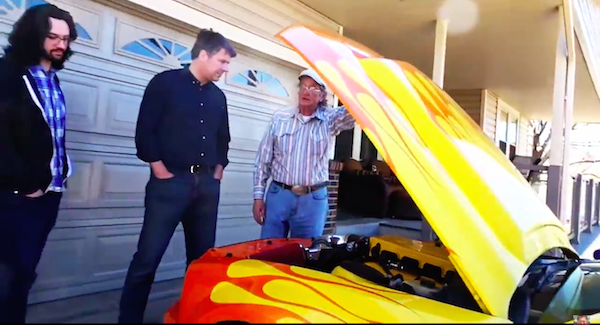 Bud Kalland shared his diecast collection and his real Mustang (here with John and Christian).

Being immersed in Hollywood culture his whole life gave him a sense of wonder and possibility. “Never listen to the Doctor No’s in life,” he says. By that, he means the negative people and voices that tell you to play it safe and never take chances. So to that end, he has worked for Disney Imagineering designing them park rides, created production designs for countless movies, and even worked on the 1989 Batmobile from the Tim Burton movies. “I take the script, and sketch out what the vehicles, weapons, props, and sets should look like for a movie,” he said. He also had a company called Fireballed which produced hyper-tuned Mini Coopers. 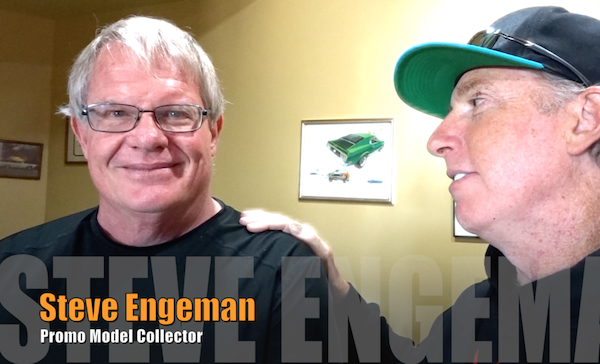 Fireball Tim is also an author/publisher, with several books to his credit. He’s created a couple volumes about his movie and TV cars, but also activity and coloring books for kids. The children’s books focus on, as you might imagine, cars, beach, and ocean culture. “I just want to share my love of these things through coloring and reading.”

So, yeah, he’s pretty busy and loving every minute of it. These days, he splits time between Malibu and traveling anywhere there’s an opportunity to talk to people about car culture. His vlog features daily posts, so in the past couple of years, he’s already created over 750 15 minute or so episodes. “The message of my work is that life is fun,” he said. “You can live a long time where it’s not fun. I play with cars, I live a beach life. Happiness is present, not in chasing dreams.”

Everything Fireball visited on his trip to Colorado is being archived on hobbyDB, The World’s Online Museum. He came to visit hobbyDB because he was a bit skeptical of our mission of documenting the entire world of collectibles. “I came out here because I didn’t think it could be done,” he said, “and now I think they just might. I love it!”  In fact, we plan to have him visit again later in the year as there is lots more to see here in Colorado!