Why Do You Do The Scale You Do? How Collectors Decide on a Model Scale

Someone recently asked a question on one of the Facebook pages we follow – “What makes you pick the model scale you do?” Seriously? You have to ask? Because the answer is obviously… ummm… Actually, that’s a great question!

This query was from a gentleman in the UK regarding Airfix model kits. Airfix is a long-established, highly regarded company best known for their military models. Mostly planes. In certain scales. And eras. And nationalities. But that’s not all they make. So there’s some wiggle room in there. Which means the folks who chimed in on this question likely had a common core interest, but with some variances due to… well, what, exactly?

It all started with a simple question…

Let’s break it down.

There’s so much to unpack here. So let’s look as some of the factors that influence the decision and how they relate to modelers versus collectors. These were all cited by folks who responded to the original question…

Shelf space – Usually, this skews towards smaller sizes like 1/64 and 1/43. Unless someone only wants a few key models, in which they might go bigger.

Cost – In general, smaller models should cost less, but that’s not always the case. There are plenty of very high-end 1/43 models that can easily break the bank more than similar models in larger sizes. 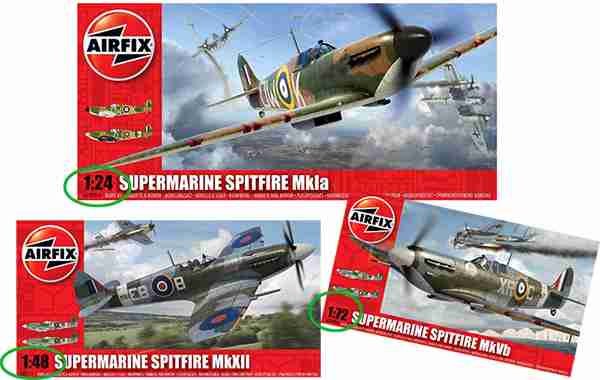 A lot of models come in multiple scales. Which do you choose and why?

Availablity of a Specific Model – For collectors, this is strictly about what has been made of the cars or planes you like. For modelers and customizers, there is more flexiblity with such things, depending on how much you are willing to scratchbuild.

Availablitiy of certain parts – For someone scratchbuilding a car, tires are one feature that they will most likely acquire preformed from some other source. So tire size is an important attribute when figuring out how big or small to go. A lot of people don’t think about it, but when designing a model in Lego, the wheels and Minifigs are the two most likely factors in determining the scale..

Brand loyalty – Some companies specialize in one particular scale, and that’s that.

How much detail? How good is your eyesight? How crazy do you want to be? All play a part in scale selection.

Eye hand coordination – This is of interest for modelers and customizers. Generally, bigger is better, up to a practical point.

Taking satisfaction in crafting tiny details – In this case, it’s all about the challenge, eyes be damned! A tiny N scale train with accurate details is an amazing sight (for those who can see it!)

Pride in crafting a humongous tribute – On the other hand, if you have a lot of room or work in a museum, you might want to create an impressively giant model. The bigger the kit, the more you can mimic real materials and assembly techniques. Why create rivet patterns, when you can have actual rivets holding parts together?

The bigger the scale, the more detail you can work with.

How big is this scene? – If you’re making a diorama, do you want to show an complete, enormous battle in one small space? Or do you want to focus on a small vignette in great detail?

Other modeling interests – Airfix makes a lot of airplanes at 1/72 scale, but tanks and ground vehicles at 1/76. Why the small difference? The plane scale came first, and at 1/72, a 6 foot person is exactly one inch tall. 1/76 matches OO scale trains, so when they made land-based vehicles, it made some sense for them to match the trains. (1/48 planes go well with 1/43 model trains) or minifigs. (By the way, if you’ve ever wondered why certain scales even came to be in the first place, we covered that a while back.)

Large commercial aircraft are usually done an really small scales like 1/144 (half of 1/72).

Wide range of models – If your interests are broad, and you want to stick to one scale, 1/64 and 1/43 are most likely your best choices for model cars. For planes, it could be 1/72 for most small military planes, or 1/144 or even 1/400, if you’re into jumbo jets. Large warships are often rendered in 1/1,200 scale, resulting in a still pretty big finished model. 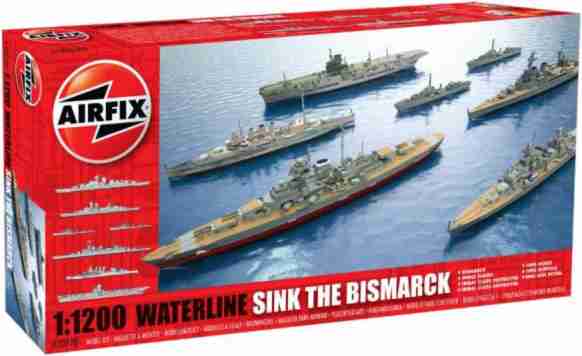 For really big flotillas, scales as small as 1/1,200 are common.

Popularity – You got into this hobby to be popular, right? Maybe not, but working in the more common scales will present more opportunities to trade, share, and otherwise connect with fellow hobbyists. For model car kits in the U.S., 1/24 or 1/25 are far and away most popular choices. Is it because the market spoke and the manufacturers listened? Or do modelers just buy what’s available? Strangely enough, this scale is not nearly as popular for pre-built cars.

Going Against the Grain – Some modelers just dare to be different. Pocher/Rivarossi makes a series of 1/8 scale cars that are quite frankly enormous. They contain some colossal detail, and sometimes require building components such as wire wheels. And they are pretty expensive. But if you only plan to build a few models in your life, that may add up to your cup of tea.. 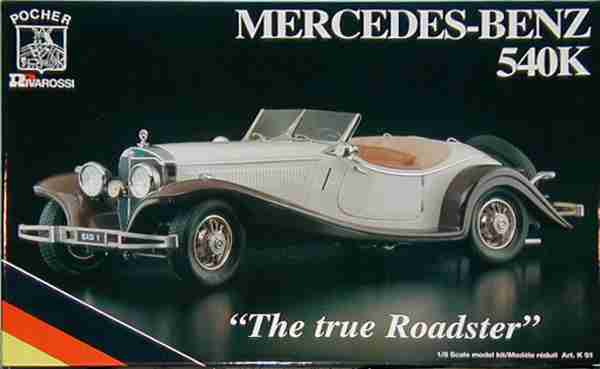 Pocher makes a series of 1/8 model cars, which are huge, hyper-detailed, and pretty expensive.

It’s sort of made up – For many fictional vehicles, such as spacecraft, it can be hard to nail down a scale. You can sort of figure out how big it’s supposed to be, but accuracy is loose. Models of the USS Enterprise from Star Trek are often listed at 1/1000, as it makes a plausible ratio for a decent sized model. 1/6,250 is about the smallest size, suitable for a model of, say, the Death Star. 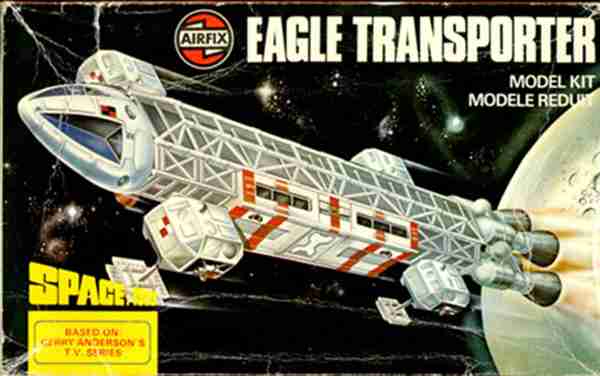 Some fictional creations like the Eagle Transporter from Space:1999 don’t have a scale, some do.

Love at first sight – Did you get a model as a gift at some age that you just loved? Maybe you just found a particular brand or range, and whatever that scale was, it stuck with you forever.

Whatever’s going – Several modelers in the forum said they build whatever strikes their fancy in any scale, feeling that a lack of dedication to one scale or brand can be liberating and fun. And isn’t this whole collecting thing supposed to be fun?

We’d love to hear your stories of how you decided on a particular scale or scales for your collection… Let us know in the comments.

I tend to collect both 1/43 and 1/24 scale models with a few 1/18 for fun, but most of the scratch building I do is in 1/24 scale… it is a nice size to work in and is manageable… Tried to leave a picture of some of my work but the link does not work

Those are neat models… tell us more about them!

I gravitate to 1/43 because of a few of your reasons:  shelf space, brand loyalty (or collecting theme), wide range of models, love at first sight.  But I think you covered all the various reasons very well!

1/8 and 1/6 are my preferred scales. I scratch build, starting with drawing the car on sheet metal. I enjoy using regular size tools in assembly.

I have a sizeable collection of 1/18 cars. Exoto is top of the list but frankly some of the low cost companies turn out some very nice affordable product.

The main reason I responded to this survey was the comment about wheels and tires. With a little imagination any size wheel can be fabricated from a round can or plastic bottle of the proper size.

Nothing is beyond your interest or dreams.

Jack, you take scratchbuilding to a whole nother level!

My main interest is military aircraft, mostly fighters.  For me I chose 1/72 scale for the shelf space issue you discussed.  I don’t have a lot of room to store and display my models so the smaller scale works best for me.  It also helps that there has been something of a renessance in 1/72 aircraft models recently, and many of the best now rival the detail of 1/48 scale aircraft of just a few years ago.