Which FunkO’s Cereal is Best? Yeah, We Ranked Them!

In case you haven’t heard, Funko Cereal is an actual thing you can eat. Officially dubbed FunkO‘s (because what else would it be called), this cereal joins a surprisingly growing list of collectible breakfast cereals. The gimmick behind FunkO’s is that there will be all kinds of themed cereals, which all contain a corresponding Funko Pop! figure inside. If you were ever the kid that liked to buy cereal just for the toy inside, then this new Funko Cereal was made for you. 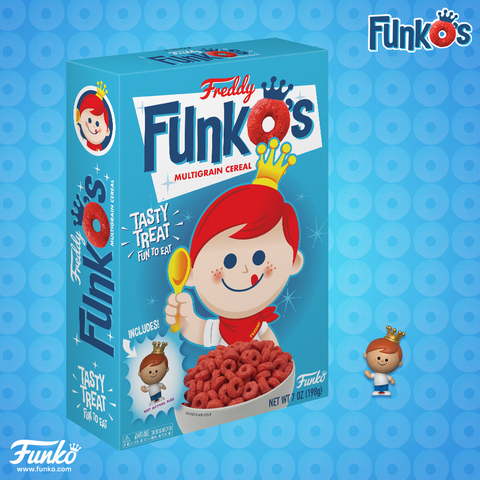 So far, 6 different lines of Funko cereal have been announced. And in true Funko fashion, you’ll have to run to different vendors if you want to collect them all. Funny enough, none of the Funko Cereals will be sold at places that sell food, which halfway makes sense (because it’s Funko) and halfway does not (because who is going to walk into a GameStop looking for breakfast). Of course, this info is all well and good, but what would any collectible be without a highly opinionated list that ranks them from worst to best? Here to settle this score ourselves, let’s see which Funko Cereal is best. 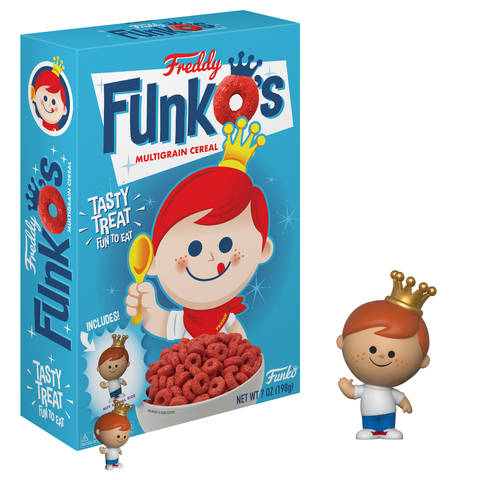 Let’s be honest here, the Freddy Funko cereal exists for the sole purpose of being last.

All but the most loyal Funko Pop! collectors like the vinyl figures because of the nostalgic pop culture characters. As merely the mascot of the brand, Freddy Funko just doesn’t have the star power to stand out. To prove this, Google “Freddy Funko Fan Fiction” and you won’t find even one relevant search result. Which is probably good. 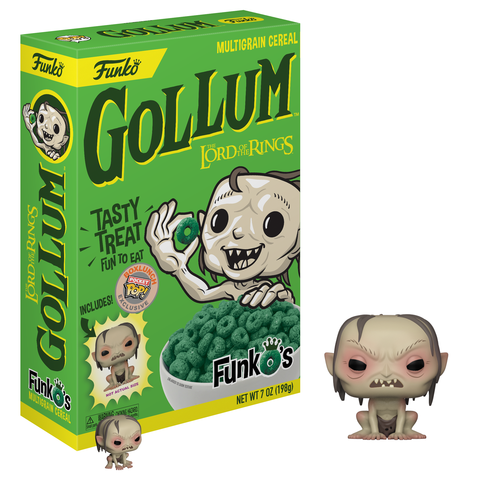 By all accounts, a Lord of the Rings cereal should have no problem topping any list it could be put on. However, this Gollum themed cereal has so many missed opportunities that it should put up a missed connections ad on Craigslist.

First of all, you mean to tell me you have a line of ring-shaped cereal, and Gollum, a character who obsesses over a golden ring, is given green cereal!? Green!? What is this, a cereal for ents!? As it is, green is possibly the most repulsive color for food to be if you’re a kid or possibly an adult with poor diet choices. Even Lucky Charms, a cereal that boldly sports a green motif, knew better than to make anything but the marshmallows green.

Also, why wouldn’t a Lord of the Rings cereal be pioneered by a hobbit character? You know, the race that loves breakfast so much that they eat it twice? Okay, Gollum is technically a hobbit, but does it look like he’s had even one breakfast lately, let alone two? 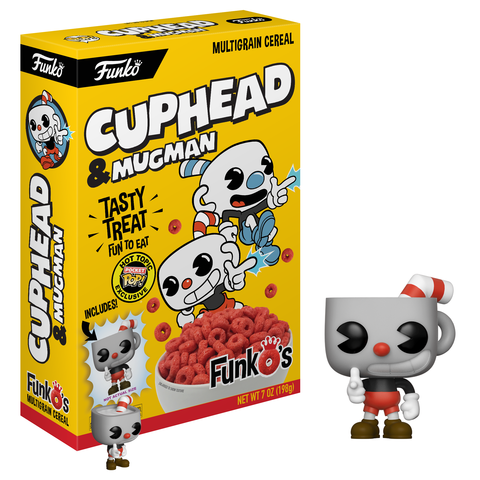 On one hand, Cuphead is cool.

On the other hand…

Welllll Cuphead has his cereal,
it might even taste nice.
But Cuphead’s game is so insane, all night we paid the price.
Paid theeee priiiiice.
Nooooow every morning, we’ll all see
That devilish smiling head.
And we will regale how hard we failed…
Aaaaaaaand
We’ll eat something else instead.

Also, eating Cuphead cereal out of even a vaguely cup shaped object feels like cannibalism. 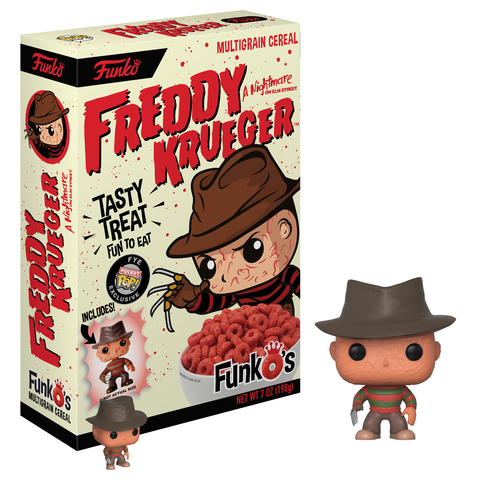 At first Freddy Krueger had a lot of points against him for his placement in the official Funko cereal tier list. After all, why would you want to be thinking about nightmares at breakfast time? It just seems so wrong.

But then you realize that Freddy’s cereal is red, presumably to be the color of blood. This is the same as Freddy Funko’s cereal, which leads me to believe the two are in fact the same person. And just like that, we have our first taste of Freddy Funko Fan Fiction. 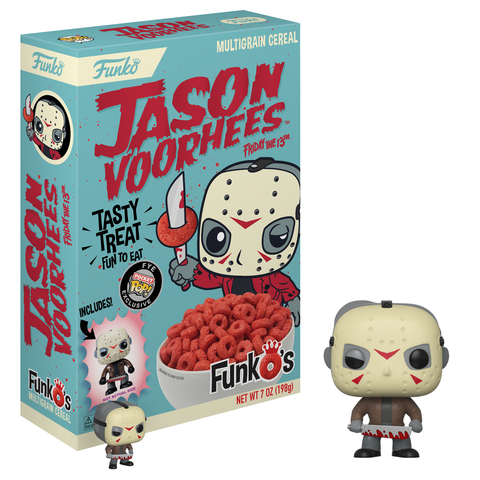 Can one fall in love with a psycho cereal killer monster from a cereal box? Because that is how you feel after seeing the Jason Voorhees cereal.

Not only is his cereal red like the Freddy cereals, he clearly is eating it by using his knife as a fork. This is objectively adorable and I’ll hear nothing to the contrary. Also, look at that sassy half-winking eye right on the box. 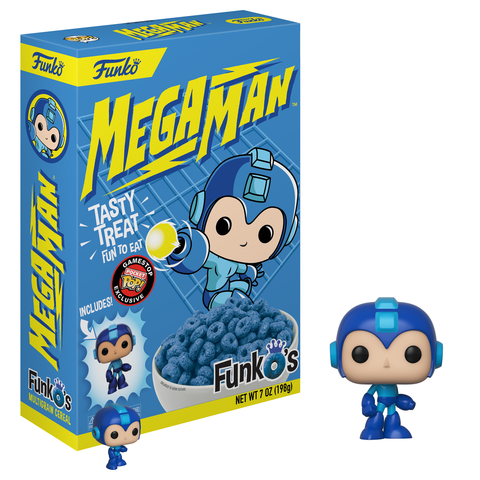 For far too long, the world has been denied the joy of an official Mega Man cereal. Now, presumably, after Mighty No. 9 couldn’t secure the funding for its planned cereal spin-off, we’re finally getting the Mega Man product we’ve all been waiting for.

All we’re saying is that now Gamestop can compete on your list of best places to get breakfast food, but that’s a list for another time.