To Collect and Preserve: Why is Toy Packaging Worth so Much? 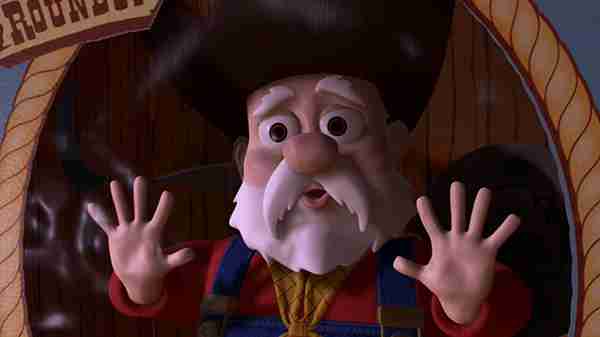 In Pixar’s “Toy Story 2,” much of the movie’s plot was driven by the fact that the Stinky Pete action figure was priceless because he was mint in the package, as well as being rare to begin with. On the other hand, Mr. Pete (or is that Mr. Stinky?), led a bitter existence of resentment from being unplayed with, as well as for being the least desirable figure (hence his low production numbers and maybe why he never made it out of the box). So if he was going to live out the rest of his life like that on a museum shelf, he might as well make some other toys miserable as well.

Toy packaging has become a huge variable in the value of many collectibles. Some collectors don’t care all that much, but for many, the difference between “MIP” and “loose” is so big that opened toys may as well not exist. There’s even an industry catering to collectors who want to protect their packaging from the kinds of horrors the packaging was designed to protect the toy from.

So why did toy packaging become such a big deal to collectors? Here are some thoughts: 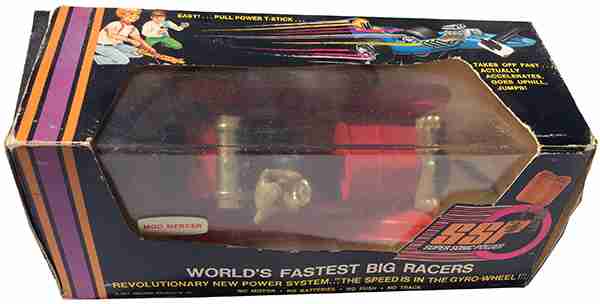 That’s kind of the point of packaging, right? Even the nicest loose Topper Johnny Lightning car is likely to have a few minor imperfections from handling and environment compared to one that has sat in a blister card untouched for almost 50 years. And yet, sometimes the ravages of time manage to reach inside that cocoon and cause paint to fade, chrome to rub off, and parts to come loose.

Ironically, in some cases, that perfectly preserved toy is hidden in a smoky, discolored blister with shelf worn cardboard, making collectors scratch their heads regarding the value of the packaging. The box or blister did its job, and now you want to criticize it for being less than perfect? 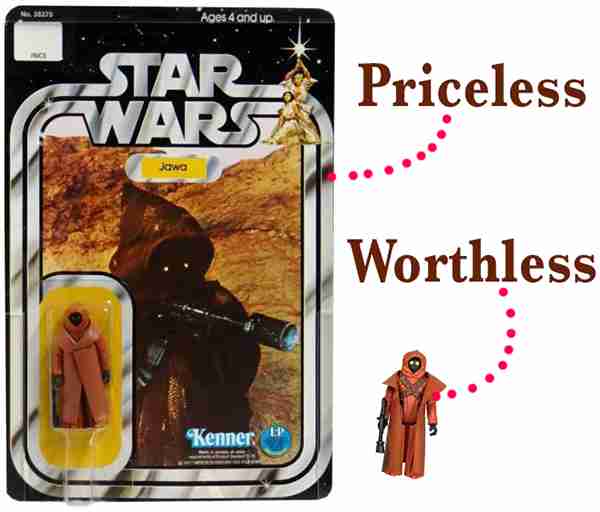 The proof is in the packaging.

Packaging can be proof of authenticity.

The Jawa with the vinyl cape is the classic example: Kenner’s earliest “Star Wars” action figures included a Jawa sand creature with a stiff, ugly vinyl cape. They decided to replace it with a cloth cape that was better in every way, making the early ones rarer. But today, they’re only really valuable in the package, because the vinyl cape is so easy to fake on a loose figure. Same thing with stickers for early Hot Wheels cars, which are easily reproduced. Find one sealed in its blister, and you know it’s the real McCoy.

Packaging can be as cool as the actual toy sometimes.

Just look at the early history of Hot Wheels, and that’s all you need to know. As if the cars weren’t awesome enough, the imagery on those cards made them stand out from all the competitors. For something that was just a by-product of buying a toy, some companies really went all out in their package designs. 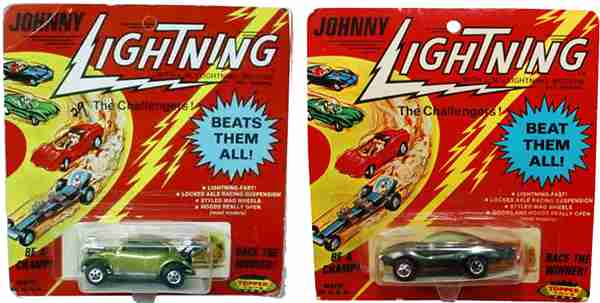 One letter makes a big difference for these Topper Johnny Lightnings.

Packaging can provide extra rarity via variations or mistakes.

Errors are fun to collect for many people, and often the only mistake is the wrong toy on the wrong card. Rip that open, and it’s worth no more or less than any identical model. As for variations, it’s neat to find multilingual packaging, or later/earlier versions of a toy that might include different information such as expanded checklists or different small print on the back. Another variation might be for legal reasons, such as Johnny Lightning having to modify “Beats Them All” to “Beat Them All.” Only one letter changed, but the early ones with the bold claim are much rarer. 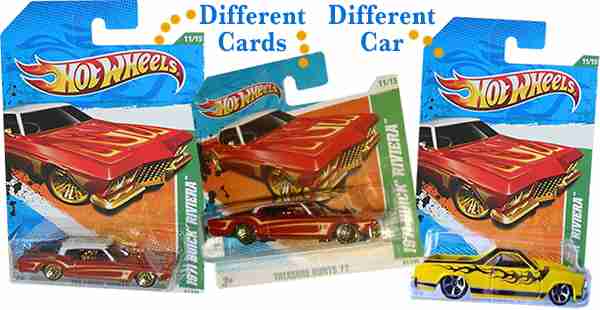 Variants and Errors are part of the package for collectors.

Packaging can be incredibly rare for older, classic toys.

There was a time when not every single thing in the world was preordained as “limited edition,” “collectible,” or “exculsive offering.” Toys were just toys. If you were a kid in 1968, you couldn’t wait to rip open that new Hot Wheels car and send it down the track and into the sandbox. Which is why they are so beloved. And the blister card was a disposable afterthought. 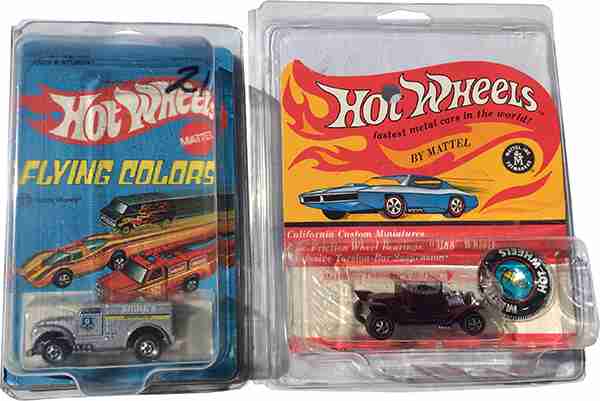 The original Hot Wheels packaging is a treasure to be preserved in its own right.

Sure, the words “Collector’s Button” was on the package, hinting at the future of such toys, but very few kids probably made a conscious decision to collect every car to keep mint on the card.

So where did these pristine examples of that era come from? Maybe someone got a duplicate for their birthday and decided to hang onto it for later. Perhaps they bought it but misplaced it before they could open it. Maybe there was some lost store inventory that sold years later when the value was becoming apparent. 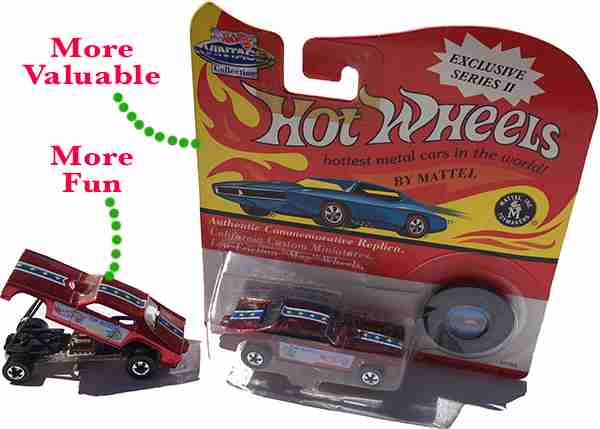 The fun factor is increased out of the package. 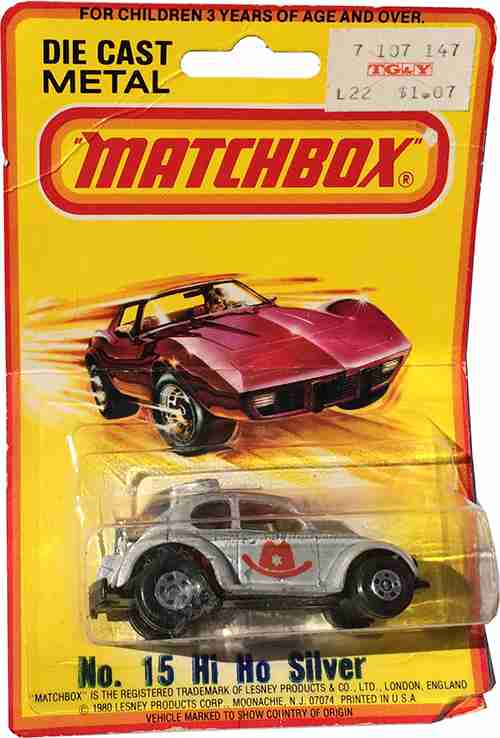 The value of this Matchbox car is only slightly increased by the blister card. Should I open it?

Flash forward to the era of Beanie Babies, which were explicitly marketed as things to collect and preserve (but not to play with). Never mind that before those came along, most toys were designed to bring joy accrued during playtime. In fact, it’s almost rarer to find certain Beanies that have been played with. The point of these older toys was that they were fun, and finding one in the package today is an unexpected treat.

Ironically, the Toy Story franchise has given birth to many classic toys, including characters designed for the movie, as well as new life for some of the old classics that show up onscreen. The power of imagination in the movies made them fun for kids to play with. And yet, in many cases, collectors would buy them all, including the less popular characters, and preserve them in their original boxes, bags, and blisters, never to be played with.

Did we not learn anything from Stinky Pete?

I just want to say great article. I enjoy the Toy Story reference which were a poignant film series to begin with.

I have a Johnny lightning car in the wrong packaging. I’m trying to find out what it would be worth. Any ideas on where to find info on the web?

Probably not very much (sorry!) as there are very few JL error collectors. That is more of a Hot Wheels domain. You can read more about errors here – https://blog.hobbydb.com/2017/12/15/how-many-errors-can-you-find-in-this-article/.

Can’t find answers to the following questions. Once a package has been opened, should the packaging generally be saved? Assume the toy is no longer around or is beat up. When my 30-something son was young, I TRIED to have his toys opened carefully and to save the packaging. I still have boxes and the back part of bubble packs from a lot of his toys from back then. Trash or treasure? I understand that some toys and packaging are worth more than others, so this is just wanting to know in general. Should I throw it all out or carefully preserve what I still have? Thanks for any useful advice.

Hi, blistercard packaging generally has very little value but boxes and other packaging that is intact and could be used to house the toy or another collectible again can have a lot of value, sometimes more value than the item itself. If you add a photo of the packaging you have here we can give you an estimate. Alternatively, you can email us.

I thought I was bidding on the actual items, turned out it was only the boxes. Now what do I do? Thanks for your help.

Ah, the fever of auctions…  buy the models lose and sell combined.  That being said these are too new.  I would put it up for sale again.  Sorry!

Great question! Joschik beat me to it… if it’s a box that can easily be displayed ane reused, collecotrs are often willing to reunite it with the model. For example, there are a lot of Matchbox boxes on for sale on hobbyDB. https://www.hobbydb.com/marketplaces/hobbydb/catalog_items?type_id=171

Thanks to both of you for the info>

For some collectible segments, so-called Errors are collectible, Hot Wheels is probably the biggest of them (read more about that here and here).  I doubt that you find that for the new subjects, in particular as this one is just inserted the wrong way and could easily be corrected.

If you can package it back you should be OK, otherwise you probably lost around half of the value.  The Amazon listing seems a fluke to me (and remember, just because it is offered at over $100 it is not worth that).  I see this figure sell MIB for around $30 at the moment.

If a box is “perfect”outside but purchase date handwritten on inside, does that decrease the value?

Probably not by much. As always adding an image of the box and the price would make it easier to give you a more accurate answer.

I have a Disney Collectible Figure which is supposed to be labeled “Gone Fishing”.  It is, in fact, labeled “Gonge Fishing”. The label has a different UPC code from the corrected boxed figure.  The photos show the 2 different boxes with the same product inside. Is the misprinted one worth and more than the correctly printed one? Both are brand new in the box.

Thanks for your help.

Hey, do you guys know how to open the hot wheel box without making somewhat of a big tear? I tried opening mine and it got a big tear 😅

That depends on the type of packaging and deserves an article (great idea, thanks!). Brooklin Models even had a special tool to offer the boxes they used to use. If you want a quicker answer tell us what type of packaging you talk about (or better add a photo).

We will never know unless you add an image 😉

I have two rare collectible Barbie’s still taped up in the original shipping box from 1990. Should I open the shipper box? Would that decrease the overall value? Thanks for any advice!

Please add a photo as it is hard to comment here without seeing that.

Will do this evening! Thanks!