We’re gearing up for the 2018 San Diego Comic-Con with a look at two new Entertainment Earth Convention Exclusive items that are sure to enthrall the most dedicated Marvel and Power Ranger fans. 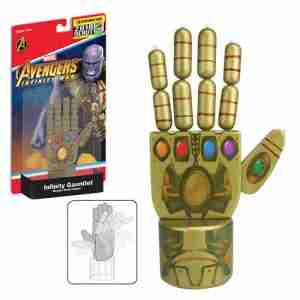 Thanks to Entertainment Earth, you’ll now be able to channel your inner Thanos and bring the Infinity Gauntlet to life.

The gauntlet stands four inches tall and is made from solid wood. It collapses and gets back up again with the push of a hidden button. It’s topped with highly detailed, 360-degree artwork.

Entertainment Earth is limiting the gauntlet to 1,500 pieces complete with a numbered, holographic sticker. You can own the gauntlet and its Infinity Stones for $8.99. 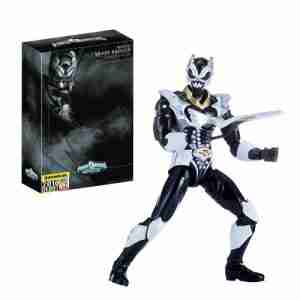 Every hero needs an antagonist. For the Powers Rangers, that villain is the Psycho Silver Ranger, who also makes his Entertainment Earth exclusive debut at the San Diego Comic-Con.

Both items initially go on sale at the Entertainment Earth booth (No. 2343) from July 19-22 at the San Diego Comic-Con. The company will fill and ship orders on remaining supplies after the weekend with an expected arrival in August.