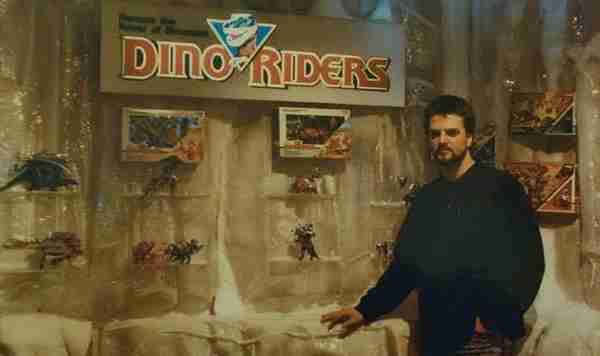 Over the past few weeks we’ve brought you the stories of some of the folks who helped bring Matchbox cars to life at Mattel. Steve Moye,  and Rob Romash worked together for several years defining the shapes of those cars.

Now meet Glenn Hubing, who created the colorful designs on those models (and many other toys). Hubing was responsible for designing the livery on the 3” Matchbox cars, creating the graphics and helping to decide the color palettes.

In the order of production, Moye first sketched original concepts for unlicensed car models (and also created the technical drawings for those plus the models based on real cars). Then Romash created a series of hand carved prototypes, starting with a size study (to get the model to fit exisitng wheels and packaging) and then more detailed models from which molds could be made.

After those steps, it was Hubing’s turn to shine. He would decorate the preproduction models as accurately as possible, trying to represent what the final production toy would look like. This wasn’t just your average model kit painting exercise, however.“The painting process for most items included primer, and then auto lacquer. For vinyl parts, such as dolls, cel vinyl paints were used,” he said. “Designers provided PMS (Pantone Matching Sytstem) color chips for accurate product colors. Then we had to custom mix and match with Lacquer.”

The painted models were not just used for the approval process, however. In some cases, they were used for photos on promotional posters or for commercials that had to be produced before the final products were available. So they tended to be pretty close representations of the real thing. 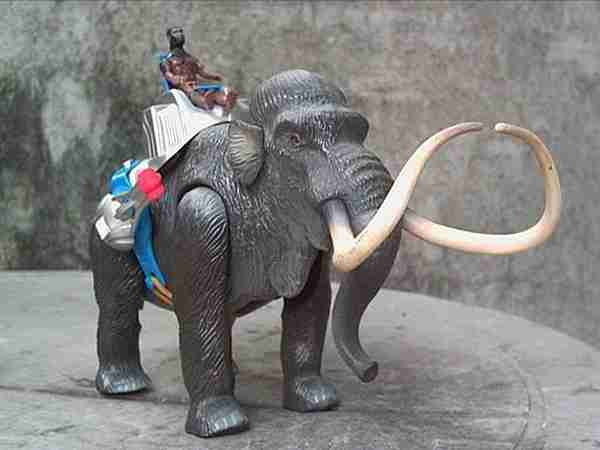 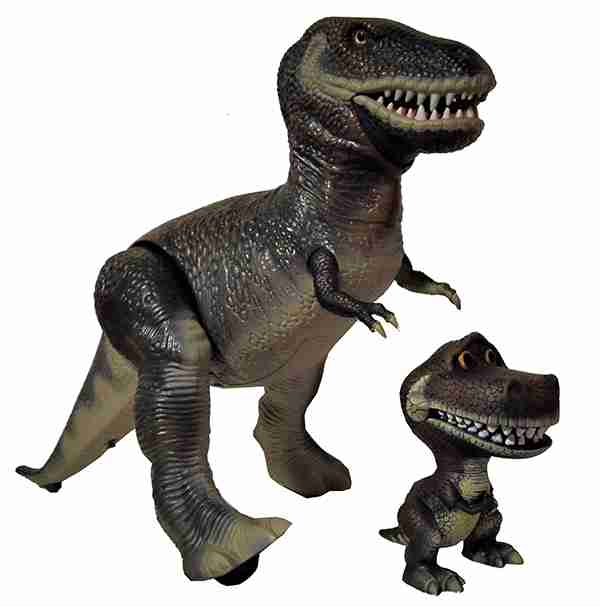 Hubing mentioned dolls in there, by the way. As it turns out, his tenure with Mattel started before Romash or Moye, and he worked on a lot more than just diecast cars. “I worked for Tyco, then Mattel after they bought the company, from 1987-1993. I was hired as an intern from my school, Hussian School of Art in Philadelphia. I started as a Blocks Designer,” he said. That’s Blocks as in the Lego style bricks made by Tyco at the time. Yes, Hubing got to play with blocks for a living.

For Mattel, he had even more opportunities to work with diverse toys. ”I lucked into a painting position that was needed for Dino-Riders in 1988 to ’90.  I painted all dinosaur samples and designed the final year Ice Age line.” To this day, the Dino-Riders remain his favorite toy series that he ever worked on. “Dino-Riders will always be my favorite. I taught myself how to use an airbrush on a Saturday, and by Monday I was painting a Triceratops for production.”

The painting gig became his full time job at Mattel. He worked on everything from R/C vehicles, slot cars, dolls, games, phones  and of course, Matchbox vehicles.

While Romash is selling off a good chunk of his various stages of preproduction models, you won’t be able to get your hands on a Dino-Riders prototype from Hubing. That’s because he has already parted with most of the physical models. “My only regret is selling all my casting sales samples in the late ’90s. , he said. “I also regret tossing 1 of just 2 samples of the original Brontosaurus accessories sets, and a Muppet Dozer working dump truck found in our storage from the late 80’s. I still have my 2-D color dino studies, though.”

If you’re lucky enough to be on his “nice” list, Hubing might custoimize some “Christmas Vacation” ornaments or figures for you.

This kind of work must have been fun for Hubing, because after retiring from the business, he still enjoys it as a hobby. “I build custom Hallmark ‘Christmas Vacation’ ornaments for the holidays which sell well online, he said. “I also collect and make Custom Funko Pop figures… ‘Christmas Vacation, again, is always a favorite. Considering how many of his creations ended up under the tree as presents every year, it seems fitting that he would be a fan of the holiday.

The Redneck Roadkill R/C vehicles from Eclipse Toys are one Hubing’s latest projects.

He recently reunited with Romash to help create a new toy line, Redneck Roadkill R/C cars. “I was recently pulled back into the toy world by my old friend and Mattel alumni Rob Romash, to work on Redneck Roadkill,” he said. “They let me use all my design and painting skills to the fullest.The R/C trucks are weathered like nothing else on the market.” (We’ll bring you the more details of Romash and his recent endeavors soon as well.)

They say if you love your job, you’ll never work a day in life. Hubing, Moye, and Romash are living testaments to that saying.

Another nice story about the origins of Matchbox cars!  Are there any photos of the cars he did?

We’re trying to locate some from his archives… will update when we have some!