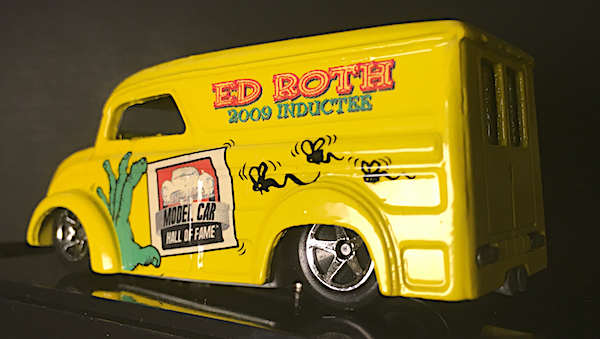 Our good friends at the Model Car Hall Of Fame just announced a cool collaboration between Ed “Big Daddy” Roth and Chris Walker. Walker, one of the most prominent modern Hot Wheels customizers, has created a special limited edition design of the Hot Wheels Dairy Delivery honoring Roth. And if you hurry, you can get your hands on one!

Roth, of course, is a legend in car culture, both as a customizer of real cars and as the creator of many ridiculously proportioned but accurately detailed hot rod cartoons.

Walker chose Rat Fink, Roth’s creepy but lovable green spokescharacter, as the basis for the design, which also honors Big Daddy as a 2009 inductee of the Model Car Hall of Fame (called the Diecast Hall of Fame at the time).

“I started with the ever popular Dairy Delivery and painted it nuclear yellow,” said Walker. “Roth style designs and details were added along with his most popular creation on the roof, the Fink himself.  Final details include his year of induction in the Hall of Fame and name on the side panel. Very fitting and adds a touch of class as the first MCHOF ‘By Inductees, for Inductees’ piece commemorating Roth and the MCHOF.” Another nice detail is the lettering, done in a style that evokes Roth’s own personal font. 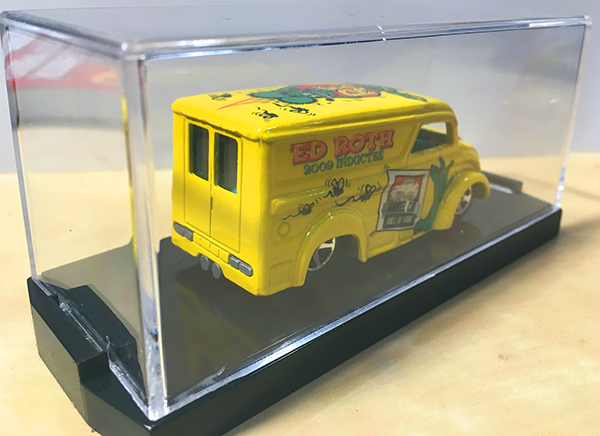 It makes sense that a Hot Wheels car is the basis for the project, as Roth’s own Beatnik Bandit served as the design for one of the original 16 Redline models. The custom Ed Roth Rat Fink Dairy Delivery is available from the MCHOF marketplace, but you’ll have to act fast… only 50 copies exist. You can find them at the MCHOF store on hobbyDB for $63, which honors Rat Fink’s first appearance in 1963. 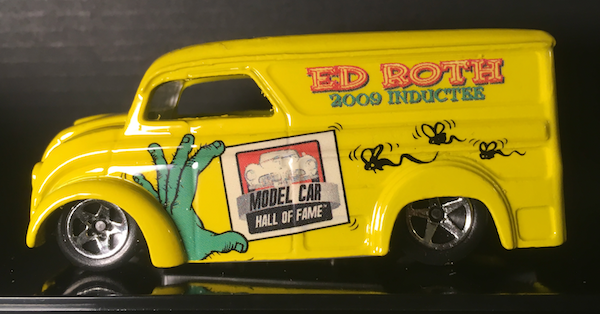 As a kid, Walker was so inspired by Roth’s designs, giving him an early leg up on his customizing career. “As a Roth fan myself, who custom-built many of his creations that were never made in scale form, you just know I was more than excited to be a part of this project.” 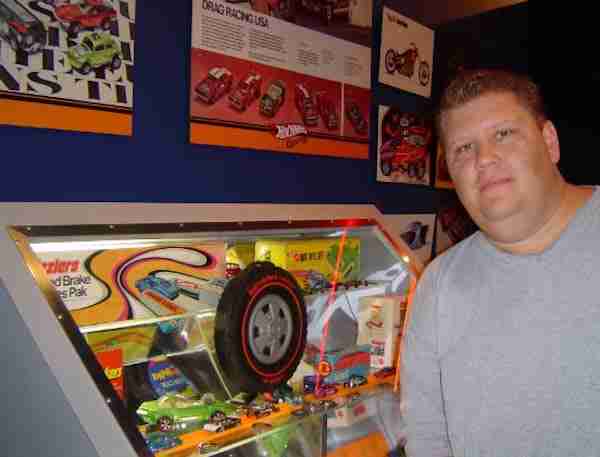 Walker himself was also inducted into the Model Car Hall of Fame in 2009, part of the inaugural class. “I’m sure Ed would love it,” Walker says about his custom. “Hopefully you guys do too!”

You did a great job on that dairy delivery congrats.👍 I love it.👍

I got number 9 of the Rat Fink delivery.  Fits in great with my Roth Collection.  Great job.

Rat Fink is a signature symbol that every hot rod enthusiast knows, it is associated with many people’s childhood, and it even lasts for the rest of their lives.