To Infinity and Beyond… Well, to $4K, anyway, for this Buzz Lightyear Prototype

One of the great lessons of the “Toy Story” movies was that toys need to be taken out of their packages and played with in order to  become loved through such interaction.

One of the great lessons of “Toy Story” collectibles is that some of those toys are, well, pretty darn valuable and must be treasured.

Take this 9-inch tall Buzz Lightyear figure. If he looks a little colorless, that’s because he is a very limited production model. Sorry, he’s a pre-production prototype of that very limited model. A very nice one to boot. And Rob Romash is selling it right now on hobbyDB.. 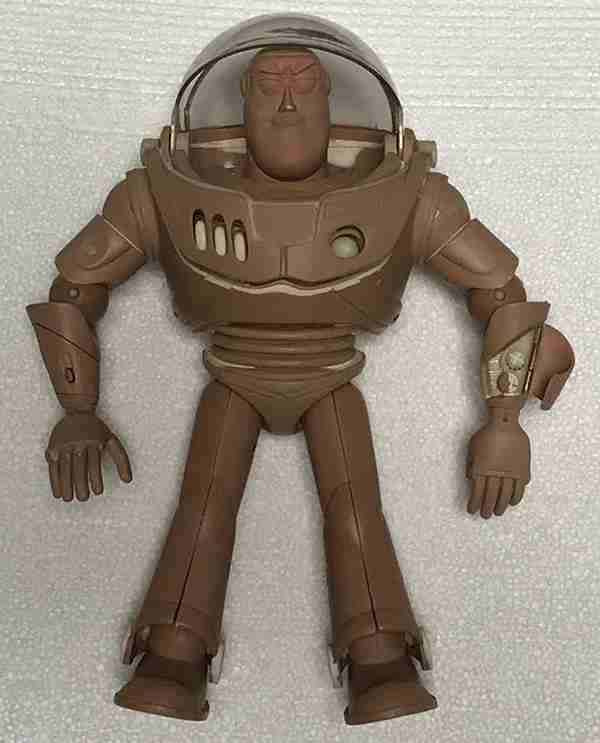 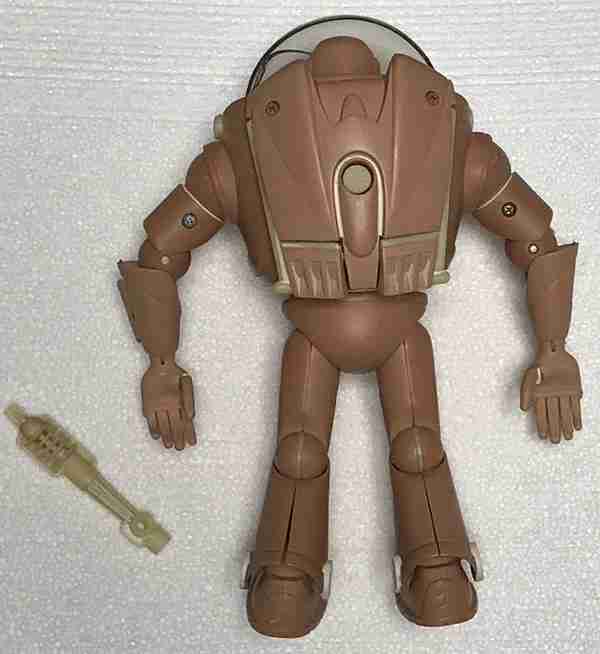 This Buzz Lightyear Prototype comes from the collection of Romash, who if you’ve been reading our blog lately, was a designer for Matchbox and other companies in the early 2000s. While with Matchbox, he actually worked for the overall Mattel brand as well, occasionally sculpting action figures and other non-diecast toys. The production Buzz figure was released shortly after “Toy Story 2” hit theaters. “It is a one-of-one for a high value licensed item,” said Romash. “It’s worth the price especially for the collector who wants something not anybody else can get.” He estimated about 250 man hours went into this project.

The model for sale here is not a solid figure, but is actually made up of resin molds of each individual part that eventually went into the final product. As such, not only did it need to look perfect, but it had to function and hold together like the real thing. “The final model had lights and sound,” said Romash. “I wasn’t the electronics guy, but many of the buttons and other features in Buzz had to do with electronics. These would be added later… It was my job just to make sure they could be incorporated in the next step.”

“This model was scanned for 3D and then that scan is put into PRO-ENGINEER software. It would be in the computer that the final additions for electronics would be added,” he said. “Each part would be scanned and then they could do any other final tweaks in the computer.”

“After the 3D is in the computer, the model gets translated to steel molds for mass production. Its a lot like a full size clay model car manufacturers do. They still depend on the human hand for that full size clay model to make sure the car is as the designers want, those clay models (full size) also are then scanned and put into 3D and from there tooling plans are done and production starts, pretty much just like Buzz here.”

What you’re looking at here is the one and only master from which, if not all, final molds were made from, including a few minor adjustments made with putty (you can see the different colored material in a few places.) Also, the facial expression is slightly different, suggesting another last minor change. Mattel’s final model included new features that Buzz “discovered” during the highly-rated, universally-beloved sequel. Here’s a nice video showing what the production model could do. 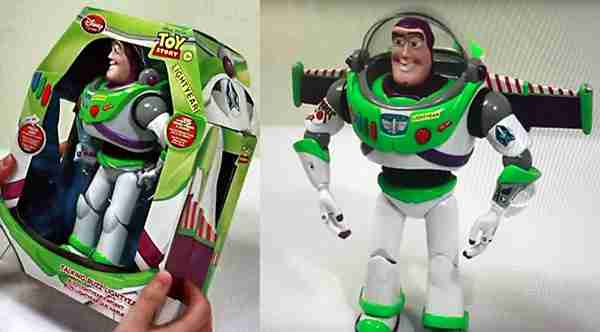 “I worked on several “Cars” models and was privy to all PIXAR movies years in advance,” he said of his days at Mattel. “I remember seeing very early drawings and storyboards for “Monsters University” years before release, among other PIXAR and Disney stuff.”

“Now I’m out of the cool loop,” he sighed. At least he got to play with this stuff for a few years, right? 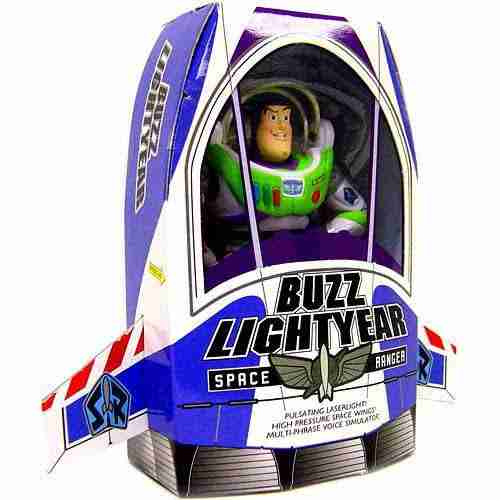