Over the past couple of years, we’ve shared some brands of diecast vehicles that are off the beaten path, obscure, or just plain odd. Some of them are offshoots of famous brands, some from other countries, but never widely distributed worldwide, and some disappeared quickly for various reasons. Some of these unusual model car brands have strange histories, some occupy weird niches, and some of them make really exquisite models. What they have in common is that you haven’t heard of most of them… until now.

The original early 1960s Aurora slot cars were slow, and not really ideal for racing. And they emitted a loud buzzing noise, resulting in the name “Vibrators.” Yikes! In the mid-1960s, the company upgraded the chassis for performance with faster engines and wider tires (which sometimes required cutting a bigger fender opening on older castings. And despite the loud name, the new ThunderJet chassis was much quieter.

Speaking of slot cars, AJ’s was best known for their accessories and “hop-up” kits to make your cars perform better. They created their own segment of slot vehicles, however, with the Oscar Track Cleaner. These were futuristic street cleaner designs that actually functioned to clean the metal electrical rails in the tracks. The design was expanded to add ambulances and other trackside vehicles. Neat and clean!

Vehicles from this Calcutta brand fell into two categories: crude knockoffs of other diecast brands like Matchbox and Tootsietoy, or crude original models inspired by other diecast brands. There is something sadly funny about the ill-fitting, weirdly proportioned parts that make you want to give them a home. Also, the box art is pretty great across the board. 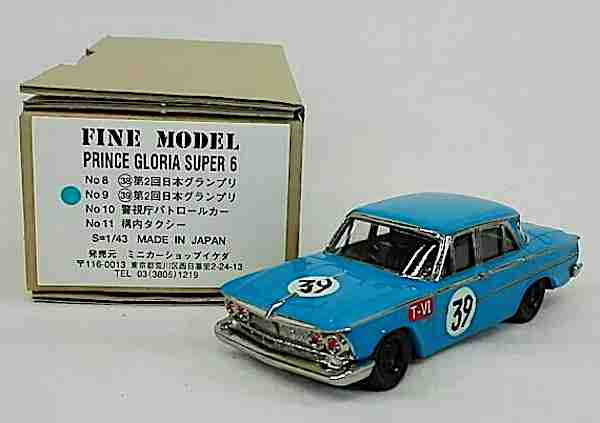 This was a curious brand from Japan… Every modestly detailed 1/43 car they made appears to be a sedan shape. No fastbacks, convertibles, wagons, trucks. Just sensible, Japanese sedans. Nothing fancy. Just, well, Fine.

Like Fine Models, this company made only models of 1/43 JDM vehicles. Unlike Fine, they were a bit better detailed and had a lot more variety, including sports cars, wagons, ragtops, and even a nice miniature of the legendarily strange and wonderful Mazda Cosmo.

Another obscure Japanese brand, this company thought outside the box. Their niche was fantastic concept cars like the Ferrari Modulo or the Fiat Abarth Coupe 2000. These are cars that largely don’t exist from other diecast companies, so they are rather unusual. 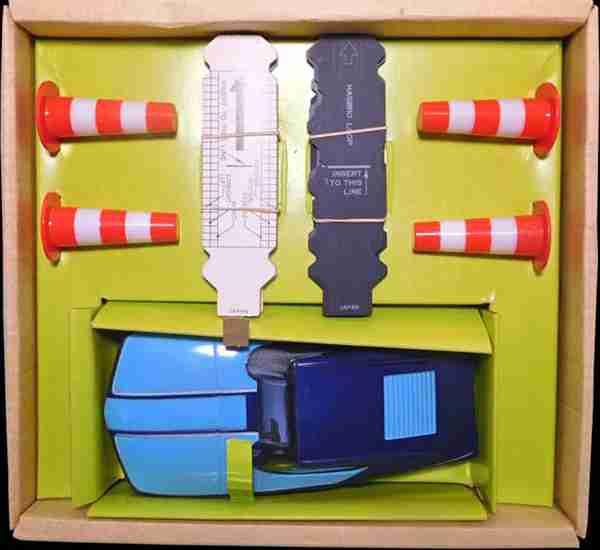 In the late ’60s, Hasbro produced “The Fantastic Car with a Brain.” These models were propelled by a drive system similar to an old computer punch card that dictated when the car would turn, stop or back up. The first batch included an early GT-40 and three very rare American concept cars. In fact, this might be the only model of the Buick Century Cruiser show car ever made. Later models (a Dune Buggy and a VW Beetle) were designed for customization including larger rear wheels and other features. These were released as Computacars by Mettoys in the U.K. 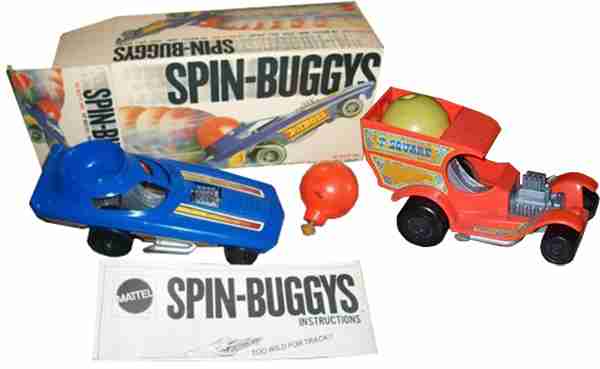 This was a spin-off from another toy… literally. In the early ‘70s, Mattel created a line of gyroscopic spinning tops called Wiz-z-zers. Instead of the old method of pulling a string to spin the top, these had a built in friction motor with intense gearing that would let them spin for a really long time when revved up on that delicate hardwood floor. (Sorry Mom and Dad!) As cool as that was, the company also made the Spin Buggys (sic), a pair of vehicles that were motivated by firing up the top and dropping it into a hole in the roof so it engaged the rear axle for instant acceleration. You could choose from a blue funny car-esque model or an orange C-Cab delivery van. Both were made of thin, lightweight, flexible plastic, so while they moved quickly, they were also very delicate and few examples have likely survived.

The Essence Of The Car

This is a case where odd is beautiful. Imagine illustrating the most iconic features of a unique classic car in a few brush strokes… The Essence of The Car basically does that in 3 dimensions. These models are really abstract sculptures that use minimal shapes to unmistakably capture, well, the essence of a particular design. 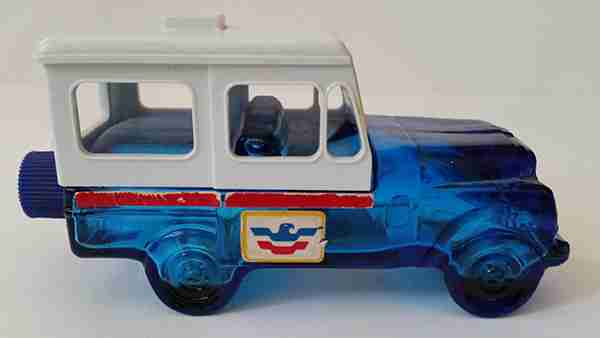 Sure, you could give your 1970s man aftershave for Father’s Day or his birthday… but if that scented, burning liquid came in a car-shaped bottle, even better. Avon offered their wares in all kinds of shapes (including a mail box for the “First Class Male.”) But the most collectible were the vehicle-based ones such as a Ferrari, Jaguar XKE, Corvette, and a U.S. Mail Jeep for that “Extra Special Male.”

Did you have any of these when they were new? Do you collect them now? Let us know in the comments!

I collect  race and customize both the Aurora Vibrators and Thunder Jets, I’ve been collecting for many years and love the hobby and my passion.

In my younger days my mom always got me the auto/transportation related Avon decanters. I still have the Edsel and Studebaker on display and am pretty sure the others are packed away in boxes from the time we sold my parents home way back in the early 1990’s. Just need to figure out where in the storage room that box might be. Also have had the Maxwell models in my collection – many were Matchbox type clones – crude but a unique part of my collection in those days since they were made in India.