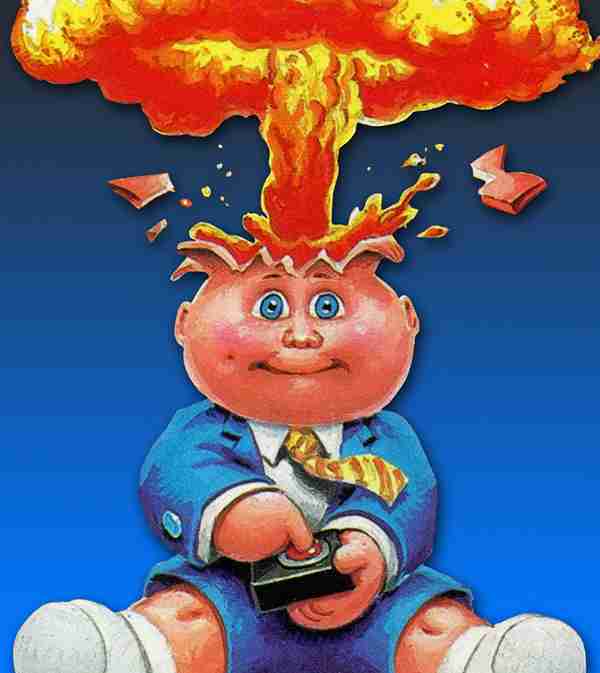 Oldweiler doesn’t care to share photos of himself, so enjoy this image of Adam Bomb instead.

Snark and shock have always been profitable forms of entertainment, from Mad Magazine to “South Park” to fail compilations on Youtube. In the mid 1980s, one particualr brand really stood out for its trashy nature. Garbage Pail Kids hit the scene as a parody of the Cabbage Patch kids and in all honestly had a longer cultural impact than than the subject of their satire.

GeePeeKay.com is the brainchild of Matt Oldweiler, who has been an avid collector of GPK stuff since he was a kid. ‘I was 10 years old when I saw my first Garbage Pail Kids sticker (Dead Ted), and I was instantly hooked,” he said. ‘They were this perfect storm of everything my little brain could handle. GPK were little pieces of artwork that were both funny and gross…they were hated by teachers and despised by parents…and every kid in their right mind was obsessing about them 24/7.” 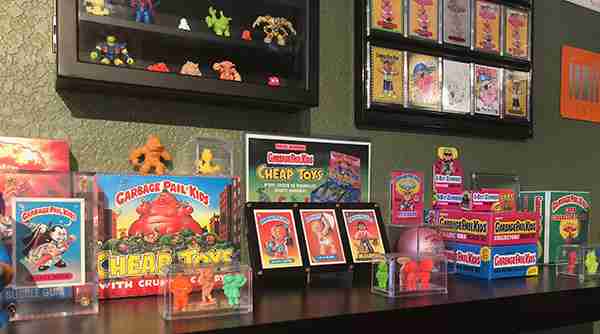 Oldweiler’s office is full of all sorts of GPK items.

As one of the foremost experts on a popular collectible, Oldweiler, is now also a member of the hobbyDB Advisory Council.

He began collecting in 1985, the original heyday of the stickers. “Pretty much every waking minute of 1986 was spent looking at my collection, and doing whatever I could to make that collection bigger. I took a little break in the 90s (although I still picked up some items at the occasional card show), but jumped back in with both feet in 2003 and haven’t slowed down since.” 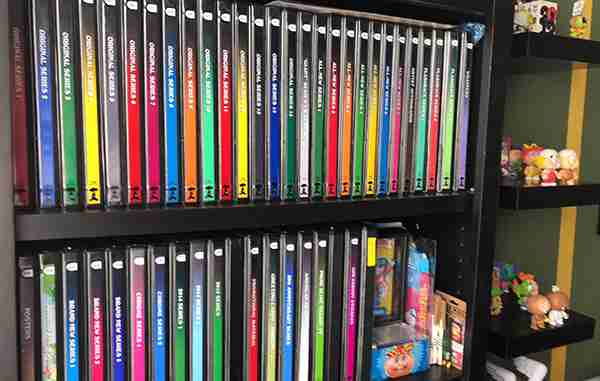 Binder after binder of valuable garbage!

Time to mention the elephant in the room of this cultural wonder/wasteland… The “Garbage Pail Kids Movie,” which opened to terrible reviews and bad box office. Surprisingly, he doesn’t hate it. “I’ve been a fan of the GPK movie since day one, and still have the collector cards that they handed out at the theater when I saw it way back in 1987,” he said. “And sure, the movie is @#%ing terrible, but that’s part of what makes it so awesome! Unfortunately I think the original movie is SO BAD that it has ruined any chance at a new version.  But if by some miracle it DID happen I think a lot of fun could be had with a ‘Roger Rabbit’ style approach of mixing animation and live-action together. Maybe one day… 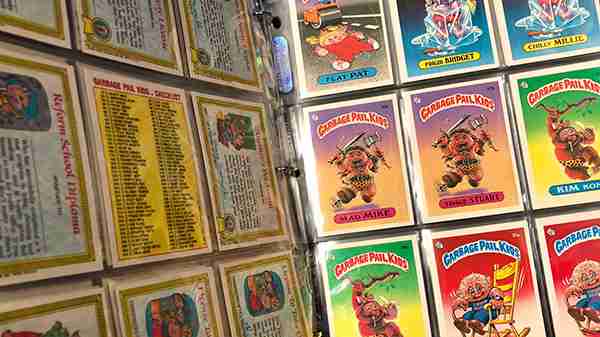 Just a few of the cards in Oldweilwer’s collection.

His collection is partly on display in his office. “For decades I kept almost my entire collection in boxes. Sure…it was safe and secure, but I found that I wasn’t getting the enjoyment out of it that I wanted, he said. “So a few years ago I made a conscious decision to display more of my collection and began work on redesigning my home-office (GeePeeKay HQ).  Today I have close to 25% of my collection on display, and I am constantly adding something new to the shelves and walls!” 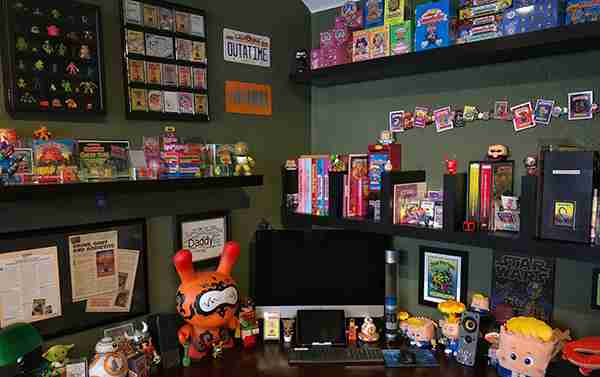 Is this a museum in a workspace or the other way around?

An exact count of GPK items would be hard to calculate, but Oldweiler says it’s in the thousands rather than hundreds. “Over the years I’ve managed to assemble a collection that includes every sticker and (almost) every toy from the 80s, foreign albums and stickers, comic books, skateboards, plush and vinyl figures, and much much more. Although it’s nearly complete there is always SOMETHING out there to add!” 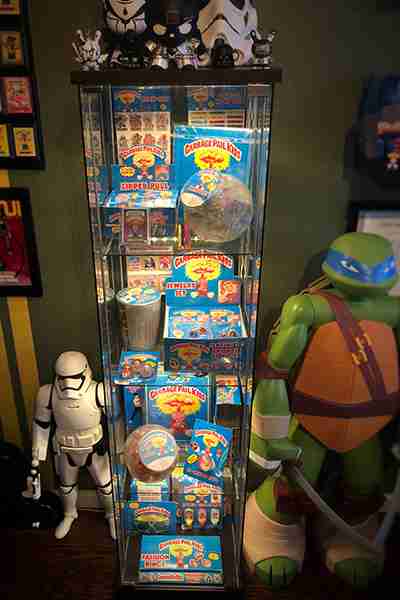 Oldweiler collects a few other things as well, including Star Wars and TMNT.

In addition to GPK items, he has collected a, well, collection of collections. “It would be easier to list the things I have NOT collected over the years. For as long as I can remember I’ve collected Star Wars and Disney memorabilia, but I also have a hard time avoiding the occasional Kidrobot/vinyl toy purchase.”

Over thirty years later, the Garbage Pail Kids are still going strong, certainly more successful than the pudgy dolls they satirized back in the ’80s. FunKo has even commemorated some of the trashier entries in the catalog in Pop! form.

hobbyDB hopes to have his entire collection added to our site soon, closing a big gap in our ever-growing database. In case you were wondering, maintaining his vast online library isn’t his actual job. He’s an engineer at a “large telecommunications firm near Denver” when he’s not collecting.  As for his favorite piece in his collection, the answer might surprise you. “My favorite piece in my collection is card #84a JOE Blow,” Oldweiler  said. “Monetarily it’s worth about a buck, but sentimentally it’s priceless.” Spoken like a true collector.