Which Holiday Owns The Nightmare Before Christmas ? 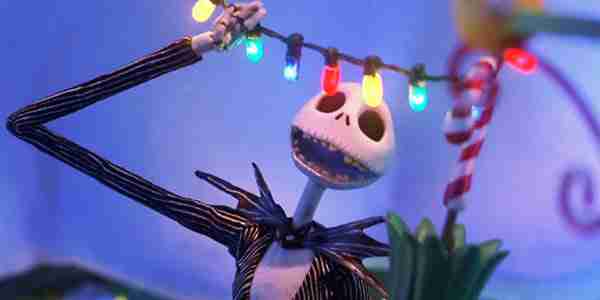 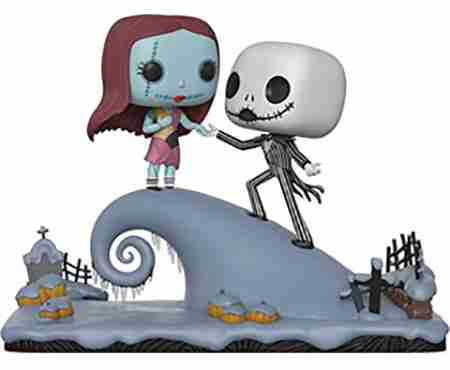 Awwww, look at those two, celebrating… which holiday, exactly?

Consider this list of films that folks watch in the spirit of October: Ghostbusters, Nighmtare on Elm Street, Friday the 13th… What do they all have in common? They’re all kinda scary/spooky to some degree, and also… they technically don’t have anything at all to do with Halloween. In fact, aside from the Halloween movies, very few movies do. Heck, E.T.: The Extra-Terrestrial has more Halloween content than most horror films.

As far as Christmas movies, there are tons to choose from. Die Hard leads the list, of course (you disagree? bah humbug, I say!). And Lifetime/Hallmark have filled the broadcast waves with mushy romantic movies that have only the tiniest bearing on Christmas. It’s A Wonderful Life gets a lot of play, but really, it’s only kind of coincidentally related to Christmas. 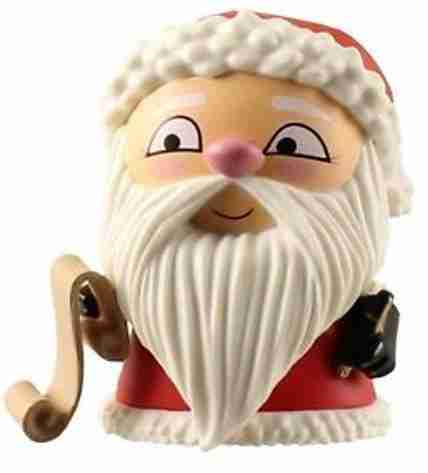 The Nightmare Before Christmas straddles a curious line between the two holidays. The main characters are ghosts and goblins and ghouls of all sorts who live in Halloweenland, preparing year round for their one special day. Sort of like elves making toys year round, right? Jack Skellington, the Pumpkin King, wishes his holiday could in fact be more like Christmas, so he decides to take over the Yuletide season. In fact, most of the movie takes place after Halloween, during the buildup to Christmas.

The monsters are generally more gothic and cute instead of creepy and scary, and act good-naturedly in most cases. Instead of a hostile takeover, the plot to take over Christmas involves a sincere desire to understand the Christmas spirit in order to embody the nature of the season. Does this all sound kind of like a Christmas movie? It does indeed.

In fact, the stop-motion animation technique gives the whole thing a toy-like feel reminiscent of those classic Rankin-Bass holiday specials. (In an ironic twist, Rankin-Bass gave us an Easter special with the scariest stop-motion villain of all, Iron Tail.)

Since this is hobbyDB, let’s try to settle the issue by looking at some of the collectibles from the film… 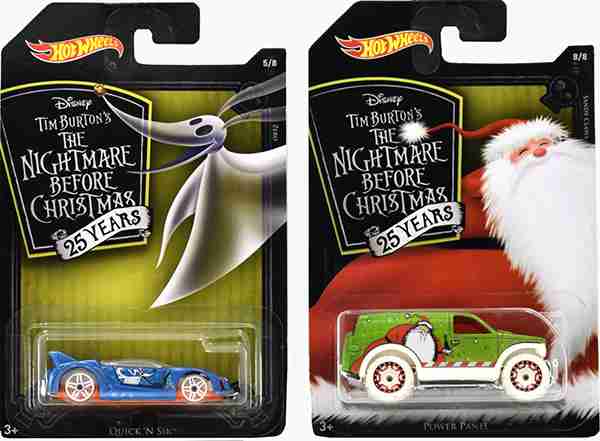 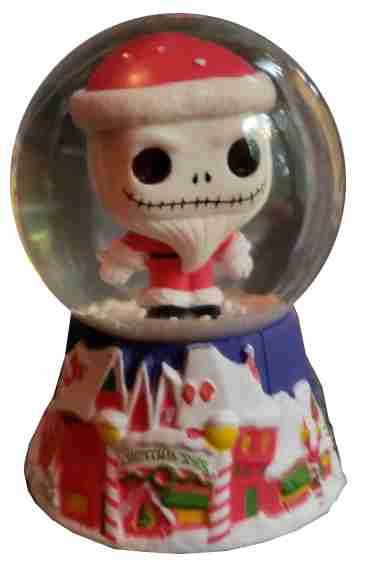 Well, Santa Claus does get a lot of screen time in the movie. Not as much as Jack, but he’s pretty pivotal to the action. And when the chips are down, he gets pretty vengeful, kind of like Bruce Willis’ character in Die Hard, which we have already declared the greatest Christmas move of all time. Also, it’s worth pointing out that Zero the ghost dog has a glowing nose sort of like Rudolph. And he files. Very Christmas. On closer inspection, that nose is a tiny pumpkin. So Halloween.

Consider this Jack Skellington snow globe (right). Okay, stop right there for a second. Snow globes belong to winter, not any other season. Totally Christmas, right? Now look at the base of the sculpture. Sure, people give away candy for Halloween, but those peppermint sticks are a bit too much. In fact, there’s an entire series of these snow globes, all leaning heavily on the yuletide spirit. Christmas all the way.

Let’s take a closer look at Jack himself. He is, by title, The Pumpkin King, which is about as Halloween as you can get. And he’s quite comfortable in the role, in fact, darn good at it. But he longs to be something, not different, but more. He wants to be Santa.

The list just goes on… Socks? These are decidedly Christmas themed. Or this sculpture? Well, if everyone in Halloweenland is on the naughty list, that means Santa has them on his radar. Or how about this video game? When did you get a copy of it? Your birthday, perhaps? Or as a Christmas present? 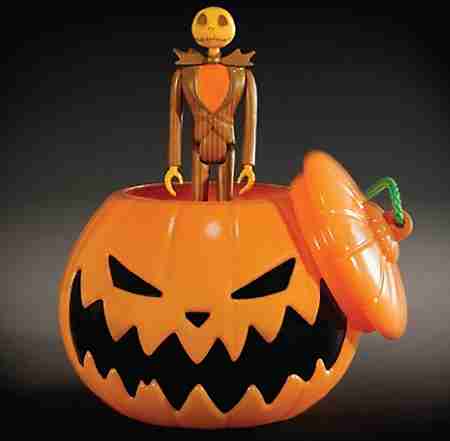 How about this collectible? It’s Jack, who is a skeleton, rising from a jack-0’lantern. What could possibly be more Halloween than that? Well, technically, this object is in fact… a Christmas ornament. So there ya go.

Despite the overriding gothic tones, the dark color palette, the fact that it takes place in Halloweenland… well, The Nightmare Before Christmas is really more of a Christmas movie than a Halloween movie. But since it covers both bases so well, the solution is to cue it up sometime in early October and watch it several times through the end of the year. Really, it’s that good.

In the spirit of both holidays, Jack Skellington lives inside all of us… like, say, a skeleton. Which is what he is, of course.

Do you have an opinion regarding which holiday this classic movie belongs to? Let us know in the comments!

To me it is both holidays Halloween and Christmas.👍