A few months ago, we shared a treasure trove of Matchbox prototypes and preproduction versions of later production models from the collection of Rob Romash. Romash was a Master Modelmaker at Mattel, working primarily on 1/64 scale Matchbox vehicles in the early 2000s, but also on a surprising range of other toys. We also had the pleasure of meeting Steve Moye, who was one of the artists creating illustrated concepts for inspiration, and Glenn Hubing, who hand painted many of those prototypes and designed graphics for Matchbox cars.

The skill and precision required to turn a block of acetate into a finely rendered, highly detailed first rendering of a model car is beyond the comprehension of most collectors. Which is what makes these models so freaking cool. The ones you see here are early test shots made from the molds made from the original carvings, so only a couple of each one may have ever existed. Know what else is cool? These are all for sale on the hobbyDB Marketplace! 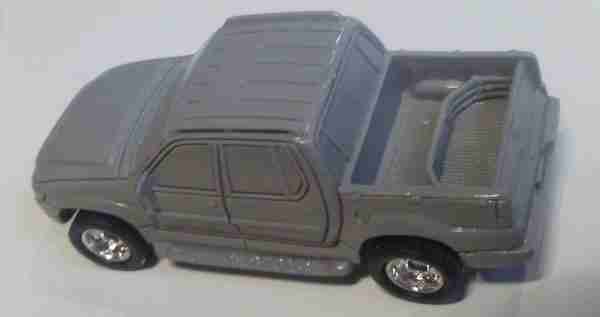 Quite a few of the cars in this batch feature moving parts, some with intricate detail. Take the Ford Explorer Sport Trac model. It’s a pleasant surprise for the tailgate on a truck like this to function, but in this case, the separate bed extender gate also works. That’s a pretty fine detail for a toy truck that sold for under a dollar! It’s incredible to see it in gray resin to see how much tiny detail is there.

There are two different ramp trucks in this batch. The first is a fantasy design, with a ramp extension that slides down from the main structure. The other flatbed tow is a little more restrained in design, not based on any particular real truck, but plausible enough to fit in with other licensed designs. The ramp on that one slides back flat before dropping down. The cab and chassis on the second truck are shared with another vehicle, a box truck with opening rear doors. 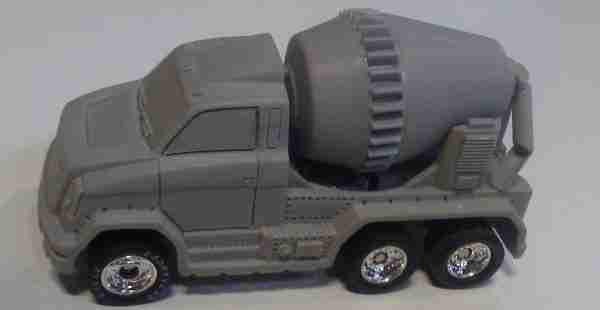 There’s also a cement truck with a spinning container on the back, complete with gear teeth to mesh with the rear axles. At this stage of development, the rest of mechanism wasn’t in place yet, so on the prototype, it just spins easily on its own. It doesn’t appear that this one ever made it into production. 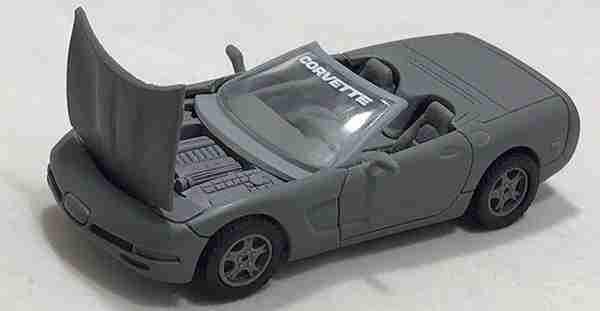 Another car in the batch might not be recognizable to collectors. Sure, it’s a 1997 Corvette, the first year of the C5 chassis, but this particular model was never produced by Mattel. It features a very thin opening hood and more detail underneath that isn’t usually expected on a basic Matchbox car. The interior is also much better detailed than their usual offerings. Unlike most preproduction models, this one has a completely finished chassis complete with the text identifying the car, copyright dates, and country of origin. Also, this one has a clear windshield with graphics, not common on such models.

Another car you really might not recognize is the TVR Tuscan, an oddball design from an oddball company (and as car enthusiats, we mean that sincerely). As rare as Tuscans are in real life, there are actually a pair of resin bodies in the collection. 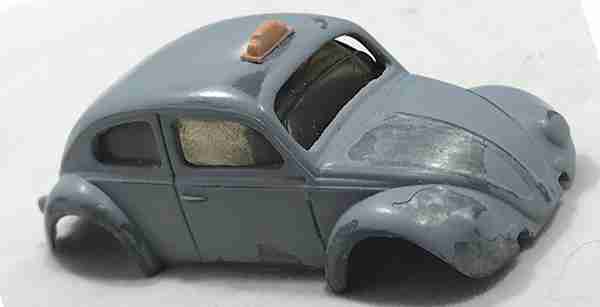 There’s also a Volkswagen Bug that feels like it’s’ actually made of metal. In fact, it’s a repurposed production body, but in this case, a tiny “TAXI” sign is fixed to the roof. It might not look like much, but that kind of detail had to be mocked up for production, too. On the finished car, the taxi sign was part of the main body casting. 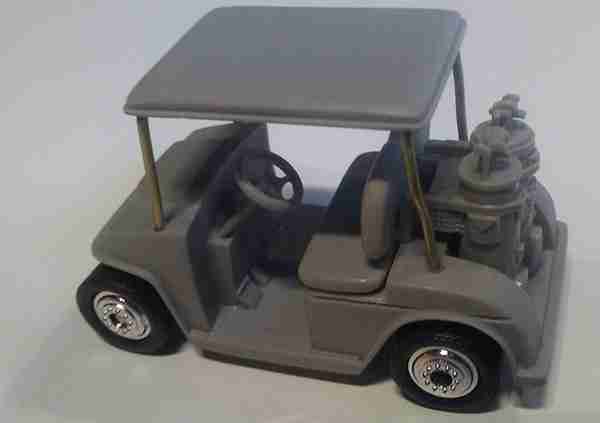 Finally, there’s a golf cart. While it doesn’t have removable accessories, it does have some remarkably finished golf bags in the back. It’s the kind of detail that usually gets simplified in the final process for cost or durability issues. On this one, you almost feel like you could pull out the driver and give a golf ball a ride.

And as we mentioned… All of these prototypes and more are for sale on the hobbyDB Marketplace. They’re one of a kind (well, except for the TVRs), so grab them while you can.