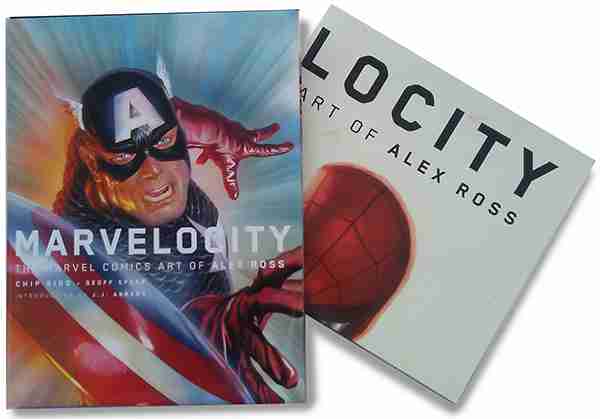 It’s been 15 years since the the publication of “Mythology: The DC Comics Art of Alex Ross,” a hefty collection of his fine art approach to superhero storytelling. But in the last decade, it would seem that Marvel has overtaken DC, certainly in the cinematic world, so it’s a good time his work for Marvel to get the same treatment. “Marvelocity: The Marvel Comics Art of Alex Ross” is the latest pean to his high art. (In between, there have been several other collections of Ross’ work as well as a 2018 art exhibit of his art inspired by ideas from Stan Lee, the Marvel legend who died this week at the age of 95.) 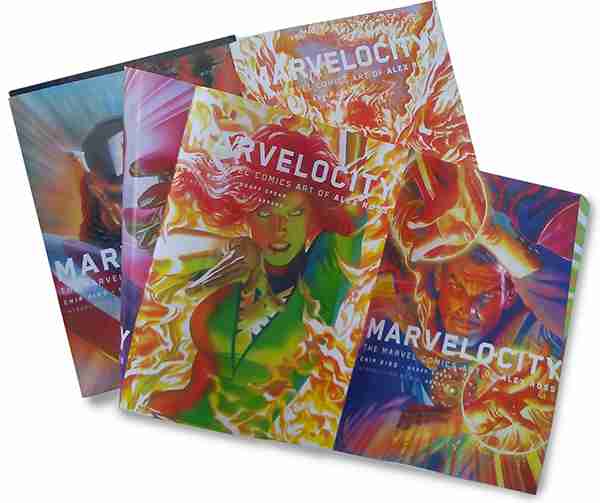 First of all, this book is huge and heavy. Even the dust jacket contributes to the heft; once you open it, the cover unfolds again and again into a long gatefold tapestry of alternate covers of super portraits. It’s like a pre-credit honor roll before you even get into the actual book. There’s even a large poster of an alternate cover concept with Spider-Man as the focus instead of Captain America.

Instead of black lines filled with garish colors, Alex Ross’ work is more of a realist painting. While the traditional comics style is full of wonder and fantasy, his more photographic approach actually makes the characters seem more human and possibly vulnerable and relatable. The heroic nature of his style might play more effectively with heroes instead of villains. In fact, the vast majority of the book is devoted to the good guys. 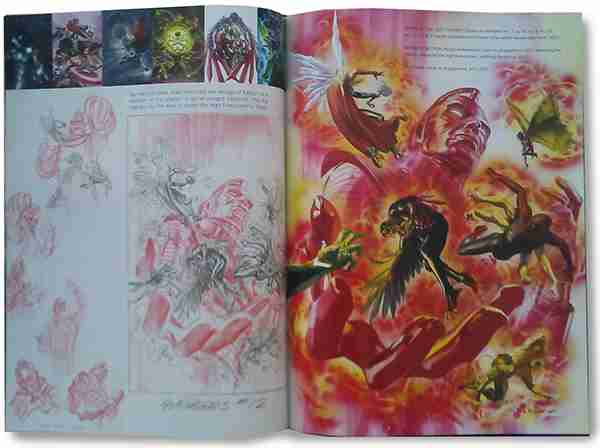 Comics critics have always struggled to classify Ross’ art style. To say he’s a cartoonist seems to sell him a bit short, as he’s almost a portrait artist who happens to work with incredibly dynamic subjects. On the other hand saying he’s NOT a cartoonist is kind of an insult to him (and everyone else in the industry as well.) Let’s just say Ross is a fine portrait artist working in a different medium. For several years, his illustrations have been used only on the covers, although the almost photographic quality ensures that the drawings inside will be consistently designed and composed. Beyond the covers, he’s always been heavily involved in the development of the look and the storylines of his comics. 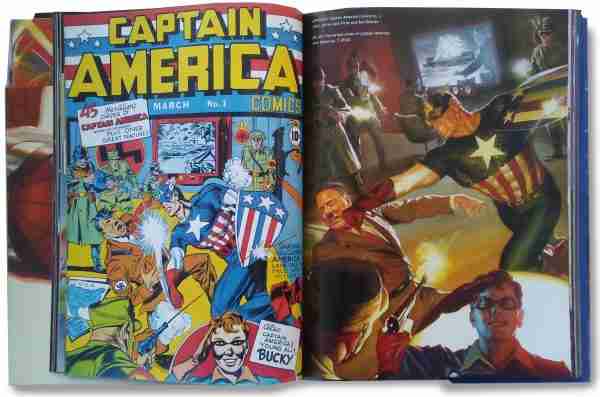 Nowhere is his talent better illustrated (literally) than a spread which shows the iconic cover of “Captain America” issue 1, where Cap punches Hitler while Nazis futilely fire back. Next to the original is Ross’ recreation of this cover for “Captain America: Sam Wilson” number 7 in 2016. The overall composition is the same, right down to the vintage look of his costume and the inset of “Captain America’s Young Ally BUCKY.” Except the distorted artistic license of comic characters gives way to a more physically real arrangement. And instead of speed lines and crosshatching and bursts, the rendering looks more like a photo of that historic moment. 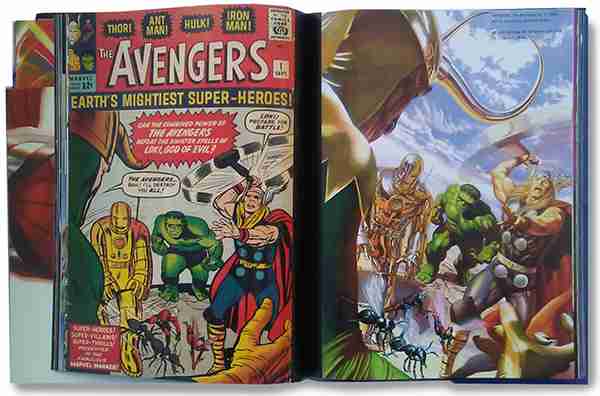 There are several other side by side comparisons that also serve as appreciation for how Jack Kirby and countless other artists had to work with older printing technology that made all those black lines and bright colors necessary. Ross was particularly busy with this sort of homage around Marvel’s 75th Anniversary. 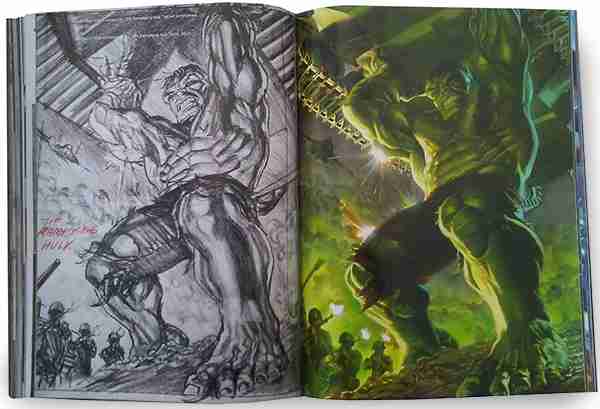 There are a lot of sketches included, which really helps you appreciate Ross’ talent as a panel composer. The dynamic poses that Kirby pioneered come to life bit by bit, side by side. It’s not just pretty pictures, of course. Chip Kidd and Geoff Spear spells the story behind the art with the knowledge that only comics insiders like them can tell. Add in some outsider perspective with an introduction by J. J. Abrams, as well as reflections by other comics dignitaries, and there’s a pretty broad base of tribute and expertise. 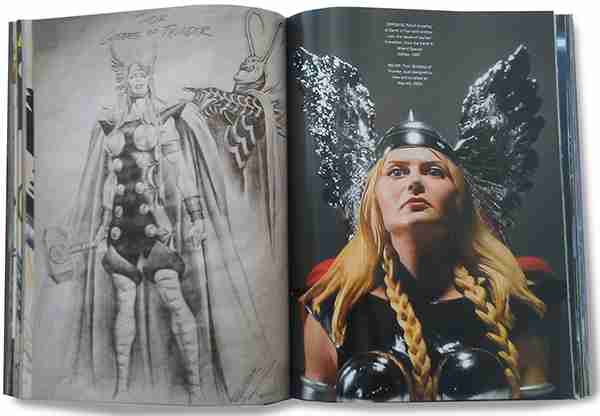 Ross has always been deeply involved in the overall creation and writing of his comics characters and stories. And his talent for composing a panel has been put to good use not only in comics, but also in storyboards for some of Marvel’s movies. Anyone with an appreciation of the Marvel universe in any form – comics, action figures, movies – should appreciate this book.