The Iconic Citroen 2CV, The French Car That Almost Never Was

Patrick Wehr, AKA ptkwr52 is our European correspondent for all matters Automobilia. Read all of his reports here.

The Citroën 2CV is one of the most iconic French automobiles ever made, but it almost never came into existence.

In 1934, the Citroën Company was bankrupt, and was taken over by the family-owned Michelin Company. At that time, France had a very significant rural population that could not yet afford cars. Citroën wanted to build a little low-priced car, an “Umbrella on four wheels.” It had to carry four people or 50kg (110lb) of goods to market at 50km/h (30mph) on unpaved and muddy roads. The car would have to be fuel-efficient, using no more than 3l/100km. 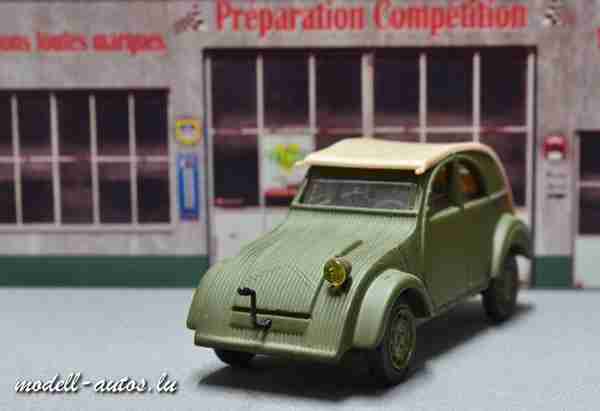 In 1936, they began to secretly develop a car called “TPV“ (Toute Petite Voiture, or Very Small Car). Water and air-cooled engines were investigated as options to power the car. They settled on a water-cooled engine, a horizontally opposed 2-cylinder engine of 700cc that was capable of propelling the car to 37mph thanks to its low weight of only 370kg. experimented with lightweight materials, including an aluminum body.  Citroën expected that this light material would soon be as cheap as steel. Although this didn’t pan out, it demonstrated Citroën’s commitment to innovation.

The first prototypes were uncovered chassis with rudimentary controls. Test drivers wore leather flying suits, much like pilots wore in contemporary open biplanes. 20 TPV prototypes were built by the end of 1937. French law at that time required only one headlight, so the TPV had only one.

In 1939, 47 technically different prototypes had been built and tested and a pilot run of 250 cars was produced, receiving approval for the French market. They printed brochures, renaming the car the “Citroën 2CV“ for the Paris Motor Show in October 1939. Everything looked great.

But with the beginning of the World War II, the launch of the 2CV was abandoned. As they feared some military application for the 2CV they hide several TPV’s in secret locations, one was even disguised as a pickup and the others were destroyed. 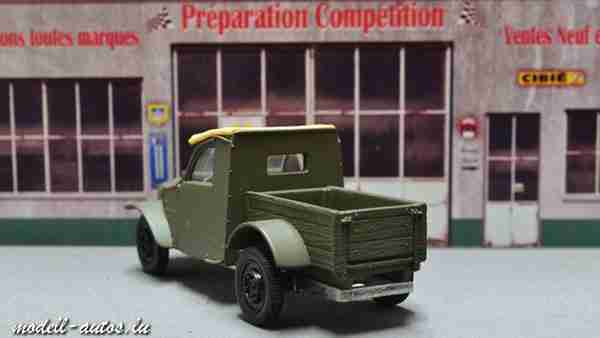 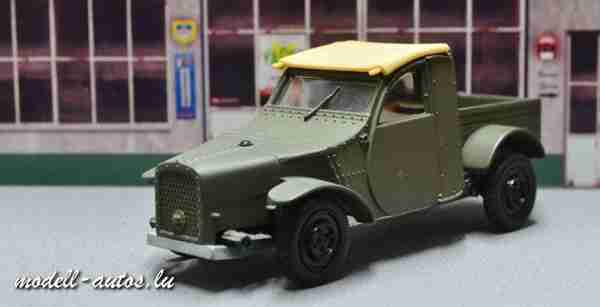 For years, it was thought that, at best, only two prototypes had survived the War or, at worst, that all the cars were lost. Apparently, management knew of the existence of some survivors, since in the 1950s an internal memo was issued ordering the remaining ones to be scrapped. Some workers who appreciated their historical value concealed those TPV’s so that they could be preserved. It was believed for years that only the Pick-Up and one other vehicle had survived. Then, in 1995, three cars were found in a barn at the Bureau d’Etudes at Ferté-Vidame and they were kept exactly as they were found. 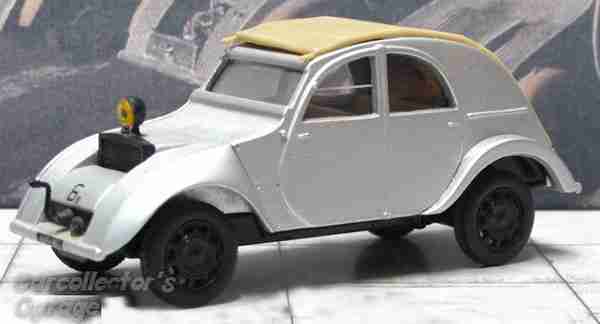 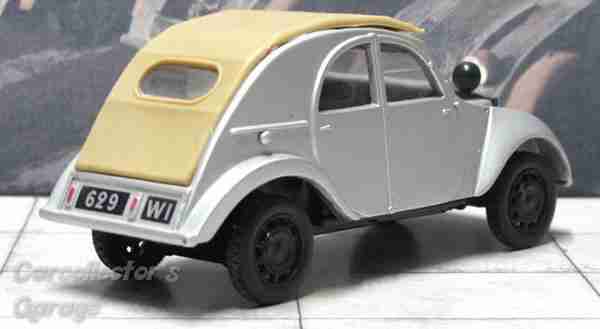 Pierre Terrasson began to built this model on 1935 and on 1939 three prototypes tested in secret the parts of the new 2CV on day and night. They tested various engines and technical parts and two Citroën Traction Avant’s with technicians on board followed them to give help if technical problems would appear. As war began the Terrasson 2CV were scrapped. 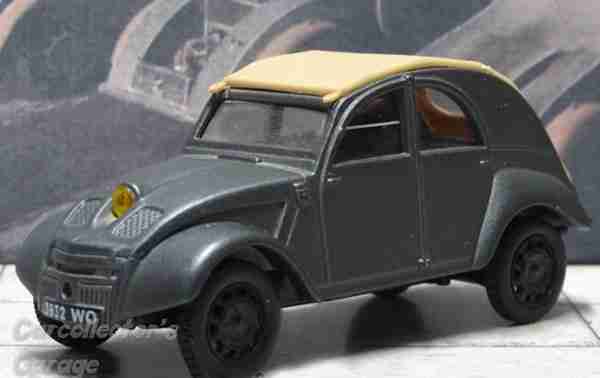 The 1939 Citroen Cyclope TPV by Norev 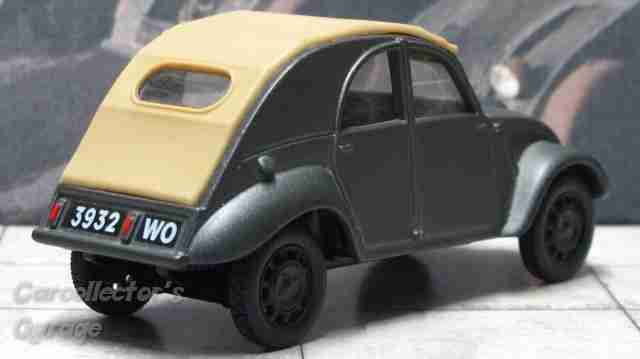 Some Technical Specifications of the Cyclope TPV:

As at the beginning of the war the development of the 2CV was stopped but Citroën began in secret to develop another car during the war. A prototype was made in 1942 with the name “Cyclope”. Can you guess why? The Cyclope kept the same dimensions of the first 2CV made in 1939 as well as the concept of the TPV. However, the materials used to build that car were cheaper in sight of the difficult times.

With so much expertise, experimentation and trial, the 2CV would go on to write history until production ended in 1990. 5,114,966 of them were produced over the years, quite a successful run for a car that almost never happened.