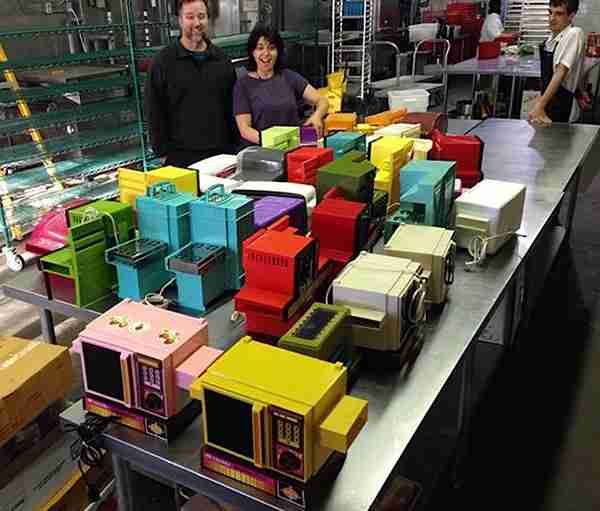 Sometimes a light bulb goes off in your head, and you just have to chase an idea. For Todd Coopee, that light bulb was inside an Easy-Bake Oven.

Coopee, who lives in Ottawa Canada, is the world’s leading expert on collecting Easy-Bake Ovens, the light-bulb-powered kitchen appliances from Kenner. “We had one in the family when I was a child. It was from 1972, sunshine yellow with flower stickers,” he said. “As an adult, I ended up purchasing my first EBO on the web in 2007.” From there, he started on a quest to get one of every variant of the ovens.

The toy had receded to the back of his memories until he saw an exhibit at the National Toy Hall of Fame in Rochester, NY. If you don’t think there are enough different Easy-Bake Oven (EBO, to the insiders), you’re not the only one. “I wasn’t convinced there was enough material for an entire book, but the more I looked into the Easy-Bake Oven’s history, the more interesting it became,” Coopee said. “After some initial interviews with former employees of Kenner, I felt compelled to tell the story about how the Easy-Bake had become a pop culture icon.” 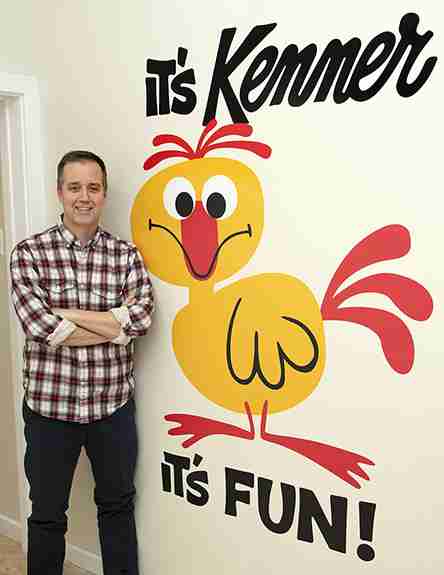 According to Coopee, there have been 11 different designs of the Easy-Bake Oven, plus variants in color and stickers. “Many of the models are simple cosmetic changes in color, sticker sets, etc., that occurred from year-to-year.” Anyone familiar with how we document collectibles on hobbyDB certainly understands the importance of such details.

There have also been changes to the engineering, utilizing different combinations of wattage to replicate a 350-degree oven. “The optimum wattage actually varied over the years,” he said.” At its initial release, the EBO was powered by two 100-watt light bulbs. Later models used two 60-watt light bulbs. A design change in the baking chamber in 1978 reduced the light bulb requirements to a single 100-watt bulb.”

While Kenner’s EBO dates back to 1963, the concept is even older. “Of course, it’s important to remember that working toy ovens were around for decades before the Easy-Bake Oven. Kenner just packaged and promoted the EBO in a way that made it appeal to a mass audience of consumers.”

As the Easy-Bake Oven grew in popularity, a slew of competing toy ovens also hit the market from companies like Argo Industries, Chieftain Products, Coleco, Peter-Austin, Topper Toys, and Tyco.

Of course, for Coopee it’s not all about baking at 100 watts. “I collect B-movies, mid-century modern memorabilia, and toys from the 60s & 70s, especially from Kenner Products. I’m drawn to toys that don’t have the ‘mass produced’ feeling you get from some of today’s toys.” To that end, he runs a website called Toy Tales, at toytales.ca. Articles are posted daily on a variety of toys, games, and other objects that were a big part of everyone’s childhood. His book is also available at lightbulbbaking.com.

Speaking of books, Coopee is working on another book chronicling the entire history of Kenner Toys. The passion to research and write about a company that disappeared decades ago is the kind of thing that makes all our collecting community grateful to have him join the 70 other experts on the Advisory Council at hobbyDB. (It was Coopee who first reached out to hobbyDB for an interview with Christian Braun that got the whole ball rolling.)

His collection isn’t as big as it once was, however. “Initially, the main focus of my collection was to acquire all of the different Easy-Bake Ovens that were produced, so I could include them in my book. Since then, I’ve donated many of them to several different museums so they could be enjoyed by others.”

As for the best recipes, “Cakes and cookies are always the best places to start!” We’ll drink a tall, cold glass of milk to that!

How do I find out what year my Easy Bake Oven was made? I’ve searched and searched for a website with pictures to compare it to but can’t find a good one. One like mine is advertised on ebay as an original 1963 version. But I read that Betty Crocker was added in 1973…is that correct? Mine is turquoise but in the same model as the avocado green one with Betty Crocker on the label…near as I can tell the avocado green one was made in 1971. Can you help me?