What about Ethics on the Web?

Harry L. Rinker is a leading national expert and consultant on toys, antiques, and collectibles and the author of numerous books on collecting. He writes a weekly news column, hosts a radio call-in show, and has appeared as an expert on several national television shows.  You can read more about Harry on his website www.harryrinker.com.

The hobbyDB team is grateful to Harry to give us the permission to repost some of his posts here and hope to stimulate a debate.

As more and more individuals use the Internet to buy and sell antiques and collectibles, ethical issues are being raised.  I recently received an e-mail from Bob Culver, editor of Night Light, the publication of The Miniature Lamp Collectors Club, that read:

“On the Internet, the transaction is very public, open to all to see.  Do we have any responsibility if we see something amiss? Recently, I observed a reproduction Atterbury Log Cabin lamp offered as an original.  I first saw this a few days after the auction opened and already the bid had climbed to $200–a clear sign that the buyer was thinking this was a period lamp.  I e-mailed both the seller and high bidder with the facts and how to tell repros from the period example.  Repros have an applied handle typical of Victorian creamers, while period pieces have a molded-in handle.  A side view makes it easy to tell. 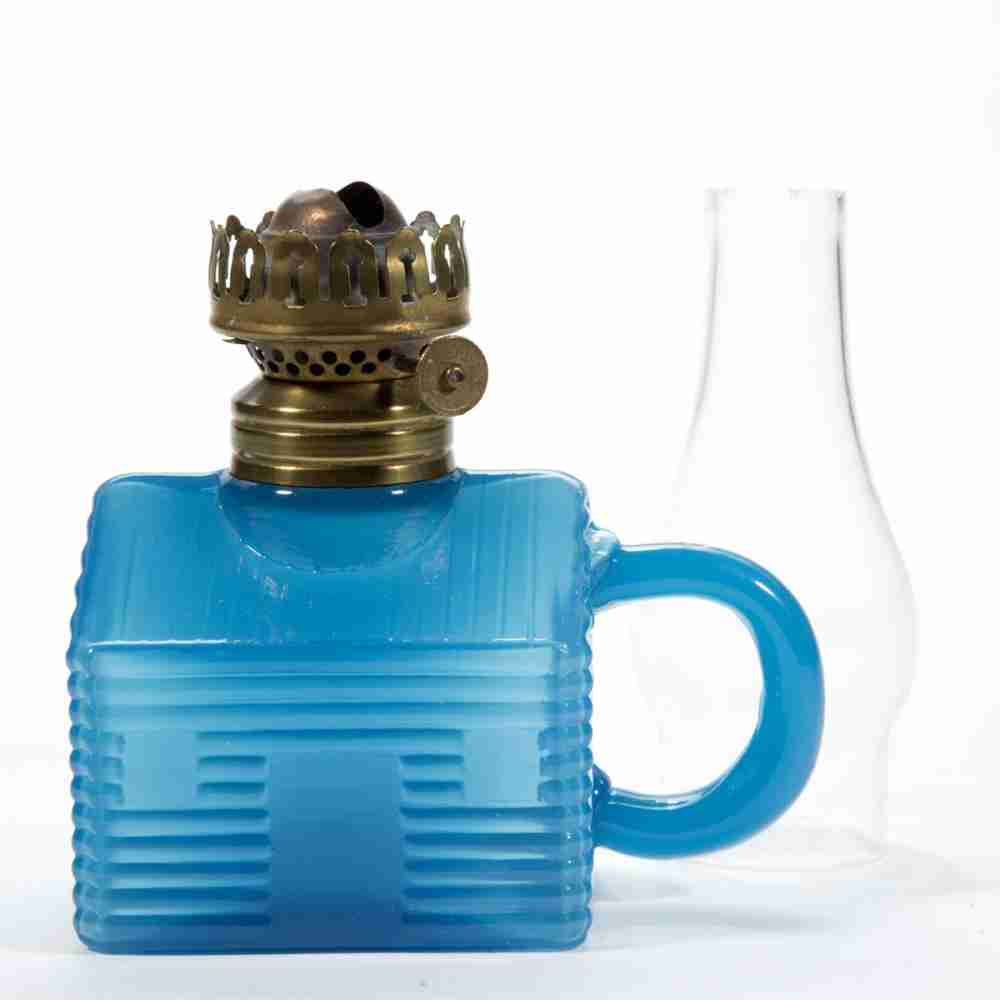 The seller responded with a bit of a nastygram saying essentially ‘Keep out of my business,’ but agreed to check out my facts.  I suggested he call B&P Lamp Supply, the maker of the repro.  A day later, he closed the auction early with a public note saying that the lamp was indeed not old and that it was being withdrawn.  No note to me, no note from the high bidder.  Had this been at a show, it is possible the transaction would have been completed.

Do we have a responsibility to intercede in these cases?  Is my responsibility as an ‘expert’ in the field of mini-lamps any more than the average collector?  Or, should I be content to let it be buyer beware (caveat emptor)? Frankly, I think one of the unheralded benefits of online auctions is the public information afforded.  Countless auctions are updated as experts provide new information to the seller.  But if the seller ignores comments from experts, misinformation wins.”

I have had several experiences similar to those of Don.  Recently I checked out the jigsaw puzzle offerings on several Internet auction sites.  I found many puzzles falsely described.  An English advertising puzzle from the 1980s was listed as being from the 1930s.  In many instances, puzzles that were extremely common were listed as rare or scarce.  Sellers frequently had no clue as to the maker or correct title of the puzzles they listed.  Information about whether or not the puzzle was complete was often missing.

In order to contact a bidder or potential buyer, one has to register to bid on an Internet site.  After several days of just looking, I finally became so angry about the amount of false information I was encountering that I registered.

I e-mailed several sellers.  I only received one reply.  That individual thanked me for my input, said he was going to add the information I provided to his bid site, and did.  The others simply ignored my e-mail.  I did not contact any bidders.

In reviewing this article, Dana Morykan argued that I have an equal responsibility to contact the bidders as well as the seller.  If the seller is deceitful, I am wrong to think he will mend the error of his ways and contact the bidders.  She made a good point.  I have it under advisement.

Without becoming involved in the determination of what does or does not make someone an expert, I think everyone has an ethical obligation to point out to the Internet seller and any potential buyers the undocumented listing of a reproduction (exact copy), copycat (stylistic copy), or fantasy item (form, shape, or pattern that did not exist historically).  Misrepresenting something is fraud.  Hiding behind the “I did not know” excuse, it not an excuse.  The seller has an obligation to know what he is selling and to properly represent it. 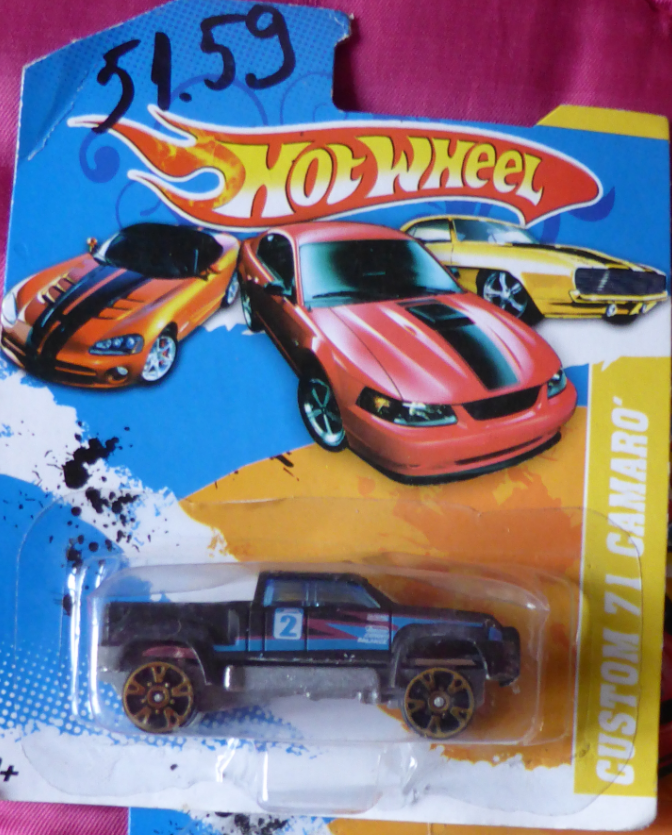 Hot Wheels and not Hot Wheel (they have two or more wheels after all) –
but most fakes are much harder to spot than this!

The key is to avoid disparagement when noting problems with an object.  While everyone is entitled to his opinion, a person disparages an object when he has not examined the object in question and/or does not have the expertise to substantiate his claims.  It is a common practice at catalog and country auctions for a dealer to disparage a piece within the hearing of potential buyers so that he discourages them from bidding and buys it cheaply himself.

In the case of the Internet, it is impossible to physically examine the object.  As a result, there rests a strong burden of proof relative to substantiating any assertion made.  Don met this criteria when he provided detailed information on how to differentiate the modern reproduction from the period piece coupled with the name of the manufacturer of the example being offered for sale.  Hopefully, Don also listed in his e-mail his credentials, i.e., his role as collector and member of The Miniature Lamp Collectors Club.

Since most sellers require payment in advance, the seller is in the driver’s seat when a dispute arises.  They have the money.  The buyers has the questionable object.  If the seller refuses to take it back because he disagrees with a buyer’s assertion that the object is not as represented, what recourse does the buyer have?  (Note: I like to stress that this does not pertain to marketplaces powered by hobbyDB due to their escrow-style service).  The good news is that most sellers ship objects to buyers via the United States Postal Service.  Misrepresenting anything shipped through the mail is a fraudulent act.  Do not hesitate to file a complaint with the Postal Service if the seller is intransigent.

While the antiques and collectibles barrel contains its fair share of rotten apples, they represent only a small minority of the whole.  Since it is unlikely that local, state, or national authorities will provide policing on the Internet, the burden falls upon private individuals with a strong moral and ethical conscience.  In other words, if the antiques and collectibles segment of the Internet is going to be policed, we must do it ourselves (and here on hobbyDB you could do this as a Curator or Champion).

Playing policeman is certainly not the route to take if one wants to win a popularity contest.  I know.  I am a regular recipient of nastygrams.  I am delighted to learn from Don that I am not the only one.

I grew up in a time period when speaking out against injustice was considered an obligation.  It was the American way.  I am not about to change.  I suspect I will find no end to the opportunities to put my principles to the test as I surf around other sites out there!  And in all honesty, I can use a little help.  How about it?

Please let me have your opinion (below in the comments).

Well written and intended article and service for the collector/seller. On the other hand, mistakes can be made. Labeling someone for internet errors can be as disastrous for individuals and sellers.  The old attitude that “buyer be aware” will stand no matter who or what is involved.

The hobbydb listing form is very complete and can subject a seller to make a mistake with so many items of entry. To not be a completist leaves the lister subject to questions of truth and knowledge.

Prefer not to give name....

I sell to dealers all the time and often items that are not perfect or that look older / more valuable than they are.  I generally tell everything I know if the dealer confesses not knowing much as I would feel bad otherwise.  But very often dealers pretend to be real experts when they are not.  In these cases, I just keep quiet and smile…