Nostalgia for toys can be a funny thing. You may see a wind up tinplate car in an antique store and think, “Wow, I had that as a kid!” You hadn’t thought about that toy in decades, and suddenly, you must own it again at any price. Blake Wright has a different experience with forgotten and lost toys. 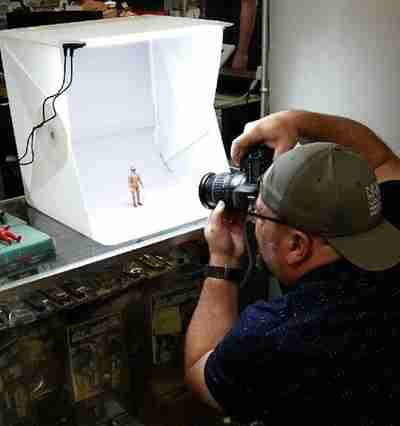 He’s fascinated with the toys he never had. In fact, no one had them. Blake is a collector and historian of “toys that time forgot,” consisting of prototypes and designs that never went into production. “I would guess only about 20 to 30 percent of what toy companies work on ever hits store shelves.” he said. “There are so many projects that die prior to flipping the switch on production… for many different reasons. Sometimes the toys are related to a license that underperforms… a movie bombs, a cartoon is canceled, a comic is retired to the dollar bin.”

Nonetheless, sometimes those prototypes are made, and if found, they can be quite valuable. Unlike the preproduction models of your favorite diecast cars, these samples might be the only ones ever created. “In 2014 I had a quarterly online toy magazine called ‘LittlePlasticMen,’” said Blake. “One of the recurring columns in the e-mag was called Prototypically Unproductive, which was all about unproduced toys. We covered the canceled second series of Coleco’s Sectaurs and the Palisades Sesame Street line among others. It was the most popular column in the magazine.”

As he wound down production of the magazine a few years ago, he received emails from readers who were sad to see it go. “So, as a sort of tribute I decided I would do one more issue consisting of all unproduced toys. As a started my research I uncovered a ton of material.” The quality and volume of what he found pushed him to ditch that bonus issue and produce a book. Actually, more than one book.

“”Toys That Time Forgot Volume 1‘ was my first book. It was available direct as well as at BigBadToyStore as an exclusive online retailer. However, it recently sold out and is currently out of print. A reprint of Volume 1 is being considered.” You can also track his musings on the hobby at his Facebook page.

In the meantime, Volume 2 is on the way. “’Toys That Time Forgot Volume 2′ can be found on Kickstarter . We reached our funding goal at the mid-way point in the campaign. So now, we are unlocking stretch goals which consist of bonus chapters to be added to the book as the incremental values are reached. Bonus chapter topics include Teenage Mutant Ninja Turtles, Star Wars, Super Powers and more! 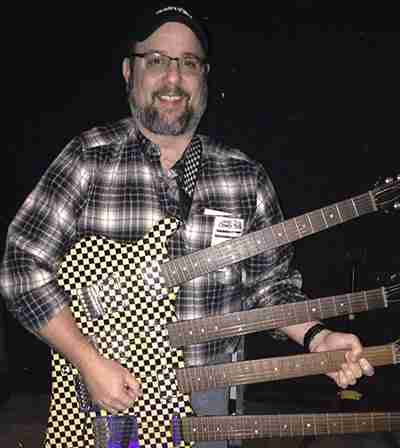 Yes, even powerhouse franchises like Star Wars will have a few unproduced toys. Considering that Kenner got a late start on the original Star Wars action figures, companies now err on the side of being too prepared, too early. “Knickerbocker Toys had the license to produce action figures based on the 1983 sci-fi fantasy film Krull. While Krull wasn’t a particularly good movie, I was very toyetic — heroes, monsters, horses with flaming hooves and the Glaive — one of the most iconic weapons since the lightsaber! Unfortunately, word from the set while the movie was being made was not favorable and the toy company opted to nix the line.”

Blake has a sense of humor to go with his sense of history. “The books are split into three sections — The Golden Age, Darker Times and The Gilded Age, which is roughly the ’80s, ’90s and ’00s,” he laughed.

He also has a tendency to see these toys as more than playthings or commodities. “I became intrigued by toys as art. It is something that gets lost staring at a figure in the package at your local store, but that toy started its life as a sculpture, whether in traditional clay or in CAD. Before that, a 2D artist would bring the character to life via concept sketches or figure turn-around drawings. There was a level of creativity and artistic achievement that was going unrecognized and under-appreciated. I felt that was a bit of a crime. Now, these artists got paid for their work (usually), and for some it may have just been Job #704, but I quickly grew to appreciate the work and felt it should be shared.”

In fact, there is a sadness to some of these toys that got so close to reality but never made it. Volume 1 mentions the Hasbro Dark Crystal line, which was weeks away from production when they pulled the plug. “I interviewed a Henson art director about the project just three years ago, and he thought the toys actually did go into production. I almost hated to break the news to him.”

These days, Blake’s collection is much smaller, as he has passed many of them onto other collectors to enjoy. “Ultimately, I found I was much more of a “thrill of the chase” type of guy, so I parted with my collection years ago. Today, I get the same thrill by seeking out images, scans and stories pertaining to unproduced toys.” He spends more time traveling “collecting mostly stories and miles now.”

If you’re enjoying his take on lost toys, good news: Volume 3 is also around the corner. “It will likely come to Kickstarter in early 2021. I’m also working on a book about unproduced classic computer (and console) adventure games of the ’80s, ’90s and ’00s. Think Sierra Online and LucasArts. That book — “Missed Adventures” — is expected to publish in 2020.