We’ve come to that time of year when everyone claims to be at least a tiny bit Irish, so this is as good a time as ever to look a St. Patrick’s Day Collectibles. There are a surprising number of them in the hobbyDB database, certainly more than the 1 percent or so of Irish heritage that most folks claim to justify participating in the holiday. In honor of that small percentage, some of these are only slightly related to the holiday.

If you’re a fan of Hard Rock Cafe, you know they’ve been producing limited edition pins for all occasions and locations for years. How many? We have over 80 thousand of them in our database. And yep, St. Patrick’s Day is a popular occasion there. Of all those pins, over 1,500 celebrate St. Patrick’s Day.

Hot Wheels has offered limited edition vehicles for various holidays for several years now, with St. Paddy’s Day as one of the celebrated dates. At one point, the day got its own series of Clover Cars, but more recently, they have released a single car for a variety of holidays. Of course, one of their early Redline models was the Paddy Wagon, which deserves its own spot here. (And yes, it was available in green!) 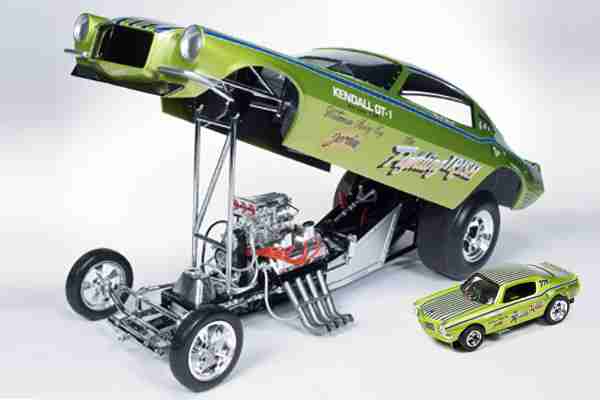 For something bigger, check out the Fighting Irish Camaro funny car from Auto World. This 1/18 scale flopper takes you back to a time when dragsters had clover… er, clever names instead of just a big sponsor decal. You can also get one from them in slot car form.

Let’s get something straight here… Clovers and shamrocks are not the same thing. Well, they sort of are… Clovers have three leaves, Shamrocks are a kind of clover, but leaf count doesn’t matter. Wait, come back! 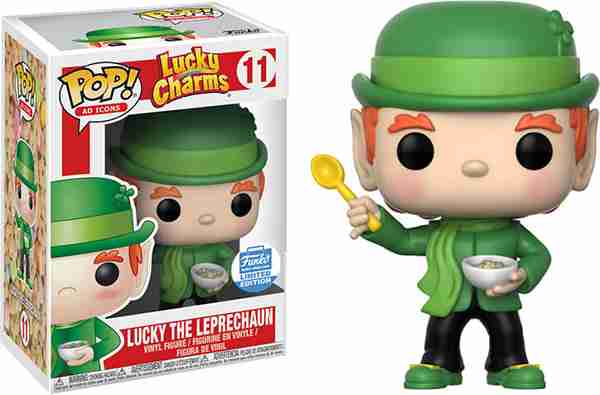 What better way to kick off the day than with a bowl of Lucky Charms cereal? Lucky, the appropriately named spokesleprechaun, has been immortalized several collectible ways. He’s a Funko Pop figure, a bobblehead, and the subject of various Hot Wheels cars over the years. 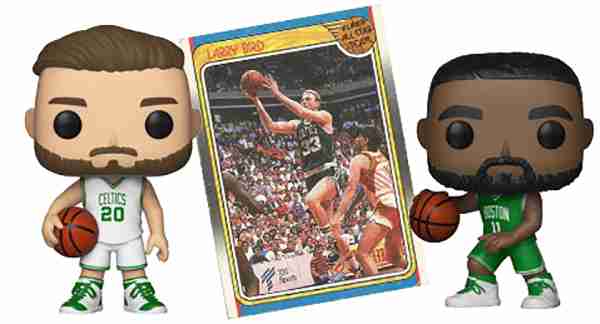 Speaking of Lucky the Leprechaun, did you know that’s also the name of the Boston Celtics’ mascot? Several modern era Celtics are available in Pop form, but the real legends of the team like Larry Bird have not received that treatment yet. There are plenty of other collectibles related to them, however.

For railroad fans, check out this Bachmann Irish Railway set. It might not be based on an actual railroad, however. On the other hand, a model company called Irish Railway Models does in fact make a more plausible set of rolling stock.

A quick search of “Patrick” minus the “Saint” bit will turn up a lot of items related to Patricks Danica, Butch, and Star. Sure, this is all pretty peripheral, but not entirely irrelevant. Danica did drive a green car much of her career, so let’s go with it.

However you choose to celebrate, just feel lucky that that are so many collectibles out there for this day.

Do you have a favorite St. Patrick’s Day collectible we didn’t mention? Let us know in the comments below!