From Marvel to Marbles to Mar-Vell to Ms.: The Crazy History of Captain Marvel 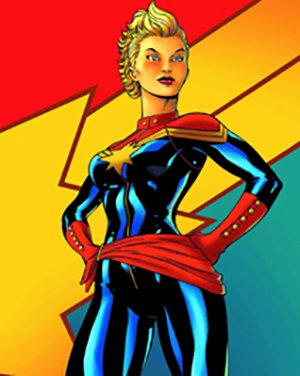 The early audience reviews for the new Captain Marvel film were not very good. In fact, they pretty much trashed the movie. The problem was, those reviews came out before the film was even released. It was a case of trolling fueled by… who even knows anymore? Something to do with the character suddenly being a woman, right? We live in weird times.

Once the movie finally hit theaters, critics and fans agreed it actually was pretty darn good and lots of fun. The retro ‘90s theme was a hit with audiences (just wait til Wonder Woman’s 1984 era movie comes out!), and Brie Larson nails the performance. So in the end, she triumphed. 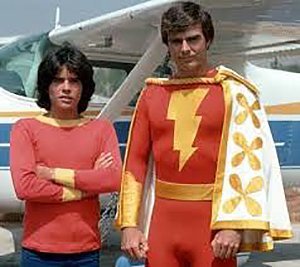 But, come to think of it, when did Captain Marvel become a woman? Wasn’t she a guy in a live action TV show back in the ‘70s? He drove around the country in a Winnebago with a kid and guy who looked like a cross between Pat Morita and Stan Lee, right? Turns out this superhero has a way more convoluted backstory than you may have remembered. 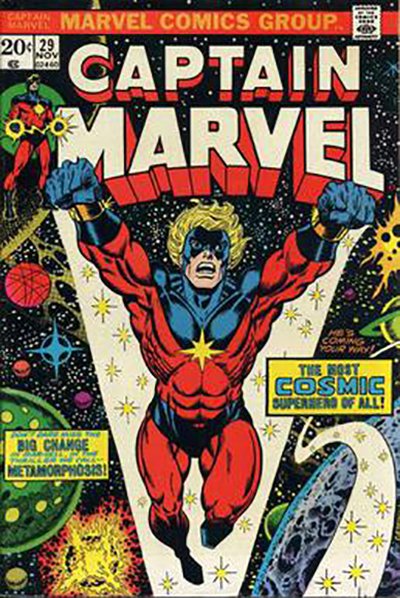 Of course it makes sense that Captain Marvel would have been created in 1967 by Stan Lee of…. wait for it… MARVEL Comics. Except, the character was actually named “Captain Mar-Vell” because the “Captain Marvel” name was already taken by another comic book publisher. A publisher that had been defunct for a decade and a half. Oh, and Captain Marvel was a man back then, so your memory is correct. Partly anyway.

See, there was an earlier character named “Captain Marvel” who appeared in various titles from Fawcett Comics from 1940 to 1953. That early date puts him right on par with the first superheroes, such as Batman, Superman, and Captain America, who debuted in the late 1930s and early ’40s. And that was the start of his problems. 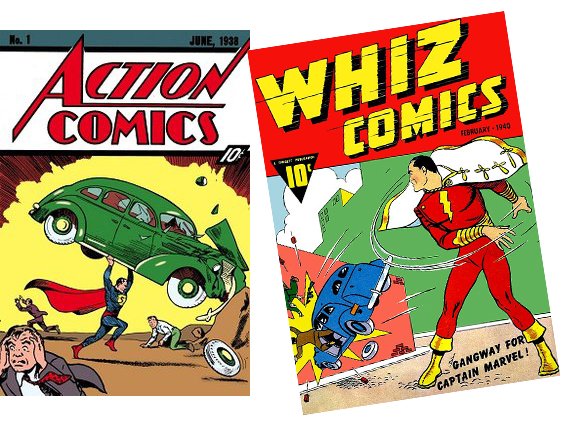 Nothing at all similar between these two comics, right?

Fawcett unfortunately went out of business in 1953 after a copyright infringement suit involving the character. Not from Marvel, but from National Comics. Apparently they felt this caped, flying strongman was a little too similar to their character Superman. Wait, what? Yep, DC Comics was actually known as National Comics back then and sued over a character named after another comic book company that actually had yet to be named similarly to that character, but who subsequently named their new character after themselves. Did I mention this stuff is convoluted? 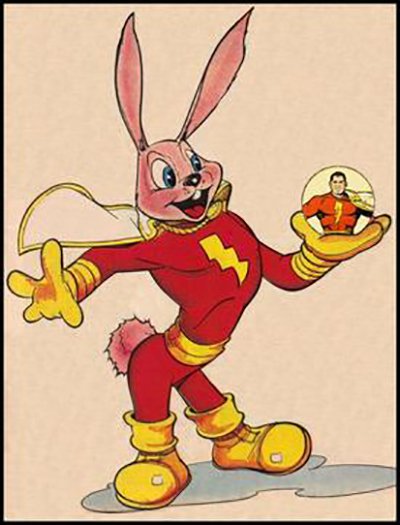 Before the lawsuit was settled, Fawcett really hunkered down on the character, creating Captain Marvel Jr., Mary Marvel, Uncle Marvel, Grandpa Marvel, and Hoppy the Marvel Bunny. (One of those characters I just made up. If you guessed Grandpa Marvel, you are correct. Yep, Hoppy actually existed. And I thought we were living in weird times today…)

Meanwhile, in 1953, issue #4 of MAD ran the story of Superduperman, featuring a nod to his lawsuit against Captain Marbles. MAD would of course eventually become part of the DC empire. (I am not making any of this up so far, aside from Grandpa Marvel. Seriously.) 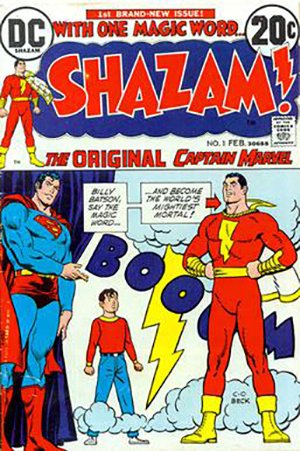 Speaking of DC, they eventually acquired the rights to Fawcett’s Captain Marvel character and decided he had a lot of potential to expand the brand. Of course, with that name, he would be likely expanding the brand of their biggest competitor, so they gave him a new backstory and a catchy new title (but not a new name). The first issue of Shazam! was released by DC in 1973, complete with the subtitle, “The Original Captain Marvel.” So, naturally, there was another lawsuit. The producers of Gomer Pyle USMC sued over the “Shazam” catchphrase (okay, I made that up too, but honestly, at this point, it sounded believable, right?). No, of course it was Marvel Comics who sued DC over the name and the character. So the tagline was changed to “The World’s Mightiest Mortal.” And by the time it hit TV, people just kind of assumed that “Shazam” was the character’s name.

Got all that? Okay, back to Captain Marvel. The one from Marvel. The one named “Mar-Vell.” The one from the new movie. Yeah, her. Him. Let’s go back in time a bit… Captain Mar-Vell, a flying alien superhero from another planet (man, that sounds familiar), took off on his own in the late ’60s. Turns out he shared molecules with a kid named Rick Jones, and only one could exist in the world at a time, so they flip-flopped between the two identities. If that sounds familiar (it probably doesn’t but…) that was almost word for word the origin story of the original Fawcett character. 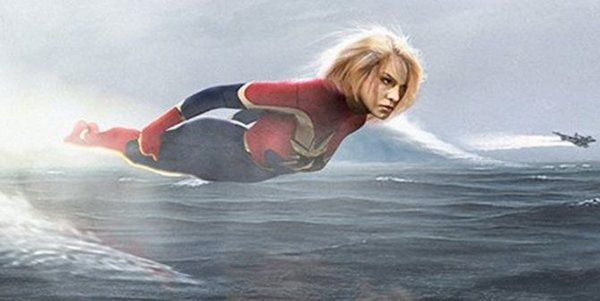 Ironically, while DC’s Shazam! was becoming popular with comic fans and TV viewers, readers didn’t really dig Marvel’s Marvel, so the character was killed off in the 1970s. And then revived several times since, as various male and female characters, most with the last name “Vell.” At one point he was resurrected long enough to die again in an explosion where his DNA was mixed with his cohort, USAF Officer Carol Danvers. So Danvers acquired super powers and of course became… Ms. Marvel. And then she eventually just took on the Captain Marvel name. At various times over the last couple of decades Ms./Captain Marvel has starred in her own standalone comics, made guest appearances in other stories, and has been part of the Avengers. So if you’ve been paying attention and weren’t confused by everything that happened before, all of this should make sense.

So yeah, now there’s a Captain Marvel movie, and the character is female, and it’s a pretty dang good movie, and you should see it despite what the trolls tried to tell you. And you’re going to love her cat Goose. 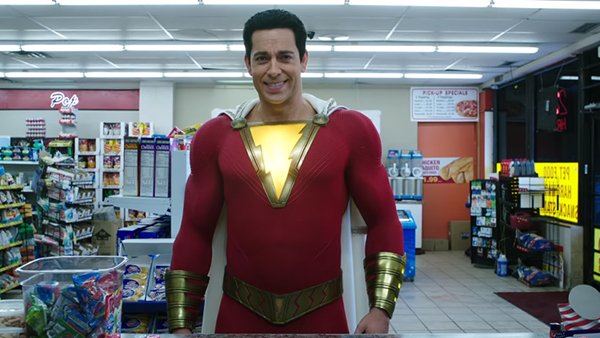 By the way, DC is releasing a Shazam! movie later this summer. It looks like a fun, goofy, good time at the cinema. No word on whether he’s called “Captain Marvel” anytime in the flick. Let’s hope not. That could get confusing.