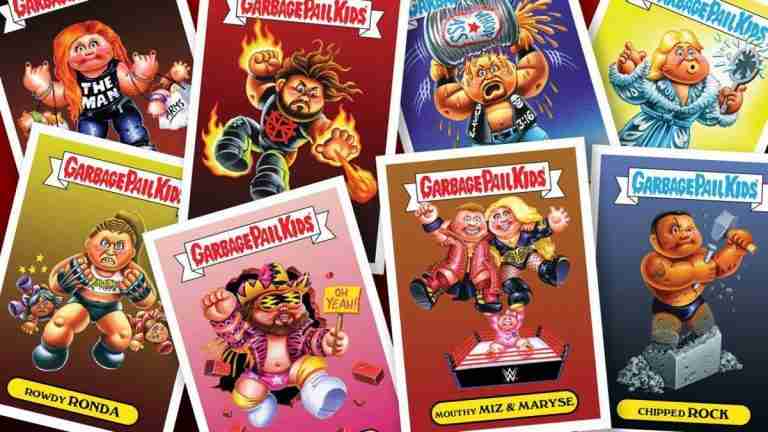 Think you have what it takes to climb in the ring with Savage Randy, the Unraveled Warrior or even C-Thru Cena? 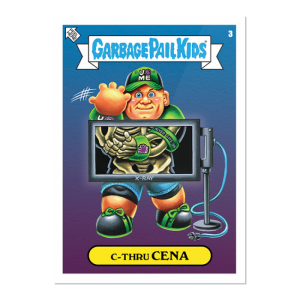 Now you can get rowdy with Ronda and other wrestling superstars-turned-Garbage Pail Kids as part of Topps’ new tag team duo with the WWE.

The set retails for $24.99 and is available on the Topps website through April 8.

The new collaboration also features new lines of T-shirts and hats available on WWEShop.com and at Spencer’s. Among the legends immortalized in WWE X GPK Tees form and found exclusively at Spencer’s are “Stone Cold” Steve Austin, Ric Flair and Andre the Giant, as well as Randy Savage, The Undertaker and The Ultimate Warrior.

It’s best to act quickly. These deals will end faster than being pinned by Mick Foley (Mixed-Up Mick).