My Early Days of Automobilia

A Guest Blog Post by Rob Arnold
This article was originally written for Rareburg which joined forces with hobbyDB to provide information about any type of collectibles.

My first memory, my early days of automobilia, or of any sort of attraction to them was in the early sixties when the local land owner and owner of the quarry, which sat in the middle of our Derbyshire village, purchased an Aston Martin DB. In our village of very few motor vehicles it was quite a sight to witness the sleek lines and audible growl of this ‘Bond’ car cruising through our sleepy lanes.

I remember all the school children running along the road to gaze at this supercar as its millionaire owner maneuvered it into its parking space outside his office, with the gentle flick of the accelerator pedal just to remind himself and onlookers of its enviable sound. I suppose from that day I had a fascination for all things mechanical.

I am often asked ‘what is Automobilia?’ ‘What does it cover?’ Most experts will say that it’s the add ons, the signage, the cans, oil measures, anything but the cars themselves. I disagree with that. Automobilia to me is everything connected to motoring. From the early days of flag-waving as the vehicle splutters along the dirt-based roads to present day supercars with their elegance, style and desirability as opposed to basic mundane commuter or family people carriers.

I have collected, driven and enjoyed a world of Automobilia for over fifty years. In which time I have owned and enjoyed the pleasure of such cars like Jaguars, Mercedes-Benz and Rolls Royce. 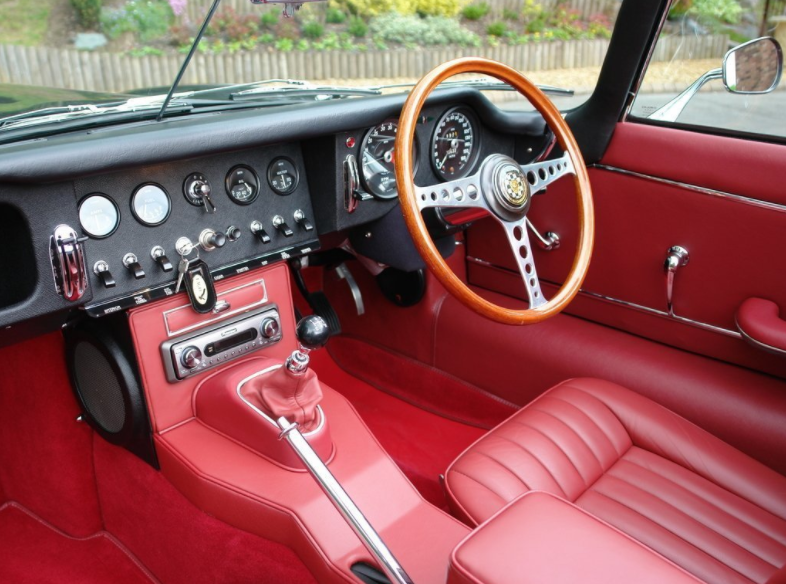 At the age of twenty, I was a director of a BMC dealership and my mode of transport was a Daimler Sovereign XJ6. This was at a time when most in our village were driving Morris 1000s, Vauxhall Vivas and Ford Cortinas. I was gliding along in sheer bliss.

It was never my intention to make others jealous or to give the impression of success. It was a genuine desire to own and drive quality, to be cocooned in a bubble of luxury, with the smell of leather, with that feel good factor only achieved by hard work and a need to reward oneself with the things in life that put a smile on your face.

I remember taking my XJ6 for a drive one winter’s night on a deserted M1, from Markfield in Leicestershire to the North of Nottingham. I was alone and there was no one around, just a handful of cars and certainly in those days no Police car to match my power. Having owned the car for just a few days I had yet to open her up, as they say. I approached the island at Markfield and joined the slip road to the motorway, pressing my right foot to the boards. The Daimler leaped into life like an Exocet missile. Remember the cars of the day in our workshop were Minis, Morris 1100’s and Oxfords. The Daimler accelerated at a rate that I had not experienced before, pushing me hard into my seat and giving the impression that at the top of this incline that she was going to take off! As I joined the main carriageway I was literally launched into a world of Automobilia that remains the same within me some 40 plus years on.

My 1st true collector car was exactly the same as pictured except it was a Jaguar badged US XJ6. That car convinced me to collect and enjoy several Series 1 XKE’s as well as a 1948 Mark V drophead cabriolet.

Before that however, was the joy of collecting toy cars and making car kits in the 1940’s. By the middle 40’s the kits had to be diecast metal. Kits by Hubley, Scale Models and Gabriel were the choices.