Goodbye Movin’ Marvin: The Collectible That Got Away

I’ve been thinking about a toy from my childhood lately. A toy from my grown-up collection, as well. His name is Movin’ Marvin.

Marvin would be at home with the Hot Wheels Farbs, who were also humans attached to wheels and motors in various degrees of discomfort. Marvin rides on a small cart, and if you flip him over, there is a vestigial chassis-like apparatus. But he’s still kinda weird lookin’. 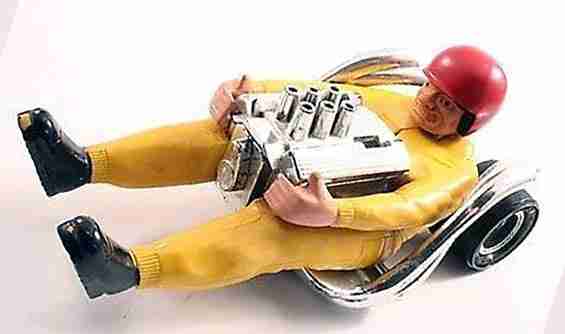 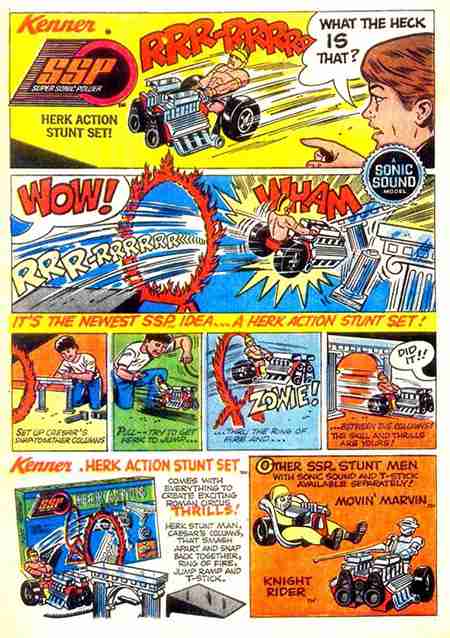 Movin’ Marvin was part of the Kenner SSP (Super Sonic Power) series of gyro-powered vehicles from the 1970s. They were immensely popular toys in the first half of the decade. Most of the cars were about 1:24 scale, but Marvin was much bigger, while taking up the same amount of shelf space.

Unlike most SSP cars, I never even saw an actual Movin’ Marvin figure/car when I was a kid. He appeared in crude, cartoonish illustration form in some ads, and only as a “collect them all” afterthought (at right, near the bottom).

Some time in the late 1990s, I did begin to collect them all, to the tune of over 75 different SSP models and accessories on my shelf today. And about ten years ago, I found Marvin in an antique store. He was $125, which might seem like a lot to the uninitiated, but having never actually confirmed that this toy even existed up to that point in my life, the price was a bargain to me. He was missing the velocity stack assembly at the top of the engine, but was otherwise in great shape. So I took him home.

Collecting a particular vintage toy line can be tricky… Since SSP cars are no longer in production, there is a finite number of variants out there, but still in the hundreds. How much of a completist do I want to be? Do I need every model in every color? Or just the ones based on real production cars? Or maybe limit my collection to the Smash-Up Derby models? Marvin was part of a series called “The Stunt Men” along with Herk (who looks Roman) and Knight Rider (who does not look like David Hasselhoff). Marvin was kind of an oddball, by far the largest-scaled model in the entire SSP line, and one of the heaviest. He didn’t totally fit int, but he was still part of the family. 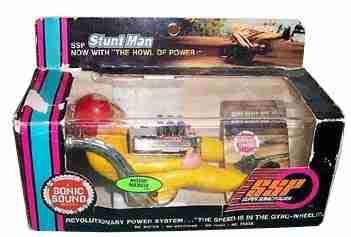 Turns out Marvin is indeed as rare as suspected. One turns up for sale online maybe once a year, and they tend to go for a lot more than I paid. Some lucky duck even found one mint in a not-so-mint package recently. Holy grail stuff right there. But I was happy with mine, even missing that engine piece.

A few years back, I was between jobs (this was juuuuust before hobbyDB launched our marketplace), so I decided to thin out my collection a bit. I had a mint Plymouth Superbird model in ultra rare orange that someone snagged off my shelf for $500. (I kept a less perfect, less valuable green example in its place.) And then someone contacted me about Marvin. “Would you take $600 for it?” he asked… “How about $750?” At that point, these two toys could just about pay my mortgage for a month, so I had to go for it. The guy even made generous offers on a couple other models I had duplicates of. 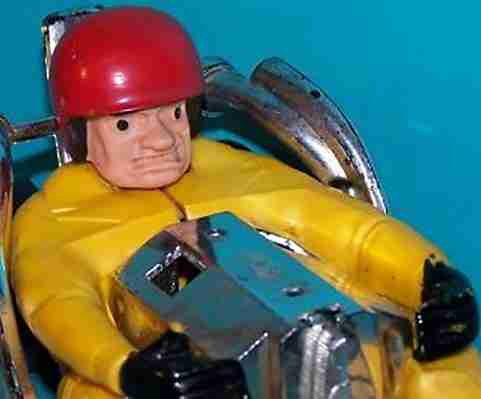 I was sad shipping those toys off, but here’s a way to look at it: Would I have paid $750 for a Marvin that day? Probably not. But by turning down that money, in effect, I would have been doing so, if that makes sense. Or look at this this way: Would I rather have $750, or Marvin? More abstractly, would I rather have half a house payment, or a toy that I didn’t even have when I was a kid?

Now that things are better financially, I’ve kind of been looking for a replacement Marvin. Obviously, I would like to find one cheap again, so I have to be patient. I found a really nice one for about $300 recently, but still more than I can bite off. But an interesting realization hit me…

See, for many of us, the hunt is part of the thrill of collecting. I had kind of reached a point where I owned pretty much all the cars I wanted, so I wasn’t on the prowl anymore. I kind of missed it. So by letting go of a couple of real rarities, my interest in these toys is back. And that makes them fun again.

Do you have a favorite toy or collectible you regret letting go? Let us know in the comments (with photos if you have them!)

I have a complete move-in Marvin SSP that I purchased on eBay for about $500 if you’re interested I could be willing to part with let by listing it here.