Limited Licensed Promo Hot Wheels – Collect Them All If You Can Find Them!

Anyone interested in collecting Hot Wheels can find a pretty much complete list of every variant of every model ever made, as well as accurate lists of upcoming offerings.

There is an exception to that rule, however, when it come to limited licensed promo Hot Wheels models. A company such as Supreme, makers of skate-related fashion, might offer a vehicle (or a matching set in this case) with their logo plastered all over it. 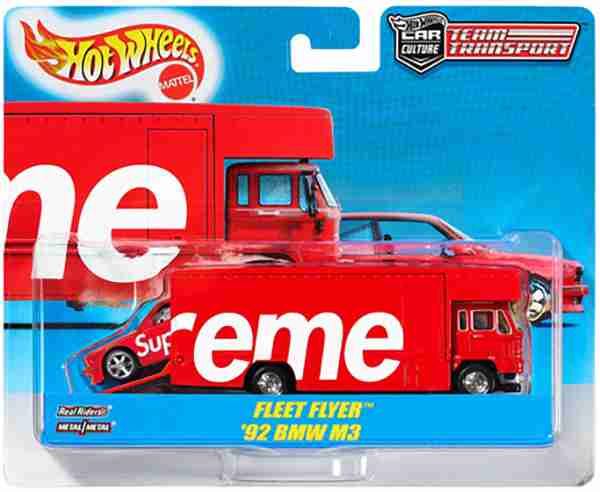 What makes these rare for completist collectors is that since they are distributed by the company who licensed them, many of them do not end up on the official Mattel release schedules, so diecast collectors might not know about them until they sell out at stores, online, or via mail-in promotions. Eventually they might show up on the secondary market. In fact, the target market for these items would likely not include traditional diecast collectors, but fans of the brand, so some of these might not ever get resold. 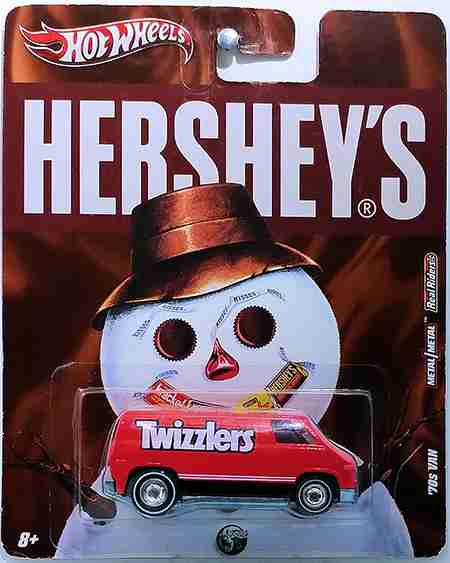 This is actually not a promo car.

Davis Sprague is an avid collector who has added quite a few items to the hobbyDB database. He happens to specialize in really odd variants such as these promo vehicles. “I prefer to focus on collecting variations, international releases, and anything that most collectors wouldn’t typically see every day at their local flea markets,” he said.

On a side note, Hot Wheels occasionally offers cross-branded cars as part of the Mainline series. Since these are widely available in most stores, these aren’t what we’re talking about here. Also, convention and event cars are not quite the same thing. Instead, let’s focus on models that were distributed well outside the usual collector channels. Many of these were released well before the internet became the instant toy news machine it is today, so finding out about them back then was hit-or-miss.

Davis was kind enough to send us a pretty comprehensive list of his favorite promos. 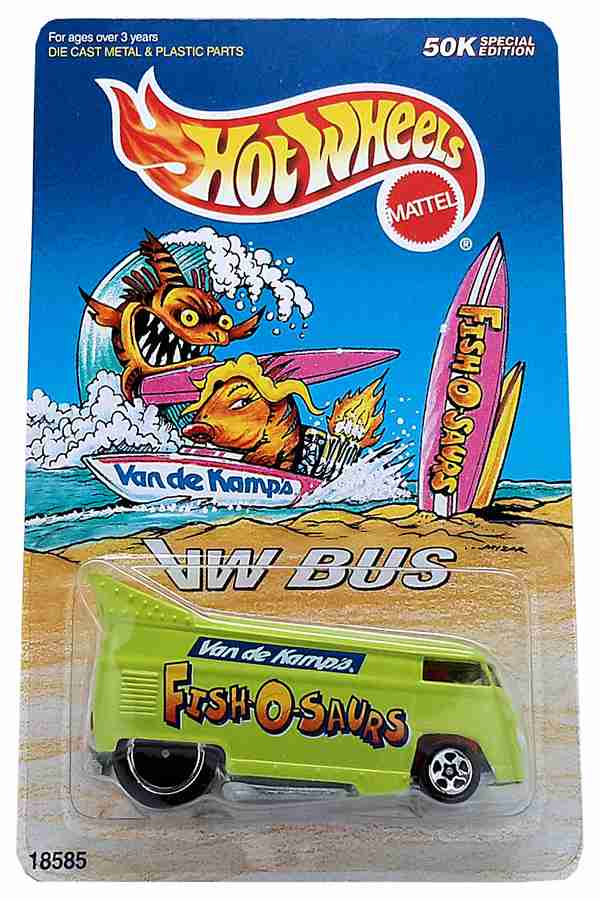 Fat Fendered ’40 (2001 Chuck E Cheese’s Game Prize)
This one was fun to get… it was a prize to be earned at Chuck E. Cheese’s restaurant/arcades. There’s no shame in playing kids games to get something this awesome, right?

C. Rex Mobile Nissan Hardbody (1994 Kraft Mail-In Promotional)
Speaking of cheesy mascots, this pickup was only available by mailing in mac and cheese proofs. In some cases, promotions like this may have been mentioned in TV ads, but most likely, you just had to spot it on the shelf at the grocery store.

Fish-O-Saurs VW Drag Bus (1998 Van de Kamp’s mail-in promo)
Do you like fish sticks? Good, because there were several vehicles available in this promotion (and one the year before) that required sending in proof of purchase seals.

Fatlace Volkswagen T1 Panel Van (Fatlace Promo)
Speaking of VW Buses, Fatlace, a “dope, ill, lifestyle” brand, made this T1 Panel Bus available only through them. It includes the slogan “Collect Everything” on the door, so what are you waiting for?

Second Wind (1983 Spontex promotional)
If this looks like Speed Racer’s Mach 5 with a sticker on the hood, well, yeah, it kind of is. The Second Wind was intended to be a Mach 5, but Mattel didn’t secure the licensing, so they modified it slightly and renamed it. As for the sticker, Spontex is a French cleaning supply company, and even though it’s just a sticker, it does come in a sealed blister, so finding one intact can be a challenge.

Adidas High Voltage (2005 Adidas Shoes Promotion)
There was a chance collectors may have known about this one, as it came with a pair of kids Adidas Hot Wheels shoes. Which you bought for your kid, not for yourself, right?

Ecolab Ford Bronco 4-Wheeler (1994/1997 Ecolab Promo)
Maybe not the hippest brand on the planet, Ecolab (a clean water and hygiene services company) did this promo that resembles their service trucks. They are very sought after by collectors because of the popular casting and several wheel variations.

Since these don’t show up in more traditional outlets, these can be hard to keep track of, especially if you want to acquire them new. If you know of other recent or current promo vehicles from Hot Wheels, or especially from other diecast brands, let us know in the comments. Also, do you enjoy chasing these models from the source, or would you rather get them afterwards (such as on hobbyDB?)

I enjoy hunting and chasing after these to add to my hotwheels collection. 👍

Does this sticker have any significance on an error car? Appreciate any input and your time.

My experience says the reason a majority of collectors are looking for that rare Mattel made item is to help complete a casting they want as complete as possible. Perhaps it may be to complete their MOPAR, Ford, Chevrolet, collection. It can be as specific as a single casting like ’34 Fords.

Having just recently passed 50 years of production for Hot Wheels, it is beyond comprehension being a completest. 😮

My favorite is this recent Magnus Porsche – just a super model with a nice addition of the figure and great packaging.  I am looking forward where they are taking this.

I believe the earliest of these were the Zowees you could get at UK gas stations or did they do some even before that?

You are correct about the Zowees… we will include them on the ncxt rundown!

That car next to the Fish-O-Saurs VW Drag Bus is Speed Racer’s Mach V with a different paint job for some reason.  Why would they do that?

I sort of want it just to see what an abomination it is. Or is it from some long lost Speed Racer episode that I’m somehow unfamiliar with?

It even has the number 5 on it.

oh, never mind.  Just delete that.  I just finished reading further.  I expected the text about it to be right next to it.  Mattel eventually got it because I have at least 3 Mach Vs and at least 2 of them are Mattel.  The 3rd might be as well. I just can’t remember right now.

Or leave it.  I’ll just look sill for not reading before I commented.

I’ve always been amazed by the lack of Mach 5 models available in the 1970s. As a kid at the time, I would have snapped up every single one they made.The Second Wind was one of my favorite Hot Wheels back then because it was as close as I could get.