Even with the word “cafe” in the name, many people see Hard Rock Cafe as more of a museum of music and pop culture. With unique memorabilia in each restaurant, casino or hotel worldwide, it’s worth a trip any time you’re in a city that has one. And while there, it’s always fun to look at the collectibles that are also unique to each one. About that one of a kind, not-for-sale memorabilia… Hardrock.com has a channel called RPM that features articles and videos about the collection, a virtual museum tour if you can’t be there in person.

The website is something more than a museum with additional stories of concert reviews, music history, upcoming concert listings and more. Each location tailors its collection to the music that rocked from that town (though they display a wide variety of other influence as well). Detroit has a heavy Motown influence to their items, while San Francisco caters heavily towards psychedelic rock, while Denver features a smashed typewriter from local gonzo journalist Hunter S. Thompson (which is more than a little bit rock n’ roll). 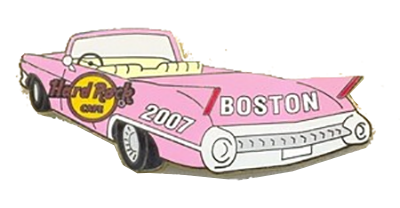 hobbyDB.com is working hard to add the entire gamut of Hard Rock Cafe collectibles to the database, starting with the Hard Rock Pin Catalog. Since 2001, the Catalog has documented over 84,000 pins. Eighty. Four. Thousand.

This massive undertaking is a joint effort between the tireless Data Team at hobbyDB and an organization known as the Pin Masters. Each volunteer is responsible for staying current on one of the over 250 Hard Rock global locations. And there’s a Pin Master Advisory Board to monitor and organize their efforts. 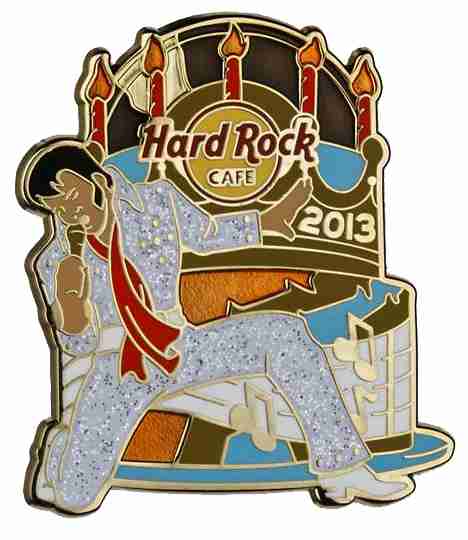 While there are countless other Hard Rock collectibles, the pins are easily one of the most popular. For now, the Pin Catalog only documents those items. But hobbyDB is expanding on that theme with shot glasses, magnets, stuffed characters, T-Shirts and anything else available.

hobbyDB also cross-references each collectible with other relevant items… people, bands, cities, themes, and other collectibles beyond the Hard Rock empire. So if you’re into  Elvis Presley for example, any relevant item including pins or toy cars will show up.

And hobbyDB is also a marketplace to buy or sell these items or anything collectible. Sellers might have a few items or tens of thousands, either way it is easy to set up shop as you only have to find your item in the catalog and click on the sell-one-of-these button.

Hey, if you’re a collector you can help us! Anyone from novice collectors to hard rock… er, hardcore enthusiasts can contribute to the effort either by adding items to hobbyDB’s database or by working with the HRC Catalog.