Mother’s Day is an interesting holiday in the collecting world since there aren’t a lot of items specifically targeted with a message for Mom.

Hard Rock Cafe has offered quite a few pins and other collectibles over the years, but brands like Hot Wheels haven’t gone all in on the day just yet (well, does this count?). Same thing for action figures.

That said, we decided to celebrate with collectibles referencing some of our favorite fictional Moms. Some are from TV, some from movies. Some are a bit more, umm, nurturing than others.

The Golden Age of TV Moms – If you’re a certain age, you grew up with a plethora of perfect mothers from 1960s and ’70s sitcoms. Carol Brady from The Brady Bunch is surprisingly not well-represented in collectible form (although the 6 kids and their live-in housekeeper Alice are, so there’s hope). Shirley Partridge of The Partridge Family meets a similar collectible fate. You can get either of their daily drivers in miniature, however.

For collectors of a slightly younger age, there’s always Peggy Bundy, the TV Mom from Married With Children who’s classic in her own unique way. 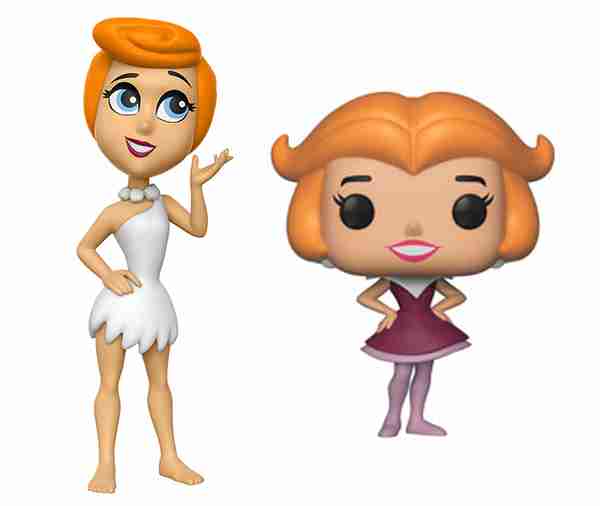 Your Mom’s a Cartoon! – The world of animated sitcoms has no shortage of great cartoon moms. The earliest (for real and in fiction) would have to be Wilma Flintstone, whose orange hair and rock-like demeanor were the foundation of that family. Shortly after (and thousands of years in the future) Jane Jetson would provide the same kind of gravitas for her space-age family. 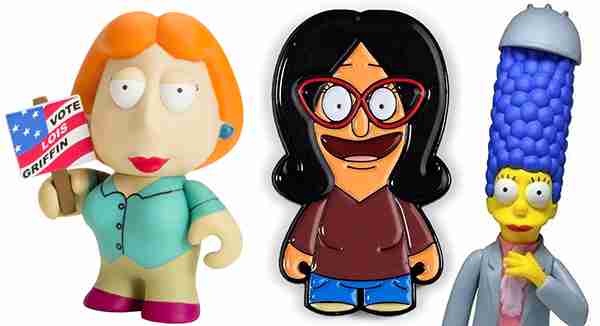 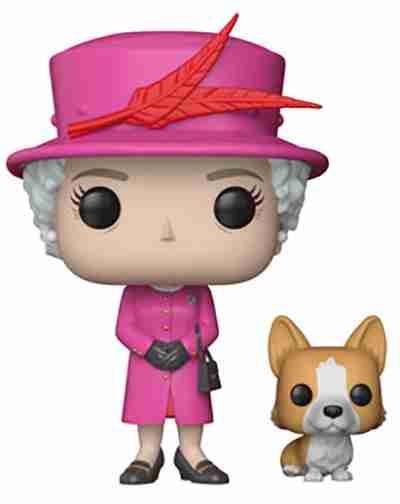 Jump ahead to Sunday night on Fox, and there’s a trio of cartoon Moms who show up in vinyl and other forms. Lois Griffin (Family Guy) and Linda Belcher (Bob’s Burgers) are definitely stronger characters than the husbands their shows are named after. But the queen of all TV Moms has to be Marge Simpson, who has quietly suppressed her rage and kept The Simpsons from complete family disfunction for 30 years.

Queen Mum – Speaking of queens… oh, wait, she’s real? The Queen of England just kind of seems like a benevolent mother figure from like a Harry Potter novel or something. Yep,  Queen Elizabeth II has been in the public consciousness long enough that folks could forget she’s the actual Queen of England. Apologies for the royal confusion. 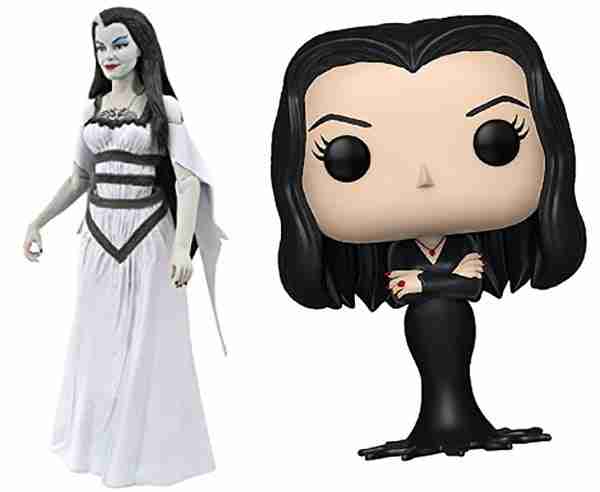 Monster Moms – The 1960s brought a couple of family comedies to television in the form of The Munsters and The Adams Family. Regardless of your preference, both were solidly funny shows built on ghoulish but not scary family values. Lily Munster  and Morticia Adams both came across as the sensible matriarchs of their spooky domains 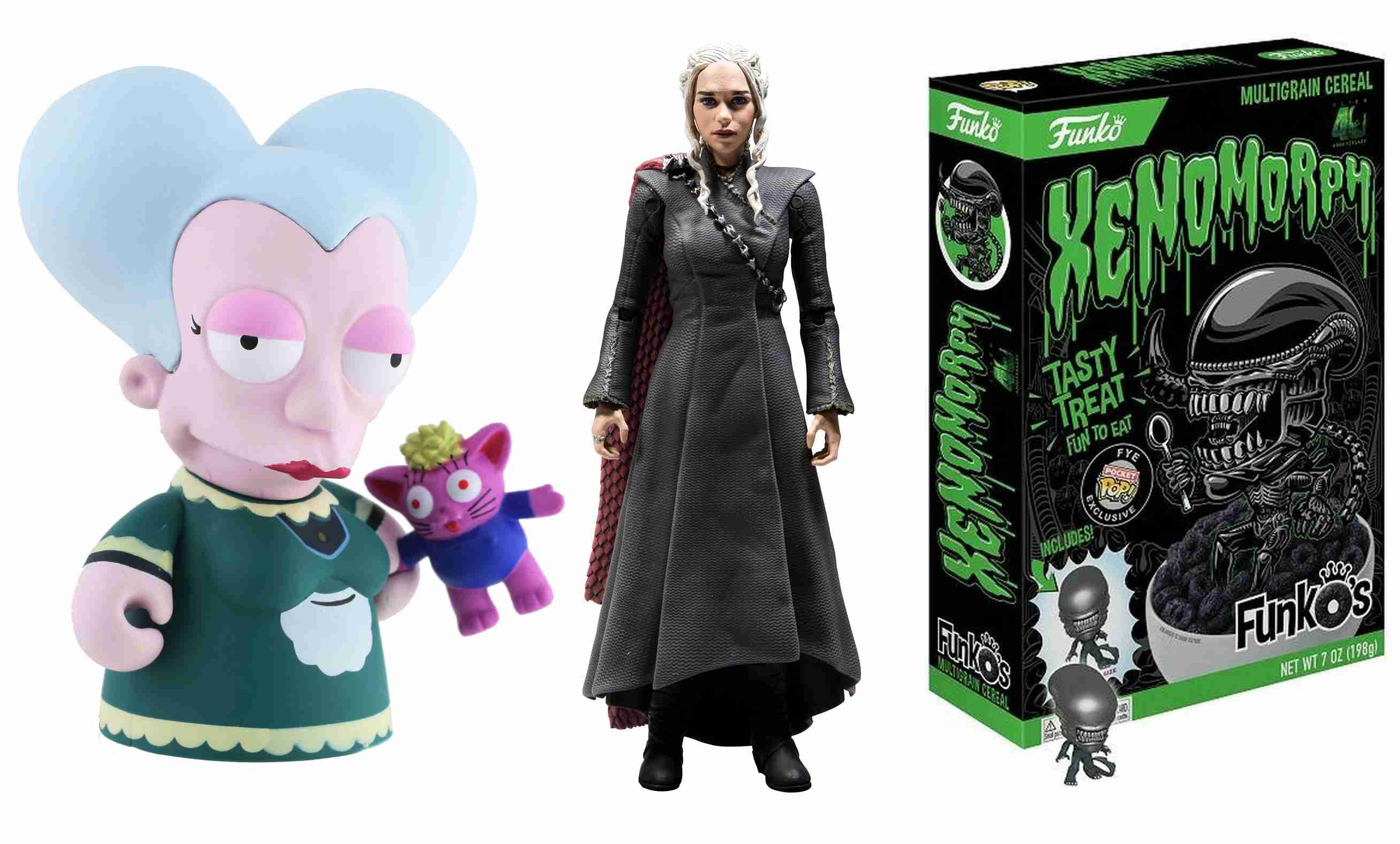 Monstrous Moms – Mom from Futurama could fit in the previous category… sure, she has three idiot sons, but she’s better known as the head of Mom’s Robot Factory. Her sweet, matronly demeanor in public is betrayed by her savage, sleek, sinister personality behind the scenes. Another Mother who isn’t quite as cuddly as you would hope is Daenerys Targaryen from Game of Thrones. She’s a bad mother, in more ways than one. Of course, the most ferocious might be the Xenomorph Queen from the Alien movies. From her perspective, she is just a protective mother hen, but to Ripley and her crew, she’s a bad mother figure… 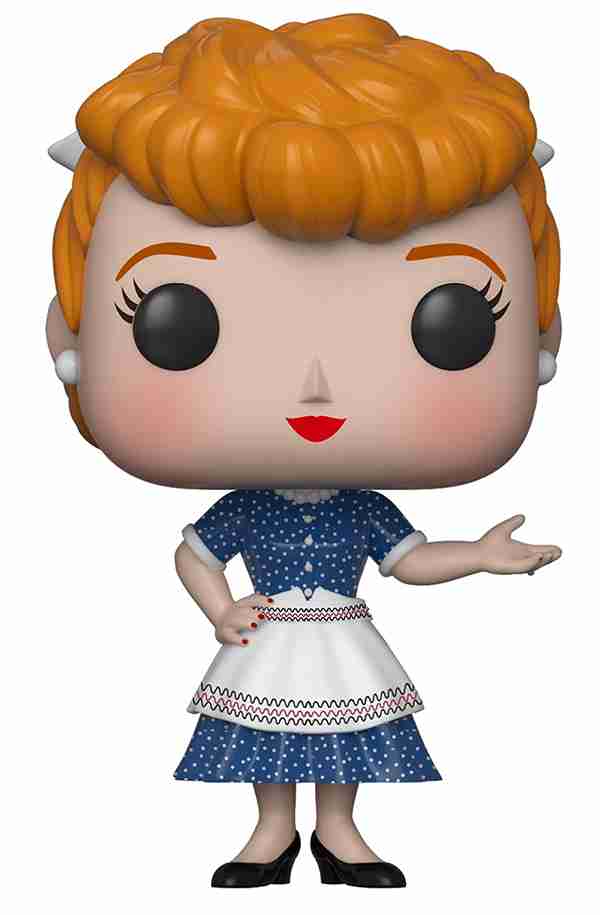 Perhaps the greatest TV Mom of All – You might not think of Lucille Ball as a ‘TV Mom,” but she was one of the most revolutionary. In 1952, she was pregnant… er, “enceinte.” See, saying the P-word or even discussing it was taboo on TV back then. Heck, showing a baby bump was pretty controversial. Nevertheless, she persisted and actually wrote the pregnancy and birth into a 5-week arc of I Love Lucy, with the birth episode coinciding with the real birth of Desi Arnaz Jr. (son of her husband and co-star). Turns out the general public had no problem with any of this, just the overly protective censors. Fun fact: Lucy was visibly pregnant while filming the pilot episode of the show a couple years earlier, but they just never acknowledged it in the script. Way to go, Mom!

Do you have a favorite fictional mother we didn’t mention? Let us know in the comments!