Anyone who watches The Goldbergs will notice the presence of toys throughout the show. Not just sitting around in the background, but as major plot devices in many cases. Like any boy who grew up in the early ‘80s, to Adam F. Goldberg, G.I. Joe and He-Man were in his sweet spot, so they play an important role in his autobiographical hit. 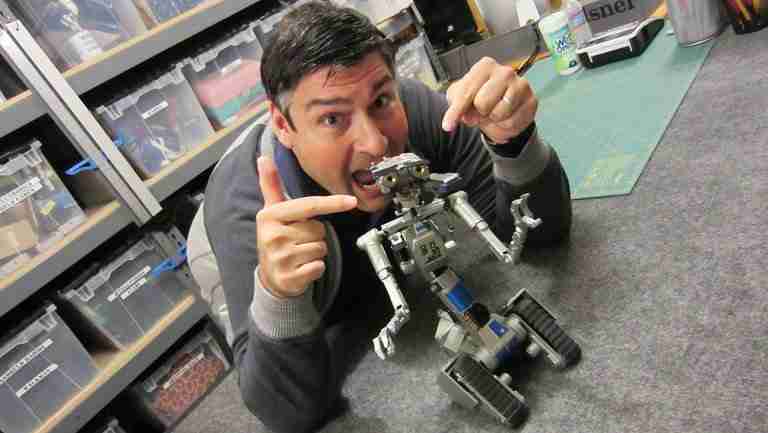 “I still collect toys, robits and action figures, he recently tweeted. “So many people judge this hobby as silly and juvenile. All I can say is… it brings me joy. This is why I love the @goldnerds fans. Even though we’re grown-ups, we refuse to grow up and ignore what makes us truly happy.” 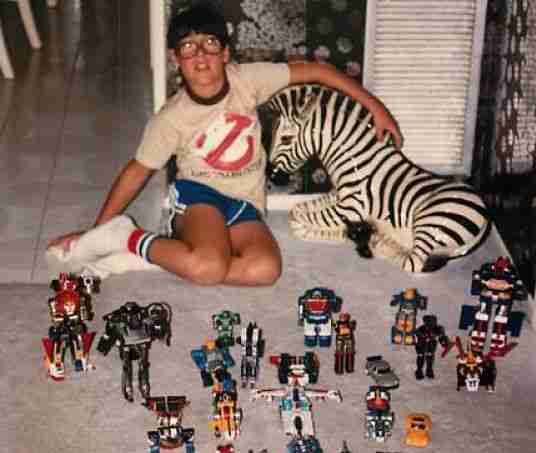 With that kind of toy collecting pedigree, Goldberg recently discovered hobbyDB, and liked what he saw. In fact, he liked it enough to invest in the company as a new shareholder. He’s definitely the kind of guy we want on board here!

He has also done deep dives into other geek culture such as documentaries about Dungeons & Dragons, Tetris, and The Masters of the Universe.

Though he says “The Goldbergs” is fairly straight-up autobiographical, he plays fast and loose with specific timelines. “When I think, When did I win Legend of Zelda? I don’t remember what year it was. I only remember that it was somewhere in the mid to late eighties. … So we decided to set it in ‘1980-something.’ Pop culture references from the early and late ‘80s will appear side by side, which gives it a benevolent memory of an era instead of a rigid recreation of a specific moment in time. “This idea of having an undependable narrator was “so liberating creatively. We could do anything … It’s kind of a melting pot of the eighties. It’s how you remember it.”

The beauty of hobbyDB is it can be a place where folks like Goldberg can revisit certain parts of their childhood by sharing their collections in the database, seeing what others with similar interests have added, and archiving those toys for posterity. “I just love the idea of continuing where Wikipedia stops,” said Goldberg. “For example, a site that has a list of every GI Joe vehicle with all variations but also shows every version of GPK character Adam Bomb is the holy grail for folks like me who have fond memories of the time we played with these.”

We’re glad Adam decided to share his toys with hobbyDB!

Also, when Adam tweeted about Robits versus Robots we were all stumped and thought about why (that he might have just misspelled the word was the first theory put to rest).  Our money was on Zoidberg but we were wrong.  Adam explained that is was actually something his dad used to say (Philly accent?) and that it had always bothered him but has now morphed into a long-running joke on The Goldbergs!

Very cool, congrats on gaining a new brand ambassador and supporter. Adam is a great person, avid collector and true fan of all things 80’s. Many don’t realize that celebrities around the work collection various things:

I have to keep hitting pause while watching “The Goldbergs” to make sure I can visually collect all those toys! Why did my parents have that yard sale in 1988???

This is great news! We need a database of all 80s toys!

Really cool to hear this. We love The Goldbergs and Schooled. Cant wait to see Adams toys on hobbydb!

That is so cool!  I love the show and always have to spend lots of time looking at all those toys.  The best was that visit to a Toys “R” Us store.  Is that all part of his collection, like those Danobanano and Tim Baron specials?  And will they be added to hobbyDB?  This is going to be so great!

Hey Art, that is indeed a very cool scene.  There are more images on this Article by Death By Toys.

Congrats! This is big!  I love some of the stuff he does, please ask him to add them to our site.  Like who comes up with things like this Rubrik Cube and can you buy them somewhere?

Congrats on the awesome addition to your backers! It sounds like the perfect fit!! Adam really loves his 1980’s toys!

(@Joshik should we start on the code for making pop-up databases by decade..?)

Nice one!  That is a feature request!