The Most Expensive Funko Pops Go For Eye-Popping Prices!

For a collectible brand that has only been around a few years, Funko Pop! figures can become surprisingly valuable. In all likelihood, you wouldn’t guess that the most expensive Pop character would come from a movie from almost 50 years ago… Alex DeLarge from A Clockwork Orange. Specifically, the very rare glow in the dark version, a copy of which sold recently online for $13,600. There are several variants of this character, so shop carefully if you want to be a high roller. 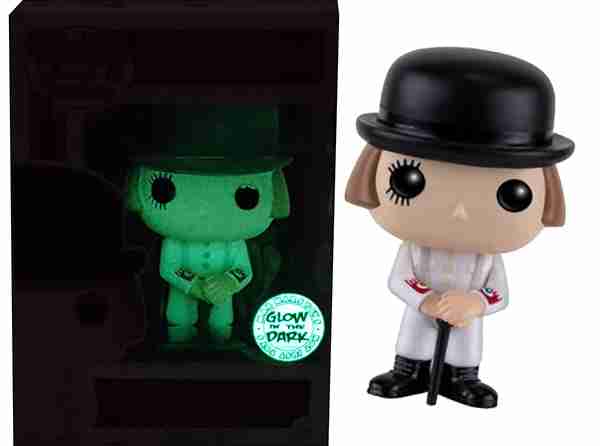 Other recent sales found on PopPriceGuide.com include a few in the $5,000 and up range. Headless Ned Stark from Game of Thrones ($5,500), Dumbo in gold ($5,050) and A giant version of Freddy Funko as Buzz Lightyear ($5,000). These are actual sales, not just someone asking pie in the sky prices. (PPG is a great place to track the values of Funko figures because the prices are rooted in reality.)

Why are such new collectibles going for so much money? Most of the high-end figures are very limited production variants to begin with, and were sold through special channels such as exclusives at the San Diego Comic Con. So, your ability to get one first hand were super slim to begin with. As limited exclusives, the original price is generally a lot higher than the $10 or so you can find most commons ones for at a store.

Of course, with newer collectibles, it’s always possible the price may drop after the initial hype dies down. Then again, with only a dozen of the Giant Freddy ever made, supply is set and demand will likely only go up.

Here are some additional rundowns on valuable Pop figures from other sources. Keep in mind many of these may be based on asking prices and internet legend. But they’re fun to look through anyway.

If there are other good lists please add them in the comments! And maybe eventually somebody will combine all these lists into one Super List!