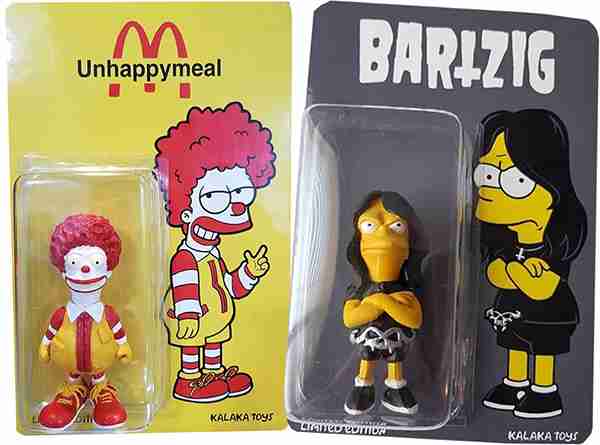 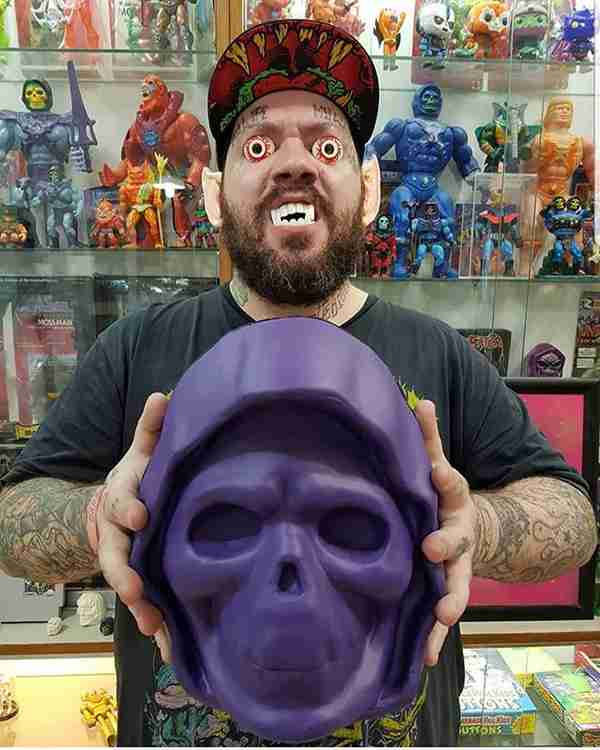 Over the past few years, we’ve introduced you to various diecast customizers. We recently discovered the work of Matias Kalaka of Buenos Aires, Argentina, who makes custom action figures and vinyl art toys. His crazy mashups of completely unrelated universes somehow make sense when you see the quality of his ideas and execution.

Kalaka creates single one-off, hand crafted figures, as well as very limited molded figures under his Kalaka Toys brand. “I’ve been making custom figurines since 2001, and serialized toys since 2010,” he said.  But his passion for tinkering with figures goes much further back. His earliest custom model along these lines was “a Jesus figure in a tin space ship made in the ’60s.” 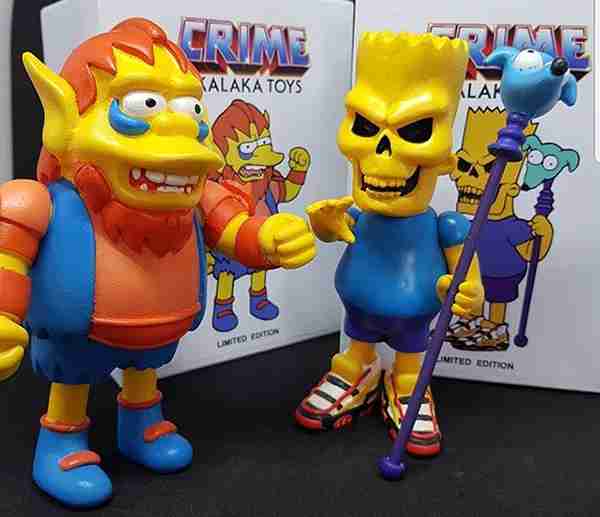 Inspiration comes from all kinds of places. His mashup of ‘80s icons Mr. T and E.T. The Extraterrestrial was a natural given their names. “Mr. E.T., it was a fun mashup, so I’d say it’s fun what drives me and inspires me.” On the other hand, His Simpsons/Masters of the Universe mashup idea came from a friend. “They are characters that were present on a friend’s t-shirt brand, we spoke and I decided they were good enough to be made into toys.”

Other mashups don’t really have a particular theme other than crossing Bart Simpson plus Ronald McDonald or musician Glenn Danzig because… well, as he said, it’s all about the  fun. 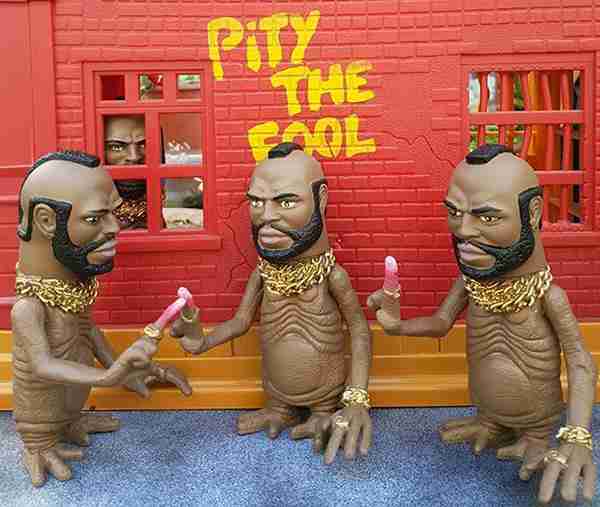 The original sculpts are done with a mix of found parts and existing components from existing figures. “Whatever works best… some are from scratch, sometimes I take some bases and work up from them.” Either way, the final product is made mostly of plastic resin. He tends to work fairly fast. “From the idea to the figurine, it can be quick or take weeks, as some ideas come out clear in my mind and others require more work to end them as I like.” 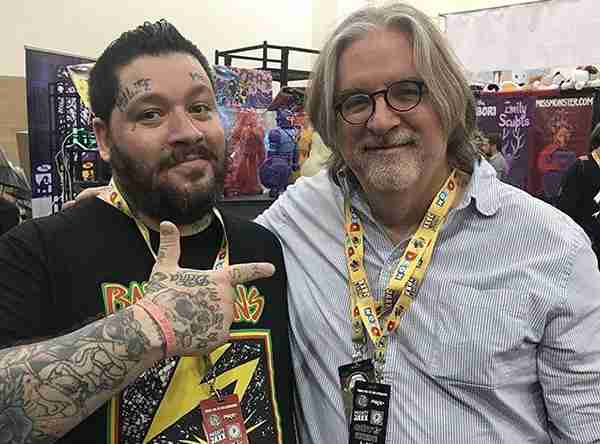 Matias with Matt Groening of Simpsons and Futurama fame. 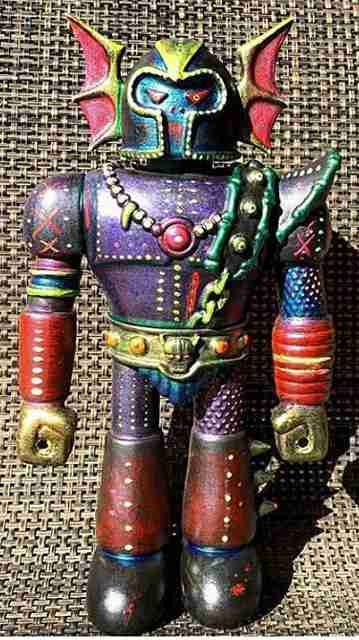 For a sense of scale, most of his figures are in the range between 11 to 25 centimeters (about 4.5 to 10 inches). “I don’t have a favorite, I work on the size that inspiration leads me to,” he said. Since they are limited editions, (and really high quality) they don’t come cheap, running anywhere from about $120 to 350.

Matias says his most difficult project was a Shogun Warlord figure (left). “The Shogun Warlord had a lot of development work, as it was produced in a toy factory it needed a lot of work before the matrix was made.” Being able to make slightly less limited runs makes his work more available to the masses and gives him good exposure. In the meantime, he promotes most of his work through his Instagram account at KALAKA_TOYS. Fans can also follow him on Facebook at KALAKA TOYS.

Other big things are on the horizon as well. “I think that in this year, my most prominent figurine will be released by Medicom.” He didn’t tell us what it is just yet, but it’s sure to be a great execution of a wild idea. 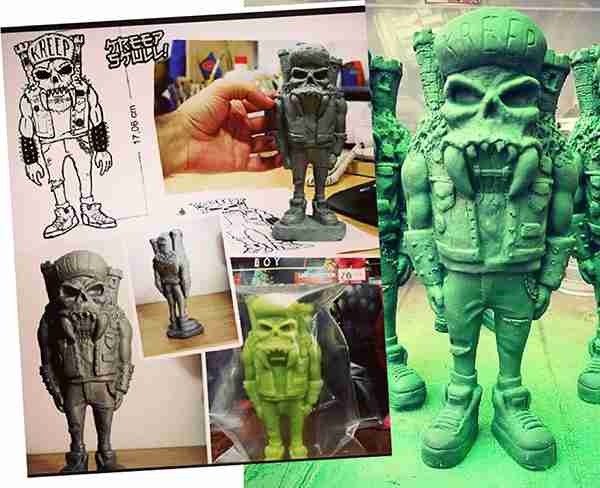 Mario Villarroel, a developer in hobbyDB’s South American office, conducted this interview in Spanish and translated the repsonses to English. (Yes, even the devs at hobbyDB are required to be well-versed and interested in various pop culture phenomena.)