It’s a long weekend for some folks, but collecting never takes a holiday! Fourth of July, Independence Day, whichever you want to call it, is a big deal for a lot of toys and figures. In this case, we are considering overtly patriotic collectibles, so even if they aren’t quite tied into July 4 events, you will still salute them.

The diecast world has embraced the holiday quite frequently. Johnny Lightning did a series of July 4th cars in 2000 with special cards and graphics. Hot Wheels responded with annual holiday cars for the next several years, with July 4 being one of them. And as part of their 50th Anniversary, Hot Wheels did an extended Stars and Stripes series, which hit the pegs last summer. One thing they all have in common… they are all based on American marques, of course. Even Radio Flyer gets in on the action. 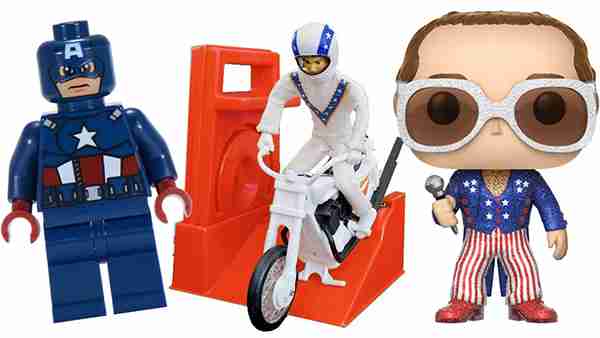 There are unabashedly patriotic things that aren’t related specifically to Independence Day but nevertheless, feel right at home on this date more than any other. Stars and stripes: who wore it better, Captain America or Evel Knievel? Trick question… the answer is Elton John (so what if he’s British?). 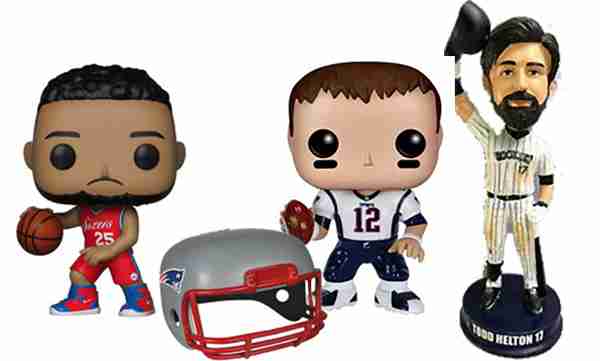 Hard Rock Cafe has released numerous pins and collectibles related to July 4. If you’re looking to complete the set, there are over 1,500 pins in our database just for this occasion, so get going.

The Garbage Pail Kids have also managed to find a way to commemorate independence in their own, umm, special way. Numerous cards fit the spirit of the day, not to mention their takedowns of various politicians over the years.

The 1976 American Bicentennial was a year-long stars and stripes fest that produced some of the greatest collectibles and toys ever. Seaboard Coast Line Railroad created a special Spirit of ’76 locomotive which became one of the best selling electric train models ever. Not to be outdone, Kenner decorated their already marvelous Smash-Up Derby set with a red, white, and blue motif for the most patriotic Ford vs Chevy battle ever. Buick offered a, ahem, subtle “Free Spirit” livery on the ’76 Century (or would that be a Bicentury?) And of course, many states got into the action with special Bicentennial license plates. 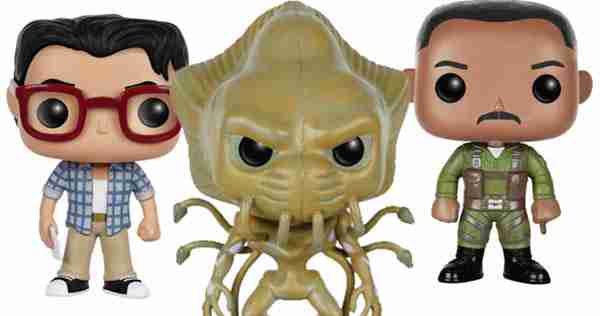 The 1996 sci-fi flick Independence Day celebrated by blowing up the White House as well as half the other iconic buildings in the world. Will Smith and Jeff Goldblum versus aliens meant spectacular, explosive fun at the cineplex and on your shelf. 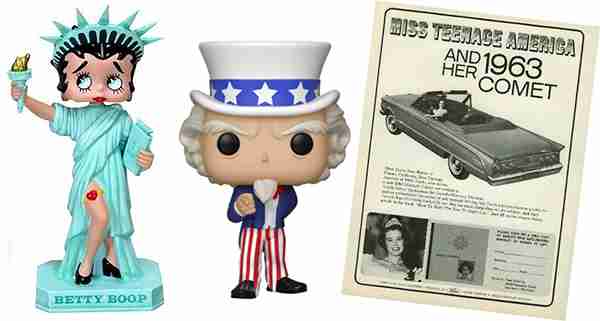 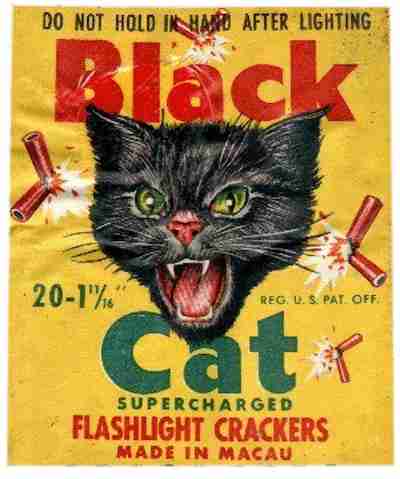 Speaking of holiday explosives, fireworks may have been invented in China, but doggone it, the USA has certainly made them our own thing. Black Cat has one of the wickedest logos of any company in the world, and this vintage poster is pure dynamite.

Other icons of the holiday have foreign roots as well. The Statue of Liberty was a gift from France, of course, but she has made her home in New York ever since. The classic poster of Uncle Sam, oddly enough, was derived from a British character. Miss Teenage America on the other hand? She’s from here and drives a Mercury Comet, of course, at least in this ad.

However you choose to celebrate Independence Day, please be careful this weekend. Don’t want to damage the corners on those boxes and blister packs, right?

Got any other favorite July 4 related collectibles? Tell us about them in the comments!

Very cool and well written. Thanks!!

Celebrate the holiday by seeking out those red, white and blue diecasts!

I have the 4th of July and stars and stripes hotwheels in my collection. 👍Happy 4th of July hobbydb.👍