18 Cereal Mascots Who Were Part of Your Balanced Childhood 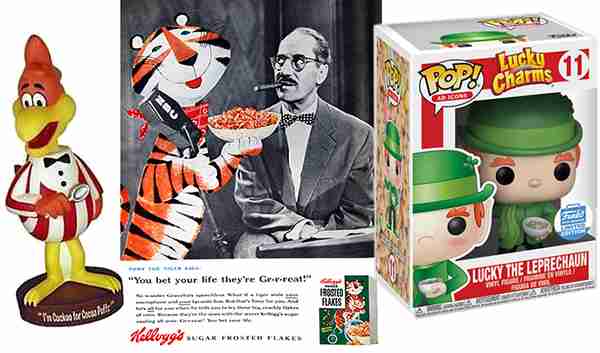 From the first moment someone decided to ramp up the sugar content of breakfast food to appeal to children, Cereal Mascots have been a part of your breakfast table. Some obvious ones come to mind (Sonny, Tony, and Lucky) but we’re also trying to dig a bit deeper here for some more obscure, short-lived brands. So let’s dig in! You might have some flashbacks (or just a huge sugar buzz). And in hobbyDB fashion, we’re mostly concerned with the collectibles related to these characters. 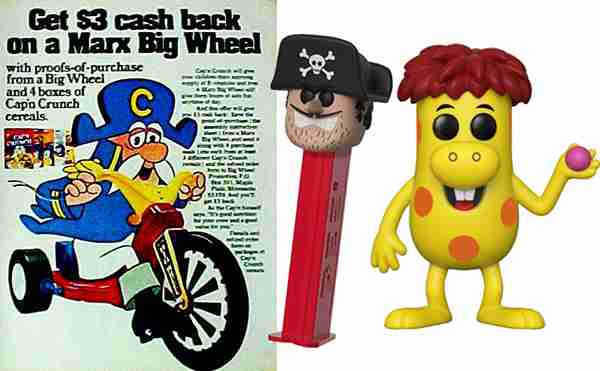 Cap’n Horatio Magellan Crunch has long been one of the heavy hitters in the business, but has had a flotilla of additional characters on board with his campaign over the years. Most notably pirate Jean LaFoote, whose Cinnamon Crunch had a high seas beef with the Cap’n for some reason. The Crunchberry Beast’s motives were less clear, but he seems benevolent. This yellow, spotted shmoo could survive on just the Crunchberries found on his island… just like kids would go on to devour Oops! All Berries cereal and live to tell.

You remember Quisp, right? Quisp was a staple of breakfast tables in the 1960s and ’70s, who makes frequent comebacks in the grocery store so you won’t forget him. The goofy space alien with the propeller on his head was designed by Jay Ward, who also brought you Bullwinkle, Mr. Peabody and other wacky animation. But Quisp had a rival, a miner named Quake. Quake got his own cereal in the mid ’60s (essentially the same recipe, just shaped differently). They were positioned as having a feud, in which kids could vote with Mom’s wallet. In the early ’70s, kids were given the opportunity to mail in postcards to vote on who got to survive and who would be left soggy and forgotten. I gotta admit, it was a powerful kick mailing that card in! 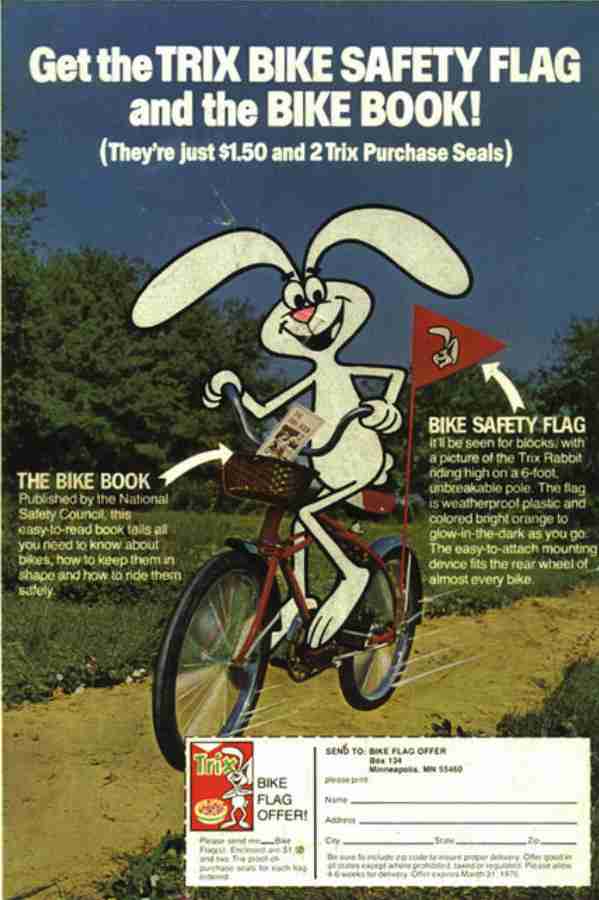 But there was a third cereal in the Quaker queue. After Quake was shoved back into the ground, a similar cereal called Quake’s Quangaroos came out, but with a flavor that looked like orange, tasted like orange, but it wasn’t orange. No vote was needed to banish this cereal. (Sadly, there are no collectibles of this character… yet.)

The fate of the Trix Rabbit (did you know his name is Tricks?) was similary tied to the fickle nature of kids’ whims… in 1976, kids could send in a postcard voting on whether the rabbit would finally get to eat the cereal. He won handily. They repeated it in 1980 and again in 1991 with similar outcomes. Who says democracy will never work? 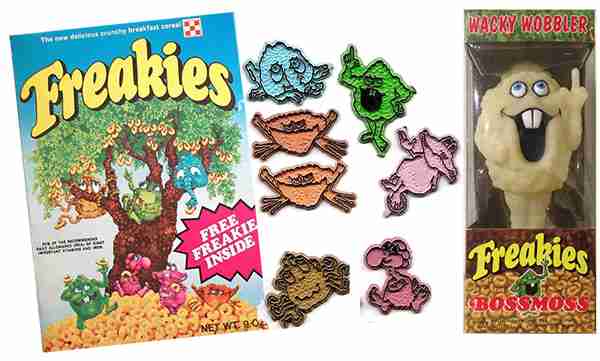 The Freakies were very much a product of their groovy time. Weird fruit shaped critters with back stories and distinct personalities were a bit much for this extremely, well freaky combination. In addition to early figures and magnets found in specially marked boxes, they have been immortalized more recently.

Speaking of weird cereal spokesmonsters, General Mills had a huge hit on their hands when they introduced Count Chocula and Franken Berry in the early ’70s. And they struck it big again with Boo Berry, whose purpose was to scare the other two squabbling mascots. But how many of you remember the other monster cereals? Fruit Brute joined the fray for a few years, but was sent to an early grave, as was Yummy Mummy in the late 80s. Funko dove deep and included those fruity monsters in their Wacky Wobblers and Pops series. 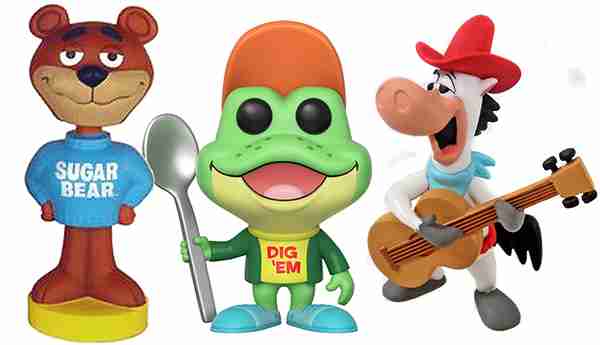 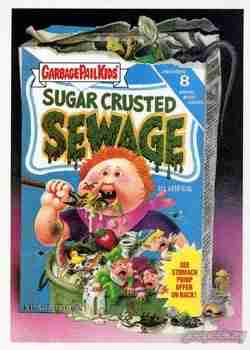 Honey Smacks and Golden Crisp cereals share more than similar recipes… They were known as Sugar Smacks and Super Sugar Crisp originally, and featured a frog (Dig ’Em) and a bear (Sugar Bear) as their mascots. Both cereals would rebrand to Honey Smacks (and then just Smacks) and Golden Crisp (although the mascot is stlll Sugar Bear). Obscure fun fact: In its early days, Hanna Barbera’s Quick Draw McGraw repped Sugar Smacks. And naturally, Garbage Pail Kids got a lot of fodder out of such characters.

Of course, we’ve only just devoured breakfast. Sometime soon, we’ll take a look at spokes characters for other meals (as well as some non-edible products).

Who is your favorite cereal spokes character? Let us know, especially if there are relevant toys and collectibles.